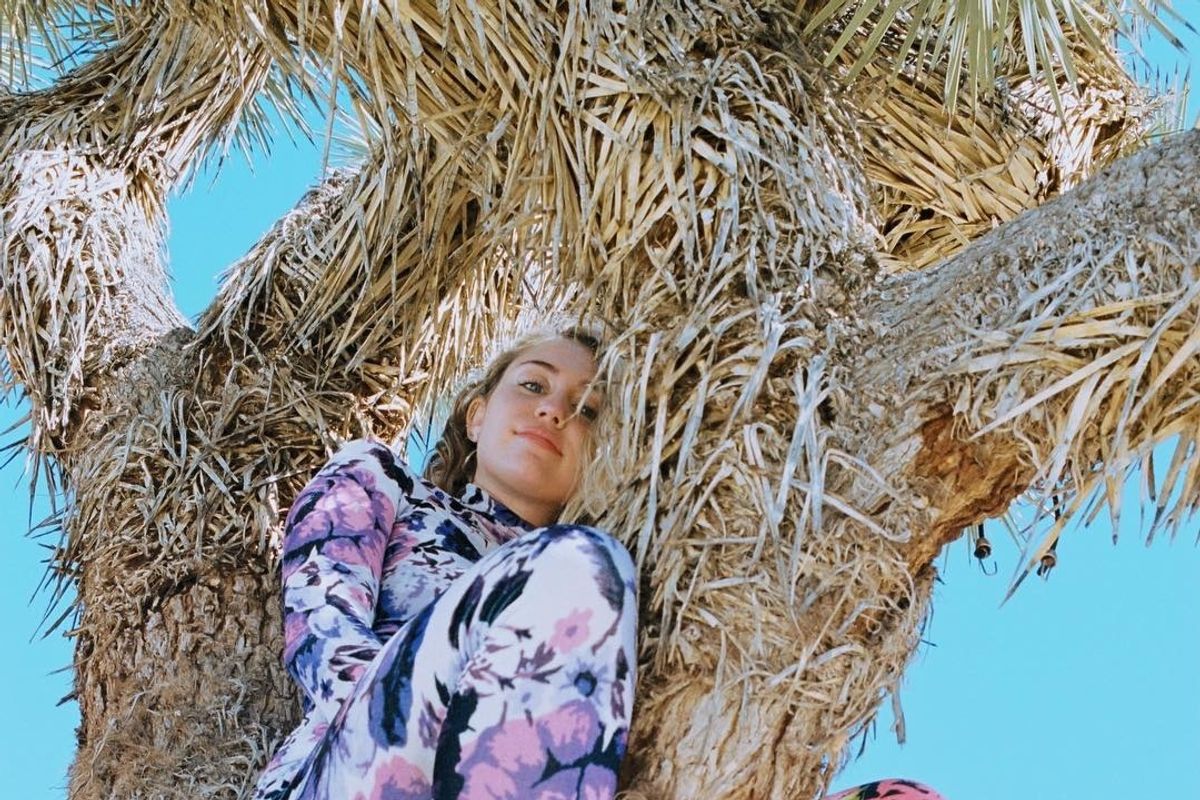 On Tuesday, Miley Cyrus posted three photos of herself sitting atop a Yucca tree — more commonly known as a Joshua tree — to Instagram. She's not the first person to use the rare desert plant for content, but the images have sparked fiery backlash from environmentalists and national park lovers.

Cyrus was forced to switch off comments after facing criticism for putting the tree in peril — the practice of climbing Joshua trees is banned by national park rangers, who say the species' weak branches and shallow root systems are unable to cope with the stress. Native only to the southwest, the Yucca is a protected species under threat from climate change. Recently several specimens were lost when illegal campers took axes to them during last year's national park shutdown.

Many commenters worried that Cyrus was setting a bad example for her millions of followers, although according to BuzzFeed News, Gigi Hadid and Noah Cyrus complimented the photos. We're sure Cyrus, a known nature lover, didn't mean anything by the photos, in which she looks cute. She is yet to issue a statement on the matter, but a Notes app apology is no doubt forthcoming.

The entire ordeal presents a solid argument for celebrity finstas. And for listening to park rangers! We hope both Miley and the tree are okay.