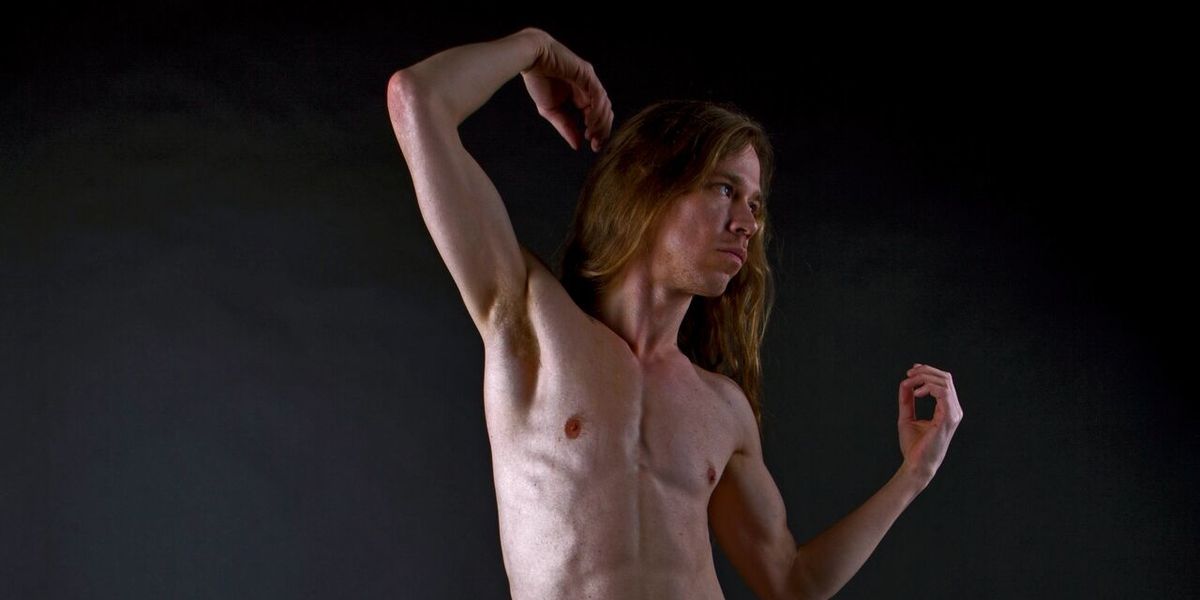 If you haven't yet heard of Mich Cota, she's an empowering new voice in music whose perspective we need. Cota is a two-spirit trans woman who grew up in a deeply religious home in Southern Ontario, Canada. She was raised by a native father and white mother. From age three, she wrote simple songs on the piano, a process that created her own safe haven and molded her own sacred ideals. Cota found further comfort and solace in the expanse of nature, having also grown up surrounded by it. There, she was free of shame and the confines of theology.

Cota is gearing up to release on November 2 her debut album, entitled Kijà / Care, which navigates past traumas while exploring her queer experience with heartfelt sincerity. "Sometimes it's difficult to show who I am, but I use my music and performance to help elaborate my essence," Cota says in a statement announcing the album. "As a trans woman presenting with the body I have now, I challenge myself as well as others to not immediately categorize gender. I inhabit a male form, but I am a woman. This is my truth; I deal with dysphoria from social and self-criticism but hope to pacify these insecurities through creative practice. A wish of mine is for moments of self-doubt to exist in the past, making way for new growth."

For the album's hazy and rhythmic title track, which also serves as its first single and corresponding music video, Cota's lyrics and visuals expand on the concept of community and how it facilitates (or becomes a catalyst for) one's personal growth. In the video, filmed in Montreal, Cota and a diverse group of queer, indigenous, and POC friends dance and pose in front of religious monuments, negating the oppressive facts of her everyday life to commemorate something truly sacred: love.

"There were a few moments where it felt so good to let go of any insecurity and dance and imagine a place where walls don't exist," Cota says. "Small practices of imagining a freer world are important to me."

Check out the PAPER premiere of "Kijà / Care," below, and read on as Cota opens up about the video's themes, what to do with privilege, her Algonquin roots, and radical acceptance. Pre-order Cota's debut album, here.

Can you clarify how you came to call this project "Kija / Care"? Also definitions of the indigenous word "kija" seem to differ. I've found results that say it means "unknown" and others that say "to imagine." What does it mean to you?

Kijà means "care" in Algonquin. It's an Indigenous word that made me shift the way I see the world every day around me. I made a piece called "Kijà" that I performed at La Vitrola in Montreal for resistance against the Dakota Access Pipeline. The phrase, "Do you see; if we don't act now, we will lose everything," was repeating and echoing for the entire 20 minute performance. A string quartet accompanied saxophone playing a traditional Algonquin melody while vibraphone and ambient electric guitar supported the ancient passage.

I stood center stage in a red dress as two people slowly cut the garment into pieces, leaving remnants on the floor. Eventually I was left standing completely naked in front of the audience and collapsed as the piece began to slowly fade into the past. Although the importance of Kijà has continued to influence how I interact with the world, this word and concept is not mine to claim authorship. I've tapped into this way of being, and am interpreting how to share Kijà as I continue to find thoughtful ways to provide care.

I often give myself small tasks or challenges when I'm processing abstract emotions. Especially when I'm feeling low or confused with my temporary inability to connect, I use simple, almost laughable reminders like "Kijà! Care!" to make it easier to relate with others.

"It is important to unpack privilege we have been granted and find ways to help each other."

It feels radical to dance in front of religious monuments as people oppressed by those cultures. Tell me about that day of filming for you and those involved. What did it feel like?

The "Kijà / Care" music video was a practice in bringing some queers, indigenous folks and POC within my social radius at the time to feel themselves despite their physical surroundings. The convent takes up so much space, it felt appropriate to hug the walls with individuals who deserve basic freedoms that have been reprimanded.

For some people, it is a risk to show who you are. Even in Montreal, the overlap of social spaces can lead to some scary conflict. As a two spirit woman I can absolutely say that racism, homophobia and transphobia is everywhere. I experience aggression almost every day, even with my privilege as a white passing, perceived-male individual.

There were a few moments where it felt so good to let go of any insecurity and dance and imagine a place where walls don't exist. Small practices of imagining a freer world are important to me. I don't want to mess with any ones need to feel safe; it is important to unpack privilege we have been granted and find ways to help each other.

My project is me! I want to have fun and feel loved. My Algonquin ancestry exemplifies methods of acceptance while being mindful of the earth. Every day I experience in my body is a miracle and I find it easy to forget the wonder of existence though years of being told that boredom is a choice. I believe that boredom is either a state of confusion or unwillingness to escape a stagnant environment. Unless you're locked in a cell against your will (such is the unjust reality for too many POC and indigenous folks), there's no excuse.

I made the choice to abandon my jobs; working for basic bosses. I made the choice to work hard doing what I love to do; make music and share my perspective as I continue to grow. I know I'm not alone, and in my youth I really thought I was- isn't that silly? It's important for me to express where I'm at right now- I'm a proud queer two-sprit woman who is DTF, riddled with cryptic dreams, constantly reckons with PTSD, loves psychedelic experiences, converses with her dead friends and is here to try and make the world a shinier place through song and dance.