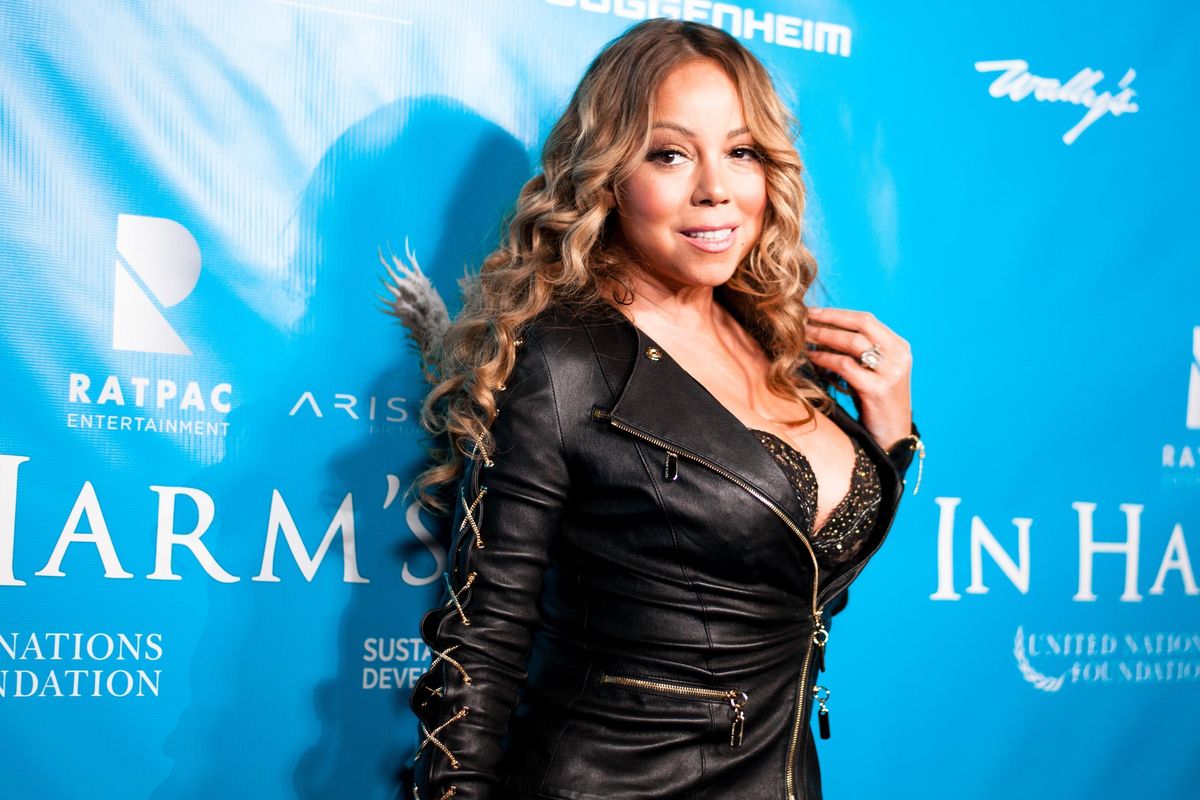 Last year, Mariah Carey teamed up with MAC Cosmetics for the second year in a row to release an exclusive line of limited edition makeup. The collaboration, which was popularized with the #MACMariahCarey hashtag, was well-received both times. Unsurprisingly, people adored the champagne and nude tones, particularly those that featured the signature glittery shimmer the singer is known for wearing herself. Given the success of those lines, it seemed like it would only be a matter of time before the Emancipation of MiMi singer tried to enter the beauty market on a more permanent level.

Well, here she is! Except this time she isn't teaming up with a big beauty company like MAC to help sell her products. Nope, Mariah Carey is going at this as an independent brand — aided only by her partnership with manager Stella Bulochnikov. According to a source, who spoke exclusively to Page Six, Carey and Bulochnikov were spotted touring an empty retail space on Los Angeles' Beverly Drive yesterday afternoon.The source revealed that the storefront was one of many the two have checked out recently — hoping to find one suitable to sell Carey's own line of "makeup, skin care and fragrances." They hope to launch the product alongside the store opening before year's end — presumably to capitalize on the post-Thanksgiving holiday shopping mad spree — but believe strongly that it will open by "next year at the latest."

I don't know about you, but I can't wait to try to achieve Ms. Carey's silky smooth glow.