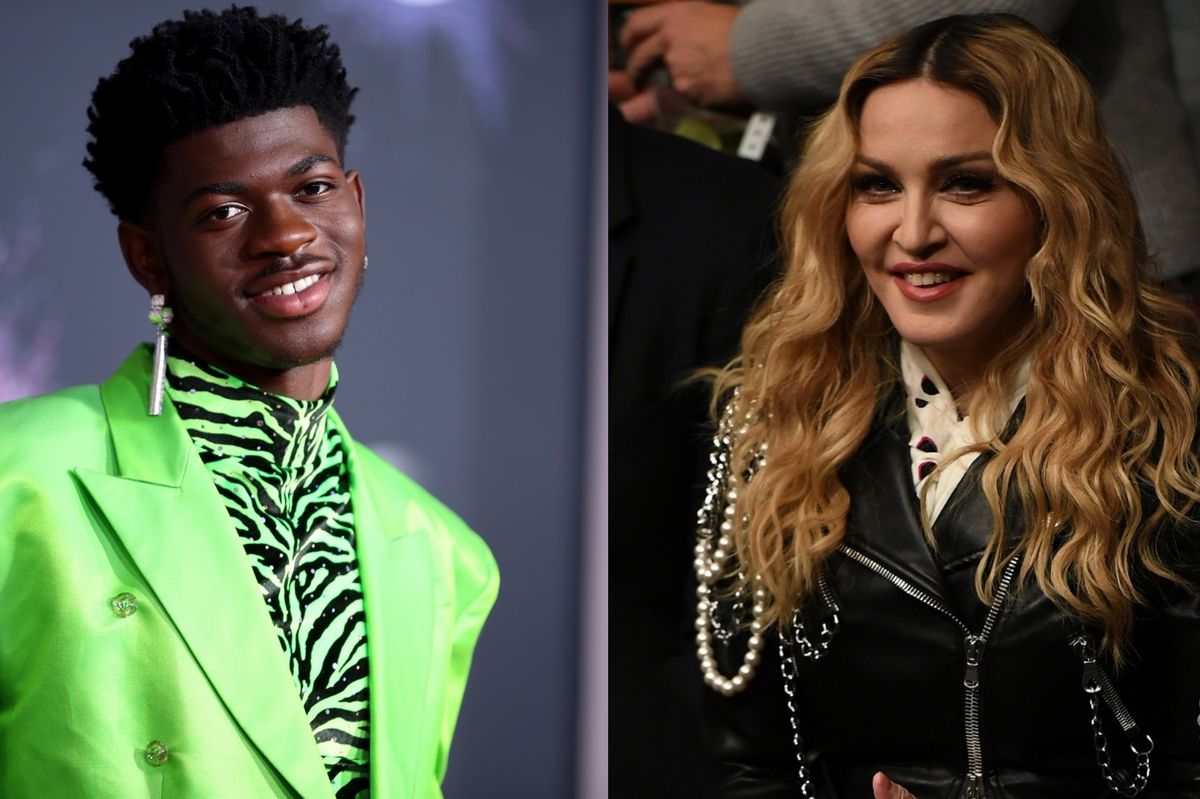 The forces of Madonna and Lil Nas X collided in Los Angeles during the Queen of Pop's Madame X tour, and thankfully it's all on video. In a clip Madonna posted to Instagram, she sidles up to our fave and asks for a sip of his "thirst-quenching" beer.

After taking a hearty swig and awkwardly joking about backwash, Madonna expresses her excitement that 2019's breakout viral artist is at her concert while flirtatiously tapping his thigh. Lil Nas charmingly responds by stating, "I'm in the presence of a legend. I'm just happy to be here."

Their banter continues, with Madonna calling Lil Nas by his first name, Montero. She invites him to her horse farm, too. Then comes the inevitable Madame X-Lil Nas X collab, as they break into a rendition of "Old Town Road." Madonna even jokingly offers to release a song with Lil Nas X about chickens?

It turns out they're both fire signs — Madge is a Leo, Lil Nas X an Aries — hence the chemistry. The wholesome, weird encounter ends with the two stars wishing the best for each other. We're really just happy Madonna gave Lil Nas X his beer back.