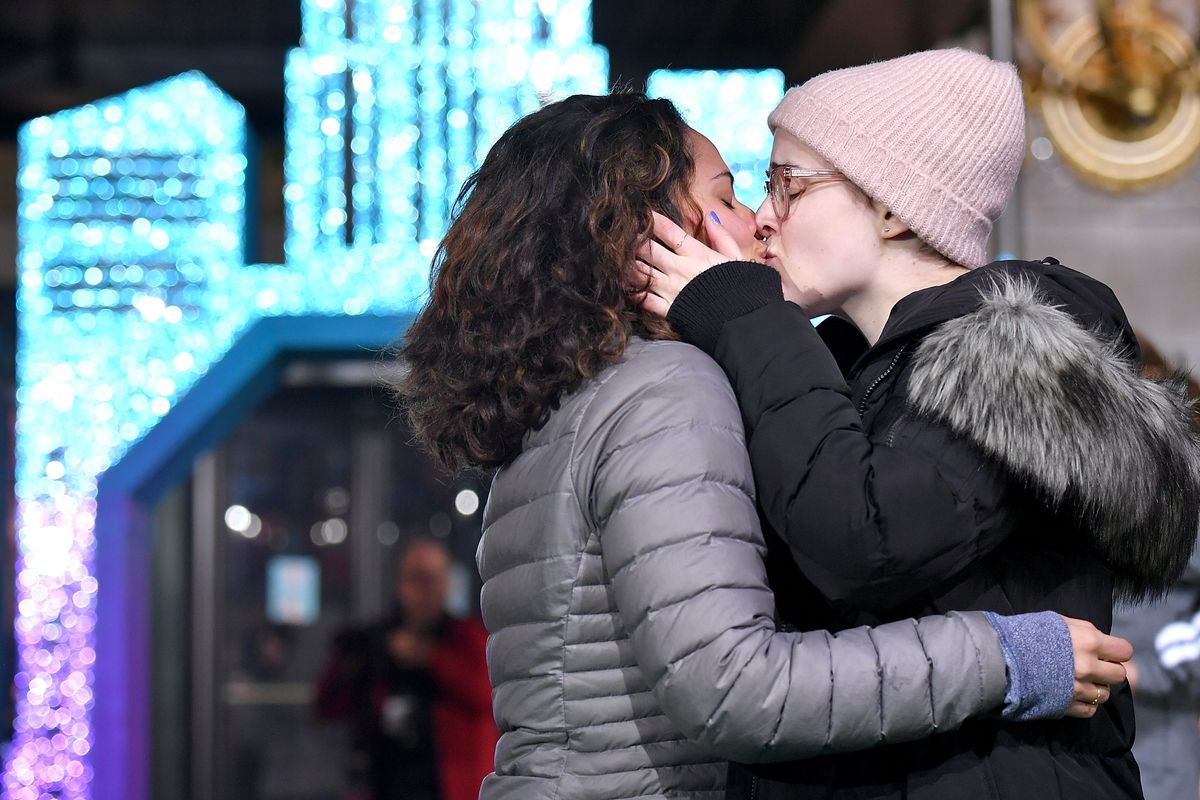 This year's Macy's Thanksgiving Day Parade was historic, not only because it's the coldest one on record since 1901, but also because this is the first time the annual program featured its very first LGBTQ kiss broadcasted on live television.

The Broadway cast of musical "The Prom" performed their number, "Build a Prom" on Thursday in front of Macy's at New York City's Herald Square. The comedy is about four former Broadway actors on a mission to throw a properly inclusive prom for all teenagers in small-town Indiana. And the two main teenage lovebirds of the story, Emma and her girlfriend Alyssa — played by Caitlin Kinnunen and Isabelle McCalla — shared a kiss for all of America to see.

The cast members expressed how thankful they were for the chance to show that #LoveIsLove on such a huge platform. Actor Josh Lamon tweeted, "The first #LGBTQ kiss in the Parade's history. We here at @ThePromMusical have never been so proud."

So proud. So thankful. pic.twitter.com/DGTYNsJhxB

But of course, the performance has been subject to some online haters because, well, it's the Internet. Thankfully, we've got people like Alyssa Milano to clap back at unnecessarily negative energy.

My small children’s innocence was broken by active shooting drills in school.

Watch the whole musical number below: