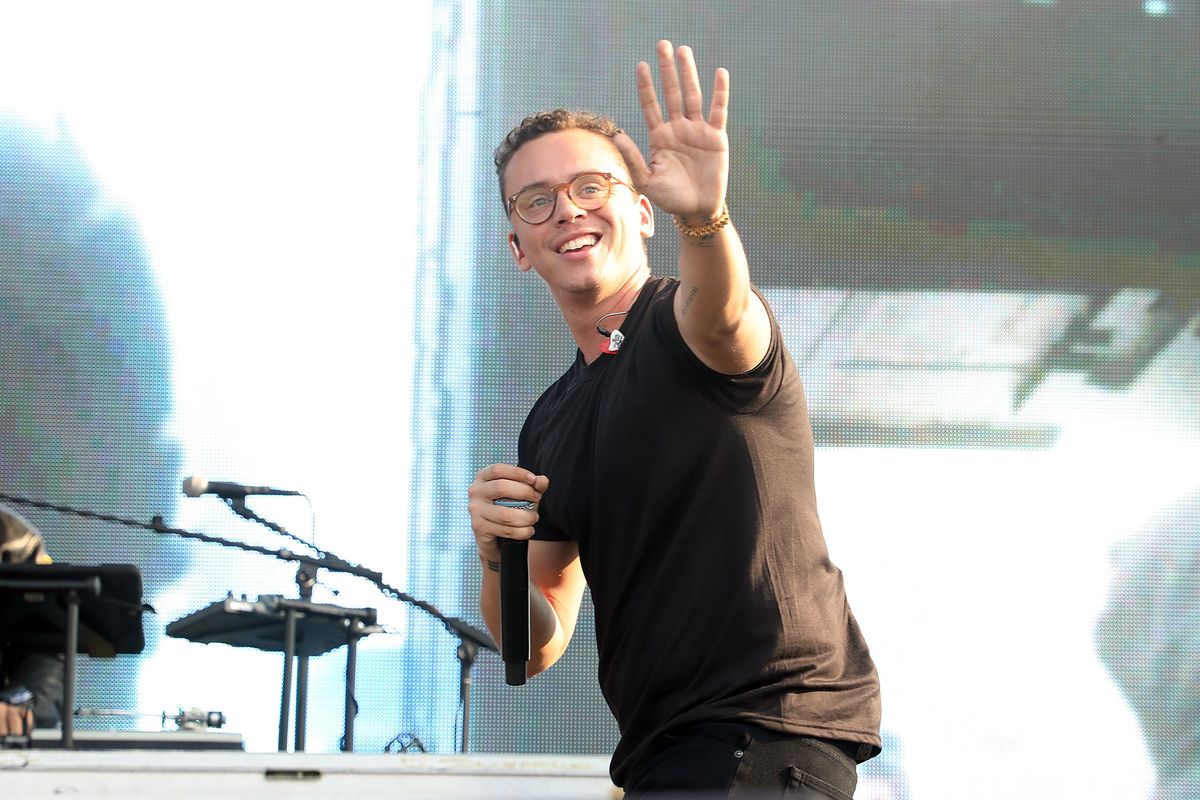 After feeling "under pressure" for nearly three years, deciding whether or not to continue creating music, Logic is finally putting his career aside to focus on being a full-time father.

The Maryland rapper tweeted that his July 24 release, aptly named No Pressure, will officially mark his retirement after over a decade in the business.

"It's been a great decade," Logic wrote in the tweet. "Now it's time to be a great father."

Officially announcing my retirement with the release of “No Pressure” executive produced by No I.D. July 24th...

It’s been a great decade. Now it’s time to be a great father.

At first, fans brushed the announcement aside, considering this isn't the first time Logic promised imminent retirement. In 2017, after the release of Everybody, the rapper said he'd drop just one more album before leaving the industry.

But Logic showed no signs of slowing. Since then, he's released three official studio albums, including 2018's YSIV, 2019's Confessions of a Dangerous Mind and the forthcoming No Pressure, as well as the soundtrack to his 2019 novel, Supermarket and a 2019 mixtape, Bobby Tarantino.

In 2018, Logic also signed a supposed $30 million deal with Def Jam and boasted about the huge life change. "Going from Section 8 and food stamps and welfare to 200 grand was life-changing, but the life change I'm talking about is the $30 million deal I just signed," he told Zane Lowe on his Beats 1 show.

Related | Logic and Joseph Gordon-Levitt vs. The World

So while reignited talk of retirement may be a shock after his past three years of success, Logic's change of heart comes on the heels of fatherhood. In No Pressure's titular song, dropped in August 2019, he rapped about his child on the way with wife Brittney Noell ("And I'm having a little baby/ Surprise it's a little baby boy/ Fuck TMZ, they can't get the scoop on that shit") and further confirmed his son's birth with a social media post in April.

It's unclear whether or not this announcement is simply a publicity stunt for his latest work, or if the rapper is serious about retiring, but either way — the internet had some thoughts:

One of the most disrespected artists. He may be retiring, but we won’t forget prime Bobby and his message. #Logic https://t.co/WXHPH45cDl
— SaucyAFC (@SaucyAFC)1594953387.0