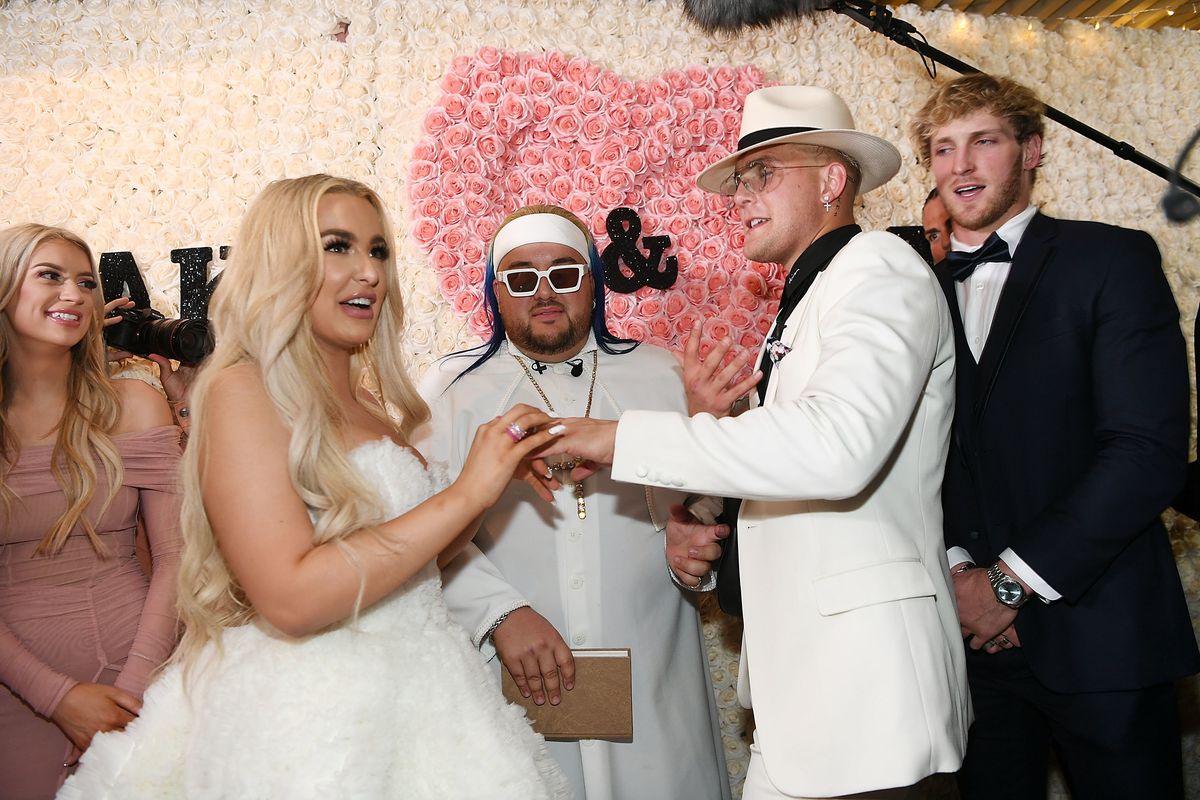 Yesterday, controversial YouTubers Tana Mongeau and Jake Paul officially tied the knot during a Las Vegas ceremony filled with some of the internet's biggest names. And while a fist fight at the altar should've been the peak of all the drama, things were clearly not stopping there.

Despite serving as Jake's best man, older brother Logan has made it clear that he thinks the wedding is a little shady.

Last week, while speaking on Barstool Sports' KFC Radio podcast, Logan said he didn't really know what was going on between Jake and Tana. However, he does think there's something strange about their whirlwind engagement after only a few months of dating.

if this plane crashes it’d be legendary... wish us luck... also time to get married 💵😭🦋

"There's no exchange [of money] but you can make money together," Logan said. "Like, say you make merch together, you probably split, like, 50/50 split."

However, Tana claims that Logan is coming around. While speaking to Entertainment Tonight at the reception, the bride said Logan took "a lot of convincing," but she believes it's because "Logan is just apprehensive to see Jake get hurt, because Jake's been hurt a lot."

The wedding has started💗

"I also think it's one those things where he loves his brother and, you know, if it's fake, he wants to, like, give him shit for it and evaluate it," Tana said before continuing, "Watching him, like, give that speech, like, emotionally … even with his little fucking digs ... it was beautiful. In its own twisted Paul family wedding way."

That said, if Logan had actually softened toward the union, he didn't really give any indication on the reception red carpet.

According to Page Six, Logan said he gives Jake and Tana "a month, a month and a half" and said the only advice he has to give is, "Don't get married when you're 22."