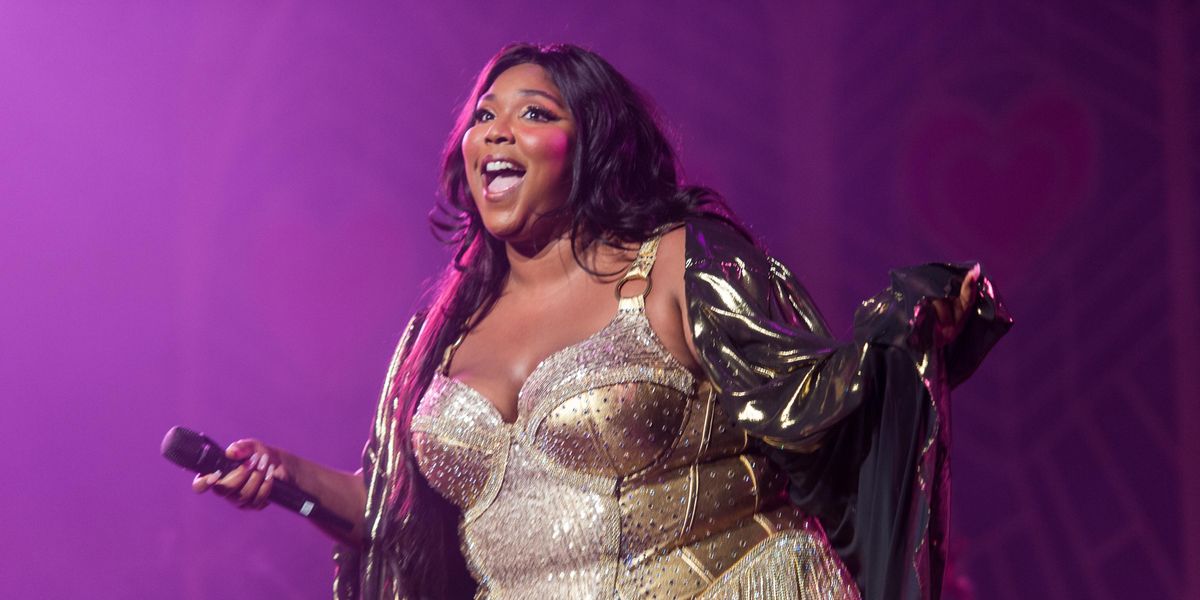 Lizzo is once again furthering the conversation about unrealistic beauty standards — and this time, she's doing it with a nude selfie.

On Tuesday, the star ushered in Taurus season by posting a completely unedited photo to her Instagram. And even better? She did it all to make an important point about challenging social media's ever-growing problem with filters and digital photo manipulation.

"Now normally I would fix my belly and smooth my skin," she captioned the post. "But baby, I wanted show u how I do it au natural."

Lizzo — who's always been an advocate of the body positivity movement — then went on to explain that the artful nude also doubled as an announcement for her new partnership with Dove's Self Esteem Project, which aims to "reverse the negative effects of social media and changing the conversation about beauty standards."

And according to People, the "Truth Hurts" singer elaborated on this during a recent Zoom conference in which she talked about her own self-image struggles, even though she grew up without all the technology we have now.

"I didn't have photo retouching or filters," Lizzo explained. "It scares me to think that now there is a tool that actually cashes in on that insecurity and it makes it bigger. It feeds the monster."

Not only that, but Lizzo also went on to say that she hoped society would eventually get to a place where body positive statements aren't considered a big "political statement."

"It's just my body. When you see it, keep it pushing. Keep that same energy that you keep with all the other bodies you see. That's what body normative really means to me," she said. "I'm here, don't say anything. It's not a statement. It's my body."