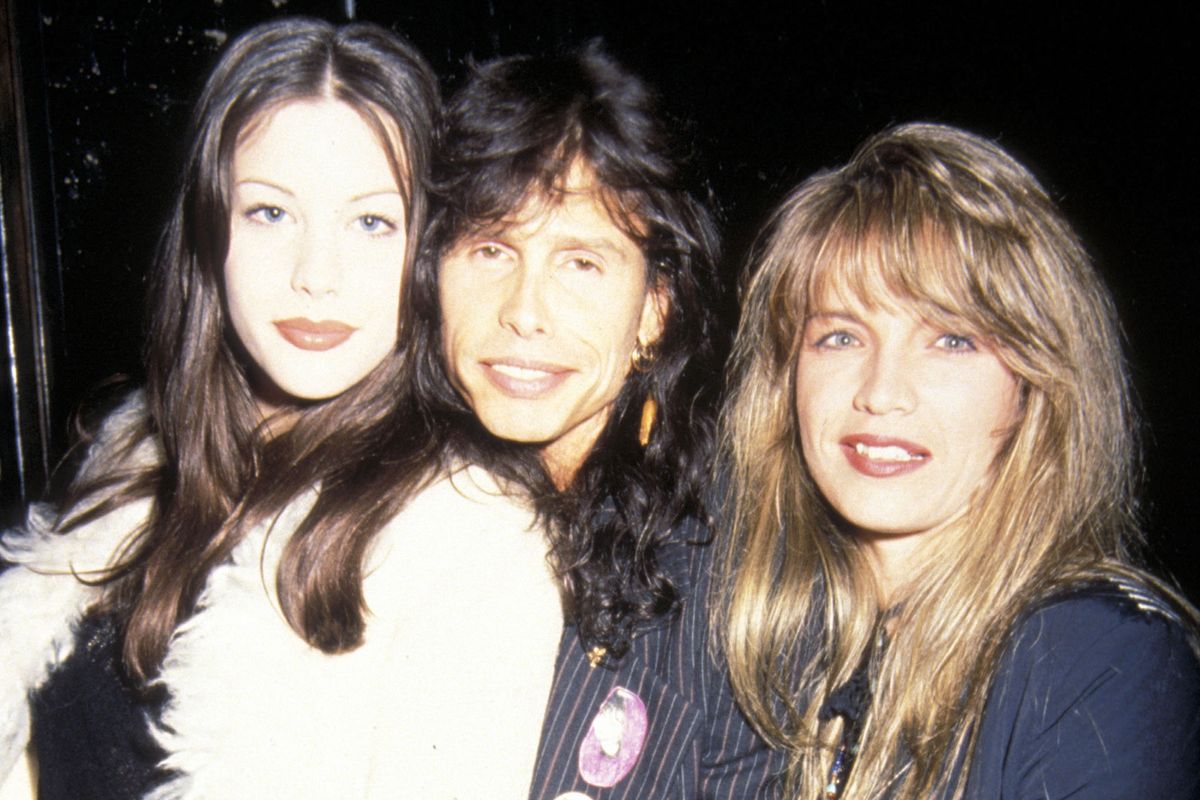 "Who's your daddy?" is one question Liv Tyler grew up giving the wrong answer to, unbeknownst to her. The actor, best known for her roles in Empire Records and Lord of the Rings, would rightfully tell people that her dad was the rock'n'roll star and Utopia singer Todd Rundgren. When Liv was born, her mother — the Miss November 1974 Playboy Playmate Bebe Buell — was living together with Rundgren. However, a 1976 tryst with Aerosmith frontman Steven Tyler resulted in Liv's unexpected birth a year later. She was given Rundgren's last name, and he stepped in as her father, until many years later when the secret was revealed.

"Todd basically decided when I was born that I needed a father so he signed my birth certificate," she said in a 2011 Wonderland interview. "He knew that there was a chance that I might not be his but…"

Around age eight, she began to gather suspicions that Steven Tyler was her real father when he appeared at a Rundgren concert and bumped into Buell and Liv. "I was watching Todd play and I was like, 'Ugh, I don't wanna come!' And she pointed to this guy standing at the bar and I was like, 'Is that Mick Jagger's son?' And he bought me a Shirley Temple," she recalled to Wonderland. "I fell madly in love with him. I had no idea who he was."

It wasn't until age 11 that she gazed into his big mug, pinned up on her wall, and it slowly dawned on her that they might be related. "I didn't read much as a kid. Strangely enough, when I first met my dad [Aerosmith singer Steven Tyler], I didn't know he was my dad and I fell in love with him. I put his poster on my wall," Tyler told Interview magazine in 1997. "I would talk to him on the wall … My mom has a diary entry or something where I wrote, 'I think Steven is my father.' I had the same feelings for Todd [Rundgren, who raised Liv as his daughter]."

Buell kept it from Liv because, at the time, Steven was reportedly heavily addicted to drugs and unfit to rear a child. "After we met, he, Steven, started calling and we'd go see him. He was just out of rehab, so part of going through those steps is making amends by reaching out to my mom after years of being a drug addict and not ever being there. He'd never met me before," she continues in Wonderland.

Though the father-daughter relationship has since been repaired, it was still touch and go at points—like when Tyler hit on his daughter's friend Cameron Diaz. "I have more empathy for my parents now," Liv told The Daily Telegraph in 2008. "As a child I didn't understand why that would happen — how that could happen," she said. "Everybody had a different interpretation [of the situation] and how they participated. And you know what — I'm OK with that. All that matters is whatever kind of relationship I can have with them now." Tyler entering his daughter's life at a later stage kinda gives a whole new meaning to the Aerosmith song "I Don't Wanna Miss a Thing," no?