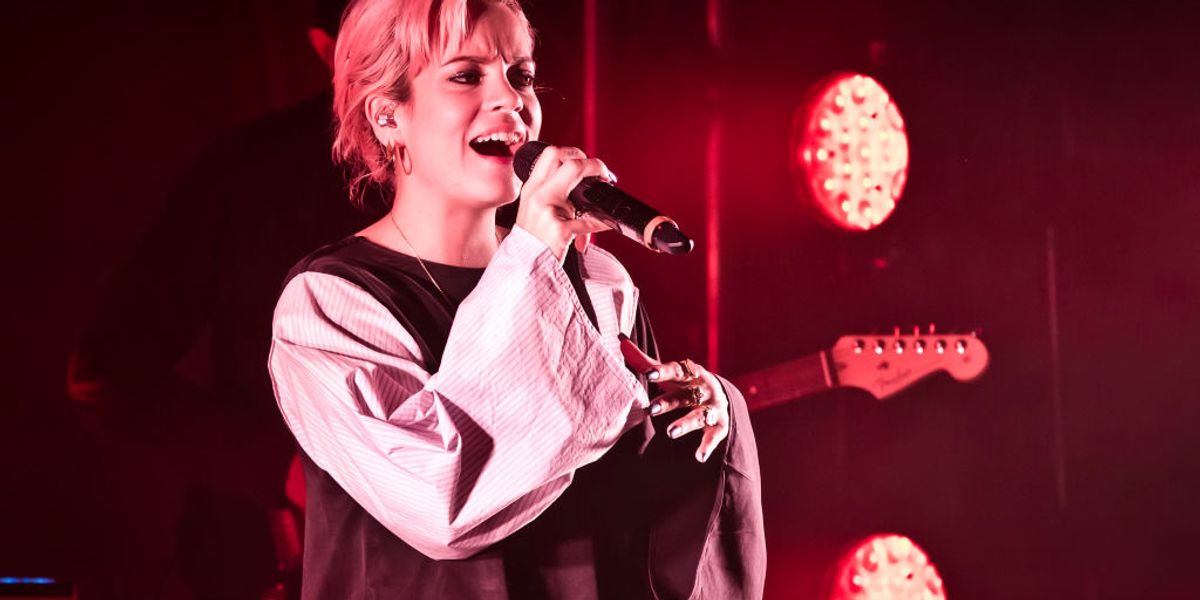 Lily Allen has just come forward with sexual assault allegations. Her attacker is a "Record Industry Executive," who she cannot name for legal reasons. But the attacker in question assaulted her while they were both in Los Angeles, and it's someone whom she has previously worked with. The singer gave a very detailed account in a recent interview with The Guardian Weekend Magazine.

Please be warned that the account below is somewhat graphic and may trigger those sensitive to anxiety:

"I woke up at 5am because I could feel someone next to me pressing their naked body against my back. I was naked, too. I could feel someone trying to put their penis inside my vagina and slapping my arse as if I were a stripper in a club. I moved away as quickly as possible and jumped out of the bed, full of alarm. I found my clothes quickly and ran out of his room and into my own."

Allen says that she previously blamed herself for the assault because she was drinking. She didn't confront her attacker, nor did she report him. Instead, she continued working with him. She explained to The Guardian that "she felt silenced because he had more power and money than her, and that she feared being labelled 'hysterical' and a 'difficult woman.'"

But when she went back home to London, she decided to consult a lawyer and sign an affidavit recalling the events. "I wanted it on record that I'd been sexually abused by someone I worked with."

Later, she did refuse an offer to work at a Radio 1 promoted gig where one of the Record Industry Executive's artists would also be present. "So I had to turn it down. Because I didn't want to be around him. And I got punished by Radio 1 with no airplay for my next single, Trigger Bang – I just couldn't tell them why I couldn't take the slot," she told the magazine.

Allen wants to emphasize that she is not the only woman who's experienced this in the music industry. She tells The Guardian that there should probably be a "proper union for musicians," especially for female artists to feel safe.

The musician, who recently launched her autobiography My Thoughts Exactly, has two daughters and hopes that things will be better for the next generation. "Let's try and teach our daughters to be stronger and more resilient, better at being less grateful, more insistent on being taken seriously, louder at saying no."