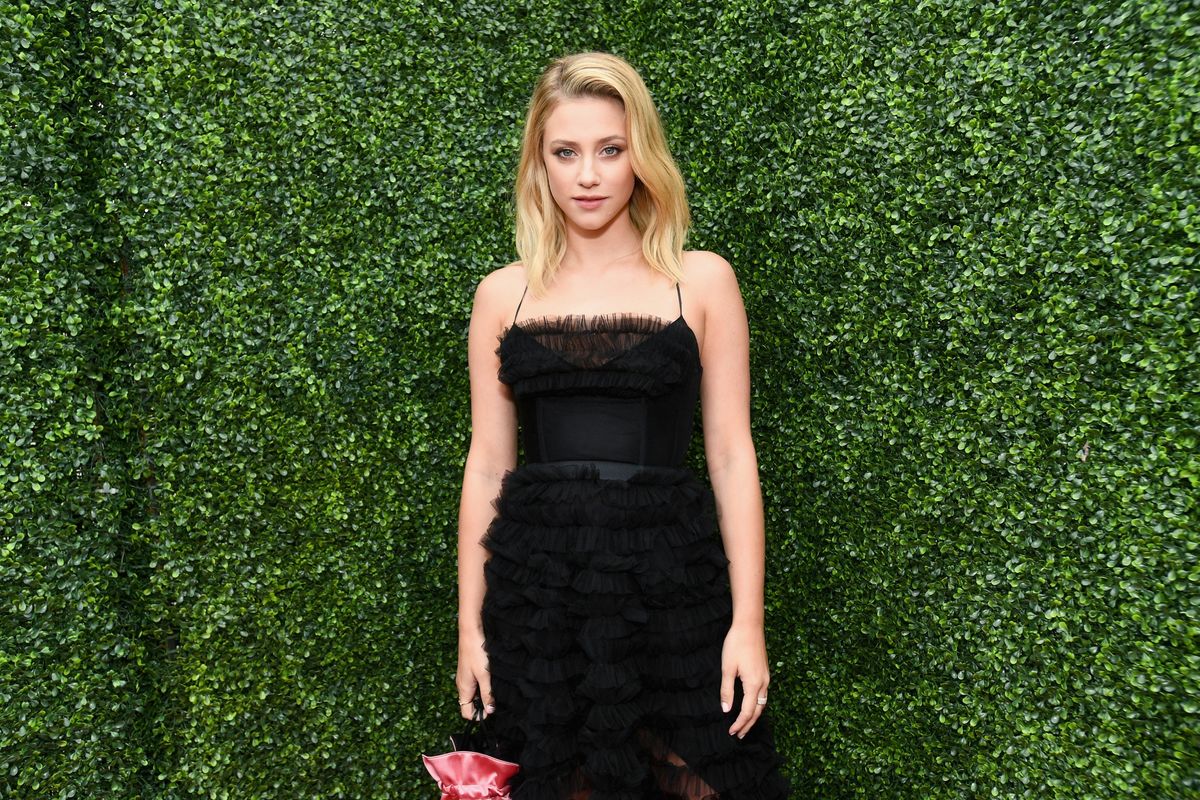 Though these apps are extremely popular, the Riverdale star took to her Instagram story yesterday to talk about the issue via a series of text post PSAs.

"This morning I was looking for an app that would help me resize my photos to better fit Instagram...And then I came across this app," Reinhart wrote, before sharing her screen-record of a BodyTune video ad, in which a woman's arm is slimmed down. "This is not okay. This is why people develop eating disorders."

Reinhart — who's always been very open about her experience with body dysmorphia — then went on to explain that, "this is why social media has become hazardous to our health," saying that photo editing apps have had "detrimental psychological effects" on the current generation.

"This is why people have unrealistic expectations of their bodies," she continued, later asking fans to "not use these kinds of apps," arguing that, "if you photoshop your body you are adding to this problem."

"This is how unrealistic standards of human bodies have been created — to the point where people alter their bodies surgically to achieve unnatainble results," Reinhart said. "We are better than this."

Reinhart then went on to contend that those who use these apps are "clearly suffering from low self esteem, body dysmorphia, or other mental health problems," before saying her "heart goes out to them."

"But please don't encourage this behavior," she said, explaining that, "If we applaud and praise the men and women who photoshop the shit out of themselves, it's only encouraging them to continue. And to feel like only way they will be accepted is if they keep altering themselves."

However, she did leaves things on a brighter note, adding that, "once you alleviate yourself of the pressure to conform to FAKE/UNREAL standards."

"The world is a lot brighter," she concluded. "I promise you."