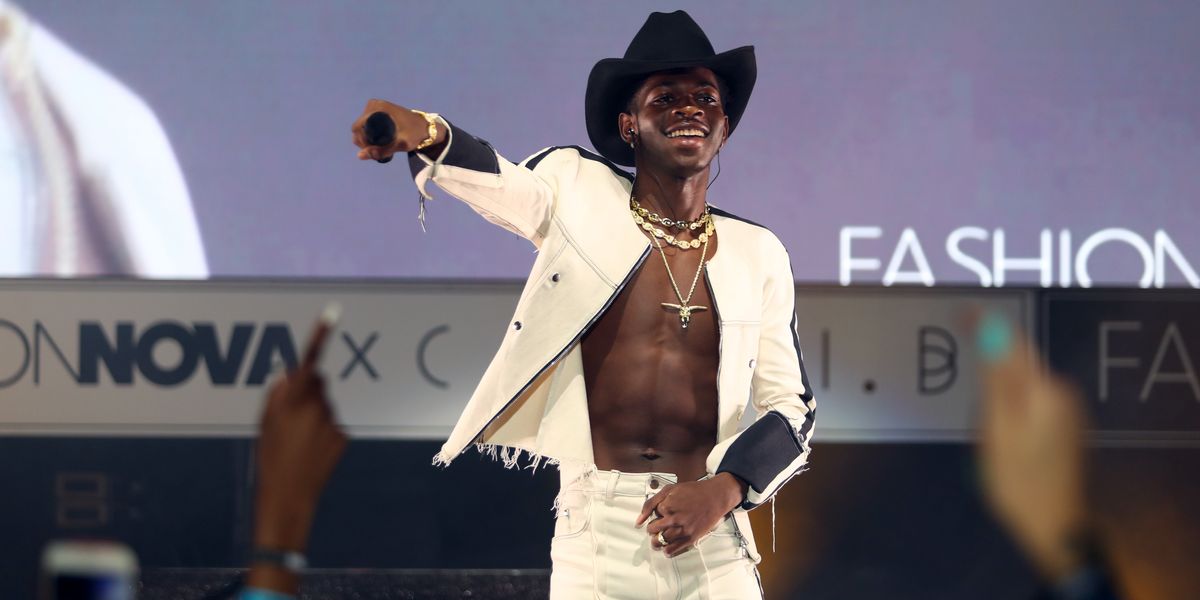 Lil Nas X Responds to Homophobes After Coming Out

Lil Nas X — the viral hitmaker behind the chart-topping "Old Town Road" — is now having to defend himself against homophobic online trolls.

On the last day of Pride month, the rapper subtly came out via Twitter.

"some of y'all already know, some of y'all don't care, some of y'all not gone fwm no more. but before this month ends i want y'all to listen closely to c7osure," he wrote. Lil Nas then followed up with another tweet saying he "thought i made it obvious" alongside a photo of his album cover, which features a building lit up with a rainbow.

deadass thought i made it obvious pic.twitter.com/HFCbVqBkLM

And just in case there was any confusion, Lil Nas X then responded to speculation with a series of tweets showcasing his signature brand of meme-loving humor.

And though the response to his announcement appears to be overwhelmingly positive, since this is the internet, there had to be at least a few shitty homophobes in the comments — with some making nasty comments about how the "Old Town Road" line about how he's "gonna ride 'til I can't no more" was an allusion to his sexual orientation.

Unfortunately, things got even uglier in his Instagram comments. Under a post celebrating "Old Town Road's" historic Billboard run, trolls piled on, writing things such as "Bruh why you gay" and "someone I looked up too [sic] as a great person who makes dope music turned gay. smh."

In true Lil Nas X fashion though, the rapper spent a good amount of time responding to a few of the homophobes.

Sadly, it appears as if the harassment has begun to take a toll on Lil Nas X, if a few of his latest posts are any indication.

just got news that i’m gay and i will no longer be streaming my music. i’m sorry that shit is just not ok.

say one more home of phobic thing to me

Thankfully though, it seems as if he's getting a lot of support from fellow musicians and fans — including MNEK and Pose star Dominique Jackson. See their tweets, below.

we also stan an openly gay black kid going diamond with his first single. the culture loves it. truly. @LilNasX

@LilNasX. Love you. I admire your strength! Much love to you my talented brother!