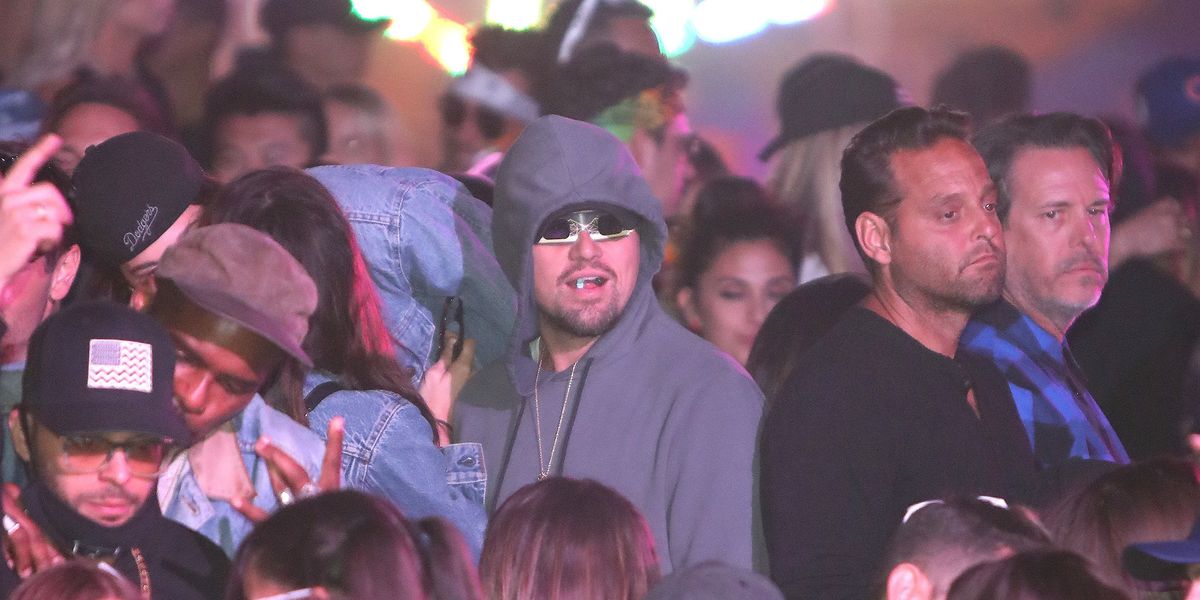 The undercover-celebrity look is one that is notoriously over-compensating in normalcy. Celebrities have often been removed from the lives of us mortals for so long that when they try to re-integrate, they feel like the only way to blend in is to wear ill-fitting sweatshirts and baseball caps that most people wouldn't actually be caught dead in.

But not sartorial gem Leonardo DiCaprio. At Coachella this year, Leo chose to take a bolder route while mingling with sweaty and drunk concert goers in the hot California sun. As part of his disguise, he donned a pair of 3D glasses. Like, the kind that are meant to be used inside a theater screening for the third Spy Kids movie (or whatever other movie has been made in 3D recently. I honestly tuned out after Spy Kids). He paired the glasses with a gray hoodie (shop the look at theaters near you!) and was photographed with model Camila Morrone.

It's unclear what the glasses —which were likely made of paper and plastic — were meant to do for Leo, but it's entirely plausible to me that he lives in another dimension than the rest of us and needs these glasses to recalibrate.

This is not his first time making headlines for trying to dodge the paparazzi. He has previously tried to hide inside his coat, in an umbrella, and behind his own hand.