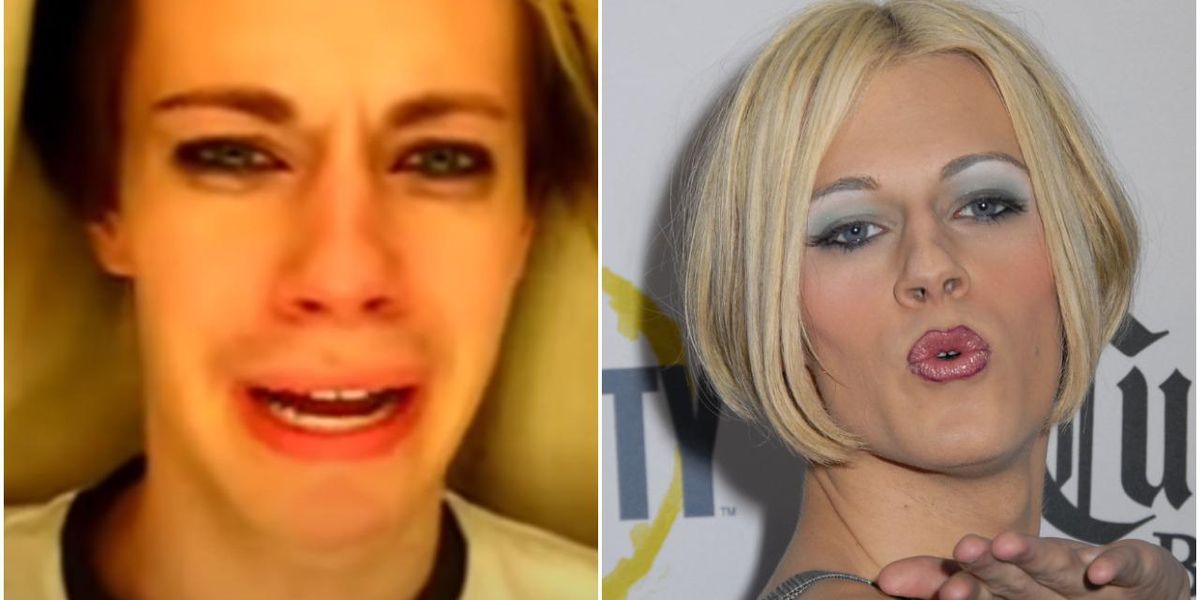 On Tuesday, the "Leave Britney Alone" creator announced her transition on Instagram, writing, "It's been 33 years coming and I'm happy to be in a place where I can embrace who I am."

"I have put my identity & personal happiness aside for so long, out of fear of rejection or me not wanting to embarrass my family," Cunningham said. "Then I realized anyone who loves me for me won't be embarrassed and would've shown genuine interest in how long I have felt this way, in the first place."

The internet personality — who's lived as a woman for three years — went on to reveal that she officially started hormone replacement therapy on Wednesday, before acknowledging that her transition would be a "lonely process in terms of emotional support from others." However, she added that she's unapologetically "happy knowing I am doing this for myself and what I've needed for my gender dysphoria," especially as someone who realized they didn't have to make any "more apologies... for who I am."

According to Cunningham, she had also decided to use her legal last name moving forward, explaining that her old moniker was a stage name she "had to pick when I was being sent threats online as a teenager," though she did go on to end things by saying she's no longer "living out of fear or anyone else's terms."

Back in 2007, Cunningham went viral for her video defense of Britney Spears during the star's public struggle with her mental health, which contributed to the implementation of the controversial conservatorship that's been controlled by her father, Jamie, for the last 13 years. And though Cunningham was initially attacked and belittled for the video, her comments have since been positively reevaluated thanks to recent discourse surrounding the #FreeBritney movement and the horrors she said she experienced at the hands of her father.

See Cunningham's announcement for yourself, below.