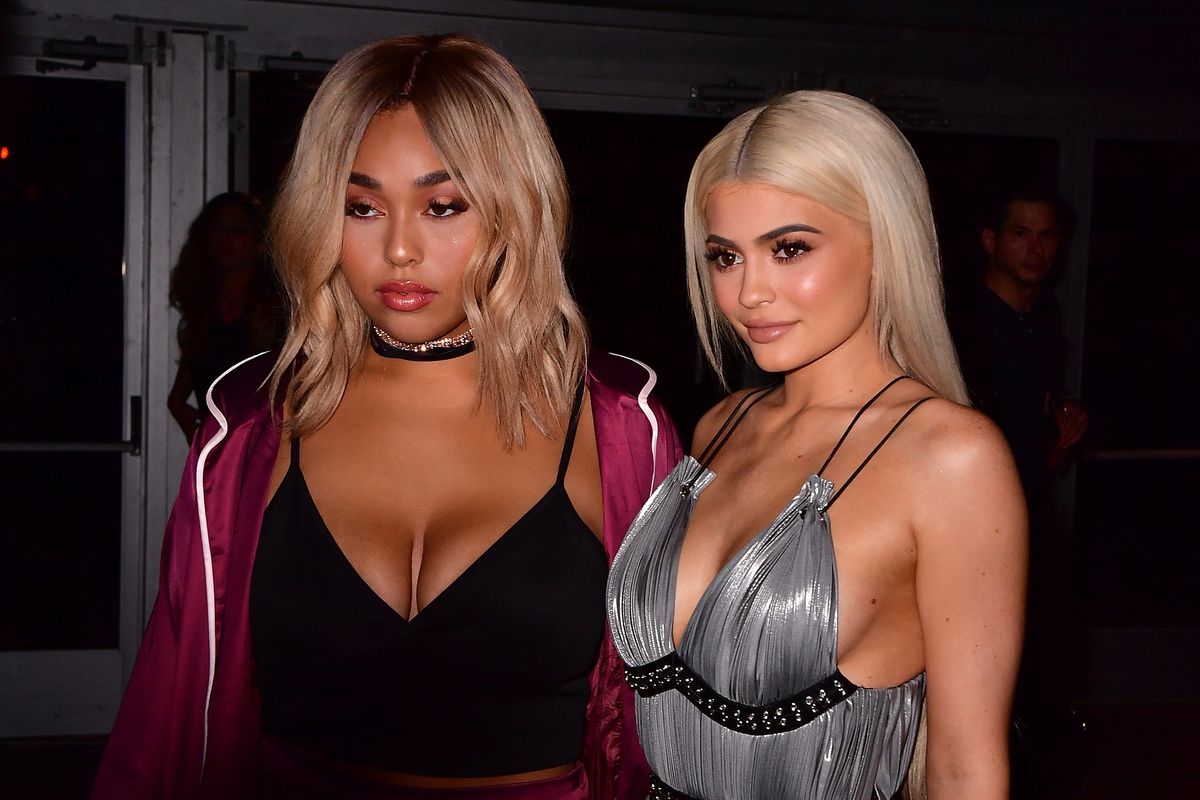 All The Latest Jordyn Woods Drama

This year's biggest celebrity news story broke almost exactly one week ago, and we're still reeling. Jordyn Woods, BFF of Kylie Jenner and one of very few non-blood relatives to be welcomed into the Kardashian inner sanctum, allegedly hooked up with Khloé Kardashian's boyfriend Tristan Thompson during a late night house party in Los Angeles. Thompson, father to Kardashian's 10-month-old child True, has made headlines for cheating on Kardashian previously. But as far as we know, Woods had always been a loyal surrogate family member, until now.

It's a Shakespearean story of deceit and betrayal that's ripe for Konspiracy theory. Why would Jordyn risk it all for Tristan Thompson, a man who is not even very good at basketball? After funding Jordyn's lifestyle for years, will Kylie ever forgive her former BFF for biting the hand that feeds?

All your latest questions answered, below.

Was the Tristan hook up premeditated?

The circumstances of Jordyn and Tristan's alleged betrayal are gradually becoming more clear. We know that they probably attended a Drake concert together with a "crew" on the night of Sunday, February 17. After that, they seem to have ended up at an intimate house party, which is where things probably got cozy.

HEIR JORDYN on Instagram: “plus she know my babymama is a trophy 🏆”

Would you believe that Jordyn and Tristan were wasted while all this was occurring? This is reportedly Jordyn's excuse, and it's believable enough. TMZ says she has repeatedly tried to contact Khloé and Kylie to apologize and defend the hook up as a one-off mistake made while "blackout" drunk. Unfortunately, conflicting reports from people present at the party say Woods knew what she was doing.

"Sources close to the Kardashians say the family is calling BS on Jordyn's story — citing the fact party-goers were told to put their phones away when Jordyn arrived — which shows Woods wanted her rendezvous with Thompson private. Our sources say Jordyn also drove herself home from the party... something she wouldn't have done if she was wasted."

"Her story keeps changing a bit, and it's almost like she is digging herself deeper… It's been a week now of nonsense explaining from her side. Everyone thinks she wanted to hook up with Tristan and she just didn't think she was gonna get caught."

How are the Kardashians handling the scandal?

Every major tabloid is reporting that Jordyn has been completely cut off by the Kardashian-Jenners, Kylie included. Her security clearance for Jenner's gated rich person community in Calabasas has apparently been revoked, her modeling shots for Khloé's Good American denim line have been removed from the internet, and it seems unlikely she will ever collaborate on another lip kit. TMZ says Jordyn has "effectively been excommunicated on the business end of things" and "they don't plan to work with her ever again."

On social media, we get a clear-ish picture of where individual members of the family stand. Kylie and Jordyn are still Instagram mutuals, but Jenner recently unfollowed Tristan Thompson. Kim, Kourtney, and Khloé all unfollowed Woods and Thompson soon after the scandal broke, whereas Kris and Kendall have kept Woods on their feeds for now.

Over the past week Kylie's Instagram has sent a clear message: she's getting along without Woods just fine. She posted a series of black and white photos of herself, and filmed several Instagram stories while hanging out with friends and family members who aren't Jordyn. She and Khloé have taken particular care to be seen together on social media, most recently attending an Oscars after party in matching sparkly dresses.

Will Kylie and Jordyn ever be friends again?

While she's putting in time with her sisters right now, Kylie Jenner is reportedly still torn up over whether to forgive Woods and welcome her back to Calabasas. Which makes sense: the two have been unusually close friends since middle school, and that commitment ceremony in Peru was serious. Also, Stormi loves her babysitter.

The Kardashian power trio — Kim, Kourtney, and Khloé — will likely never welcome Jordyn back into the family, but Kylie might eventually try and mend the friendship, TMZ reports. If it happens, her sisters "wouldn't be surprised." Still, it seems unlikely that Jordyn will ever live with Jenner again — and we've already established that her days of profiting from the family business are over.