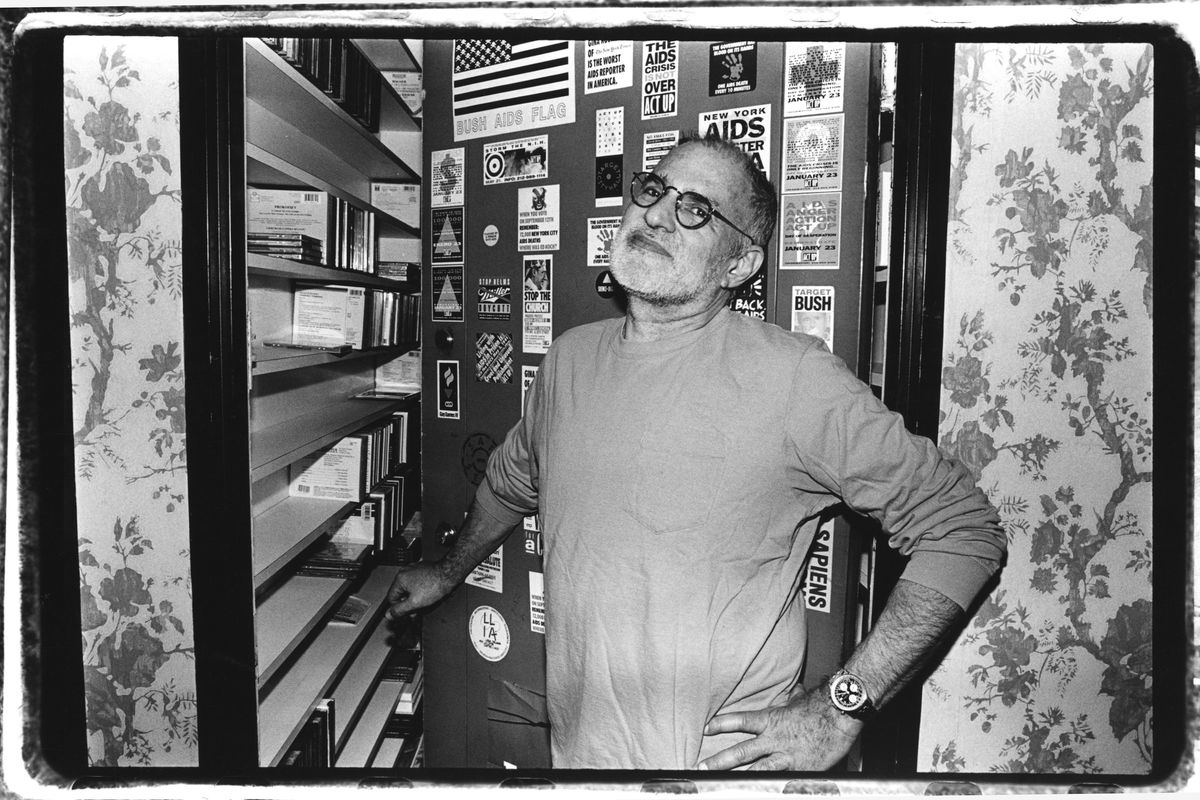 Larry Kramer, the LGBTQ+ icon and playwright who kicked off an entire generation's worth of revolutionary activism and resistance during the AIDS epidemic, died today at the age of 84 in New York City.

Kramer, best known for his autobiographical play The Normal Heart, was responsible for innumerable acts of firebrand political change-making throughout his life — and especially in the initial throes of the AIDS crisis. After co-founding the Gay Men's Health Crisis, the first service group dedicated to helping HIV-positive people in 1982, he was also instrumental in the creation of ACT UP in 1987.

His plays and essays are regarded as some of the most unadulterated works of literature in modern history, having evoked outrage from opponents and critics since his debut novel, 1978's Faggots. Painting portraits of sexual tension and abandon, and chronicling the fragmentation of gay voices prior to the new millennium, Kramer breathed life into counter-cultural rifts nearly too ripe for the picking.

It's worth noting that Kramer was a radical thinker insofar as the governing bodies around him were resistant to the truth — a reality that, even in his death, must be honored. Critical of both traditional governmental organizations and the informal organizations that dictated the public narratives of gay lives in the '70s and '80s, Kramer advocated for marginalized voices at every juncture of his historic career.

To point to any given top-line as evidence of Kramer's revolutionary work would be a disservice to his story as one of singular complexity; unjustly framed in even some gay circles as a figurehead of unprovoked troublemaking, his life exists as a statement alone, apart from any obituary or tribute. Social media was immediately set aflame upon publication of the New York Times' initially imprecise evaluation of his decades-long story this morning, referring to Kramer as "abusive" and implying that his more incendiary acts of political resistance would "overshadow" any positive achievements.

As Teen Vogue's News and Politics editor Lucy Diavolo noted on Twitter, the Times' flawed assessment is a near-perfect metaphor for Kramer's legacy. His critics often lacked some of the introspection necessary to truly evaluate his works; to have described The Normal Heart as one-sided, as Frank Rich did when writing for the Times in 1985, is to have fundamentally misunderstood the AIDS crisis. How can there be conversation when outrage or grief are the only forms of dialogue left to draw upon?

even in death, Larry Kramer has reminded us why we should all fucking hate how the New York Times covers gay activi… https://t.co/q3xLxeh7Ei
— 𝙇𝙪𝙘𝙮 𝘿𝙞𝙖𝙫𝙤𝙡𝙤 (@𝙇𝙪𝙘𝙮 𝘿𝙞𝙖𝙫𝙤𝙡𝙤)1590598823.0

PAPER remembers Larry Kramer not only as the prolific writer and activist that he was, but as a friend of queer people everywhere, forever. Read through his essay featured in our 2015 Nowstalgia issue and an interview with PAPER's Mickey Boardman, below.