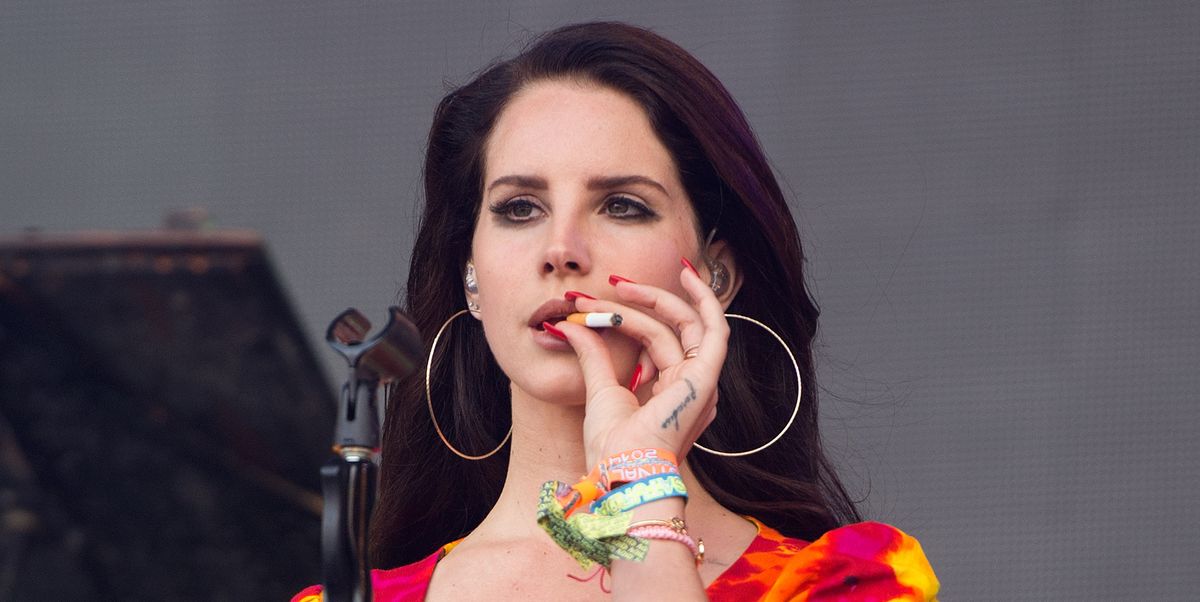 Lana Del Rey's Latest Interview Is by Far Her Most Revealing

Think of the many, many question you've ever wanted to ask Lana Del Rey, because Pitchfork just asked every single one. Stans, rejoice.

The truly stellar interview, centered around the release of her new album, Lust for Life (out this Friday), Lana Del Rey explains her controversies (is she actually not a feminist? Does she really approve of violent relationships? For all her lyrics about being high, is she?), her style (does she recognize nostalgia as corny? Does she consider herself a hipster?) and her personal life (does she still want to die?) with truly unabashed candor. At one point, while discussing feeling "trapped," she even breaks down in tears.

It would be unfair to both Lana (as it turns out, no one except her parents call her Lizzy) and writer Alex Frank to chop and screw the singer's words in a re-write, so let's have them speak for themselves — after all we know she records all her interviews to ensure accurate reporting. Here we go.

On relationship rumors, (she has recently been linked to G Eazy):
"They're usually true. Maybe where there's smoke there's fire."

On letting go of toxic relationships:
"I spent my whole life reasoning with crazy people. I felt like everyone deserved a chance, but they don't. Sometimes you just have to step away without saying anything."

On hacking:
"Email is just a no for me. I do a lot to make sure I don't feel trapped."

On obsessive fans:
"I've had people in my house for sure, and I didn't know they were there while I was there. I fucking called the police. I locked the door. Obviously, that's the one in one-hundred-thousand people who's crazy. But I [had a hard time sleeping] for a minute."

On her infamous "he hit me and it felt like a kiss" lyric:
"I don't like it. I don't. I don't sing it. I sing "Ultraviolence" but I don't sing that line anymore. Having someone be aggressive in a relationship was the only relationship I knew. I'm not going to say that that [lyric] was 100 percent true, but I do feel comfortable saying what I was used to was a difficult, tumultuous relationship, and it wasn't because of me. It didn't come from my end."

On her influence:
There's been a major sonic shift culturally. I think I had a lot to do with that. I do. I hear a lot of music that sounds like those early records. It would be weird to say that it didn't. I remember seven years ago I was trying to get a record deal, and people were like, "Are you kidding? These tunes? There's zero market for this."

On feminism:
When people asked me the feminist question before, I was like, "I'm not really experiencing personal discrimination as a woman. I feel like I'm doing well. I headline shows just like the Weeknd does. I got tons of women in my life, love women, support women." I just felt like, Why don't we talk about the music first? I can tell you that what I have done for women is tell my own story, and that's all anyone can do.

On corny nostalgia:
I know I walk the line sometimes. [laughs] I saw comments that people said about my little "Coachella - Woodstock in my Mind" song. I write that title and I'm like, OK, I know I went there. But I think it's amazing. It's on the nose. It's so on the nose. But sometimes things just are what they are. I'm at Coachella for three days, and North Korea is pointing a missile at us, and I'm watching Father John Misty with my best friend, who's his wife—that's all I'm literally saying.

On telling The Guardian she wished she was "already dead":
Fuck that guy, though. I didn't think he would print it and make it the headline. I was having a really tough time. I had been on the road for a year. I was really struggling. I was just stupid, I was like, "I fucking want to die." Maybe I meant it. I don't really know.

On critics calling her authenticity into question:
"Of course. I'm always being myself. They don't know what authentic is. If you think of all the music that came out until 2013, it was super straight and shiny. If that's authentic to you, this is going to look like the opposite. I think that shit is stylized. Just because I do my hair big does not mean I'm a product. If anything, I'm doing my own hair, stuffing my own fucking stuffing in there if I have a beehive. Music was in a super weird place when I became known, and I didn't really like any of it."

On critics in general:
"Women hated me. I know why. It's because there were things I was saying that either they just couldn't connect to or were maybe worried that, if they were in the same situation, it would put them in a vulnerable place."

"I so double downed. [The early criticism] made me question myself—I didn't know if it was always going to be that way. You can't put out records if 90 percent of the reviews in places like the Times are going to be negative. That would be crazy. It would have made sense to step all the way back, but I was like, Let me put out three more records and see if I can just stand in the eye of the storm."

Head over to Pitchfork to read the entire profile, you won't regret it.