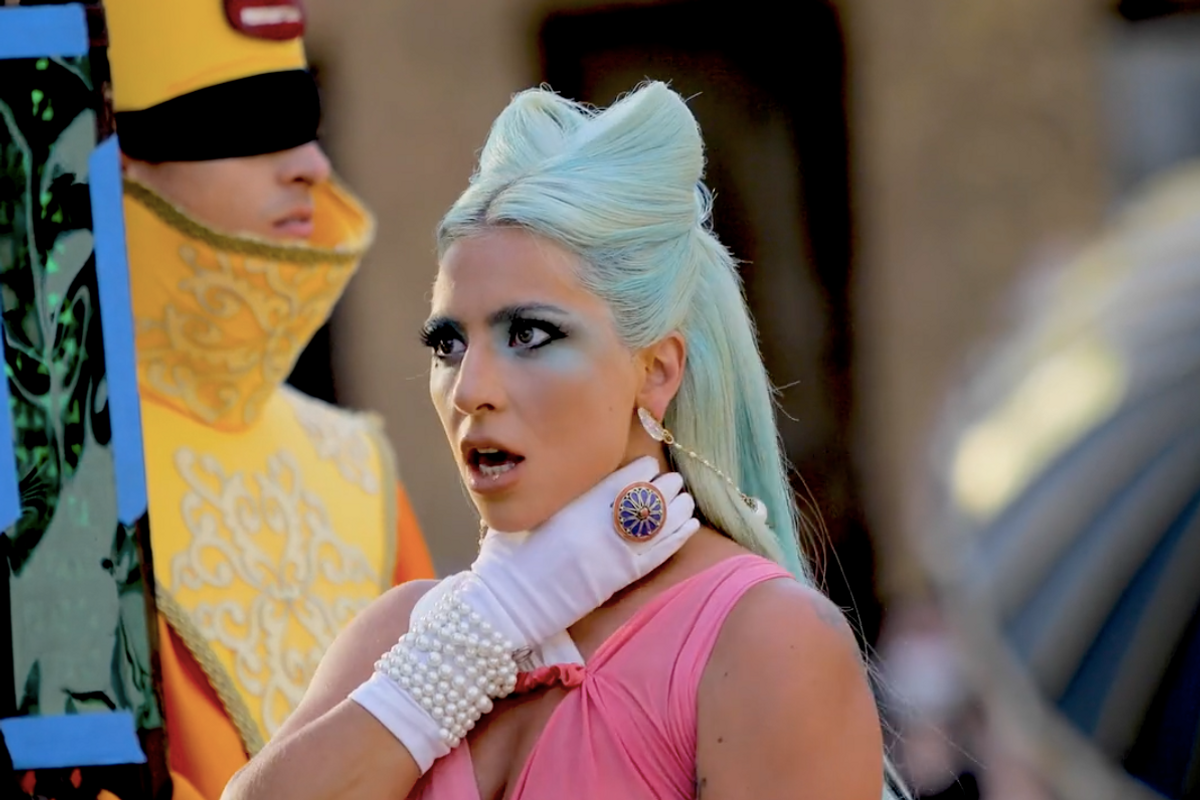 If you loved Lady Gaga's vibrantly colored "911" visual and explosive ending, now you can go behind the scenes to see snippets of Gaga in her various costume changes and much of the hard work that went into creating the Chromatica music video.

As presented by LG on their OLED TV, the exclusive BTS footage, below, also features an interview with Director Tarsem Singh, who explains how the Southeast Asian architectural and fashion influence came to be, and the importance of color in his work.

"When [Gaga] explained to me what the song was about, I had a periphery of an idea and when she told me, I said I can tailor it," Singh says. "It'll just be about somebody who didn't take their medication, ended up causing an accident and has taken all the things around them."

The director then is asked why it's important to see the visual as he intended, underscoring how the LG OLED TV promises to offer "infinite contrast" within its scenes. "I'm Indian, so I tend to like color," he says. "It's very important that the colors all reflect what it is."

Describing "911" as "an abstract format," Singh says he wishes "everybody could watch it on an LG TV." He details how "crushed" the black colors are and the depth of the other hues throughout his film.

Go behind the scenes of Lady Gaga's "911" music video and watch the original, below.