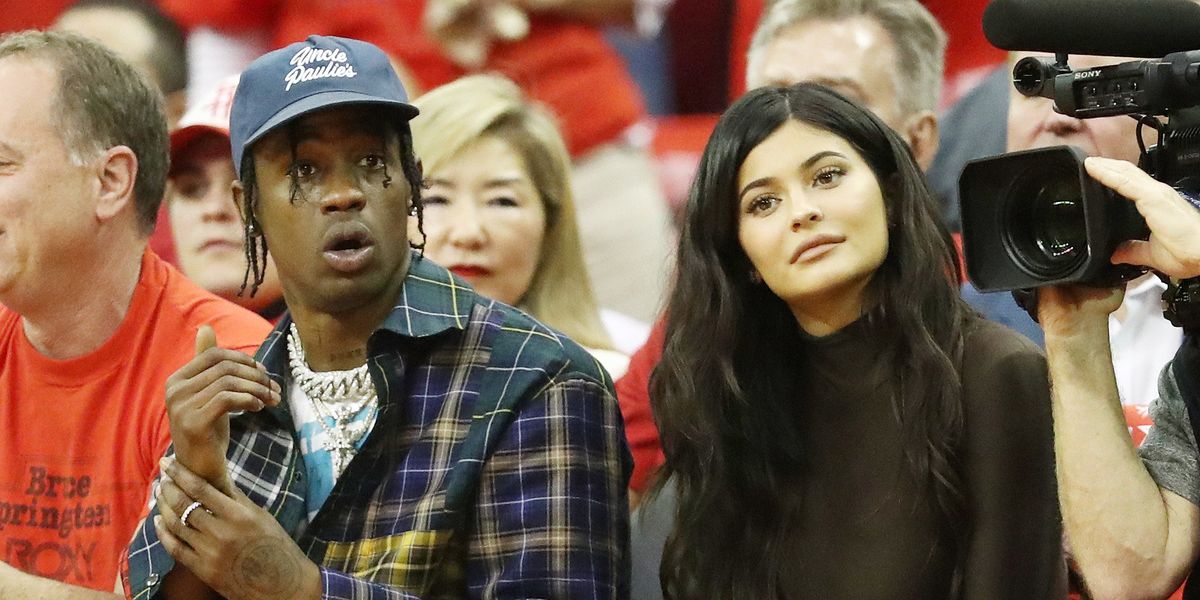 Is Kylie Jenner Engaged or What?

Marriage — even with all its vaguely religious and conservative connotations — is surprisingly trendy among young, hot, famous people right now. (Blame it on Hailey and Justin, or Ariana and Pete, or Meghan and Harry). So it wasn't surprising when Travis Scott recently confessed to Rolling Stone that he was feeling ready to propose to Kylie Jenner, 21-year-old mother of his child. Reading the profile, you got the feeling their marriage was a question of if, not when.

But are they engaged already? Are they secretly married already? Some recent evidence supports it: Kylie has shared several not-so-subtle visual hints on Instagram, where she can be seen posing with a huge diamond ring. The duo are known to refer to each other as "husband" and "wifey" on social media. Also, Kylie has a history of shielding big life events from public view. There's no reason to believe she'd be honest with us about getting engaged or wed, although it's also true that she's a billionaire who can afford to buy herself diamond jewelry.

Kim Kardashian is no help either. She literally told Ellen that she has "no idea" whether the two are married or not. Which can't be true.

Here's a photo of Kylie and a multi-million dollar-looking rock:

On New Year's Eve, Jenner's BFF Jordyn Woods posted then took down a photo of her and Kylie, who was wearing a similar ring. It was quickly replaced with this image, where Jenner's right hand is obscured:

HEIR JORDYN on Instagram: “plus she know my babymama is a trophy 🏆”

You'll just have to make up your own damn mind, because we won't get any answers until exactly when Kylie feels like giving them.