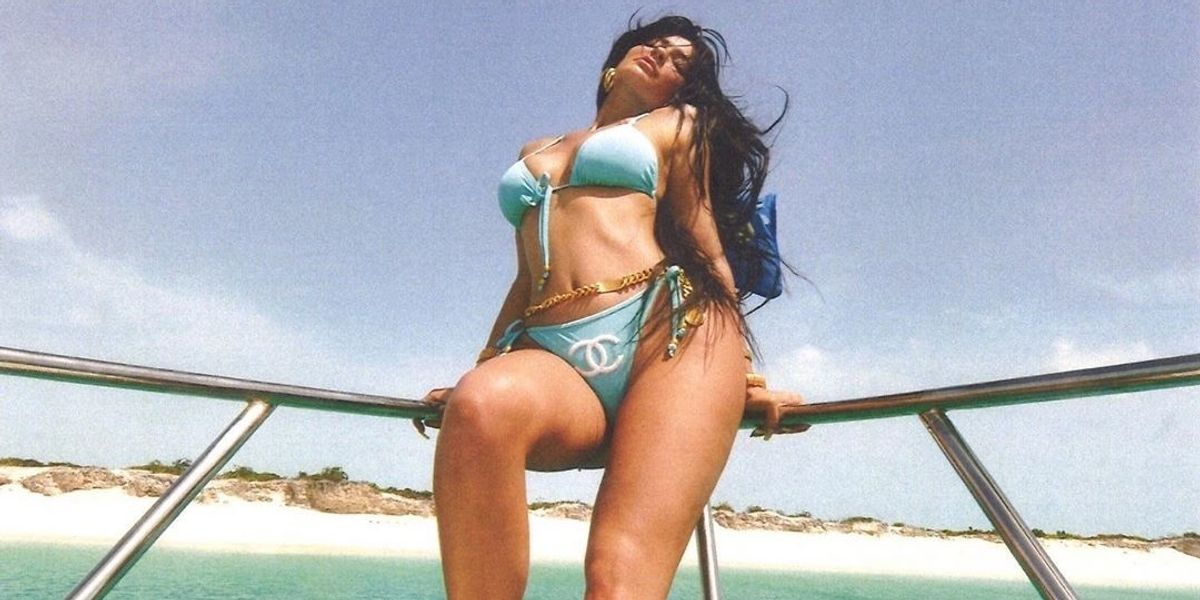 Kylie Jenner Is Having a Yacht Girl Summer

Lest today pass without PAPER providing you a Kylie Jenner update, know that the beauty mogul is currently enjoying her birthday week on a megayacht. This is on trend of her: basically every celebrity, from Leonardo DiCaprio to Rita Ora, is watching waves gently lap at the cliffs of Capri right now. Some, like Karlie Kloss, are the guests of billionaires like David Geffen. Jenner can obviously afford to pay for her own status vessel.

You and I will never be able to charter so much as a humble catamaran on the Hudson, but that doesn't mean we can't enjoy such salty aired extravagances from afar. And here's some great news: the boat that Kylie, alongside a posse that includes Kris Jenner, Scott Disick, and Sofia Richie, is chartering for a cool $1,249,500 per week, has its own website.

Here's every fascinating detail I gleaned from it.

The Boat Is Maybe Cursed

Built in 2013 by custom yacht builder Oceanco, Jenner's charter palace of choice is 300.20 feet long and six years old. Now known as the "Tranquility," the ship was originally called "Equanimity." It's unclear when the switch occurred, but one should note that, according to sailor lore, it's bad luck to change the name of a boat after it has been christened. As per the website HowStuffWorks: "Renaming a ship or boat means you're trying to slip something past the gods and you will be punished for your deviousness."

Punished! For deviousness! This is ominous indeed, and I question whether Jenner's assistant performed her due diligence while making the booking. If anything goes wrong, we'll know who to blame.

The Boat Has iPod Docking

Alongside numerous one percenter amenities (helipad, fleet of servants, spa, "experiential showers," WiFi), the Tranquility is equipped with iPod docking. Again, this is troubling. There's no mention of Bluetooth, or even an aux cord? If I boarded a megayacht and discovered a 2005-era sound system, I'd immediately disembark. But whatever. Hopefully Jenner remembered to pack her UE Boom.

The Boat Has a 'Show-Stopping' Glass Elevator

Tranquility's glass elevator apparently "wows guests as they step into the lobby, with its marble-clad base and palatial pillars." Be sure to watch Jenner's Instagram Stories closely for a glimpse.

Kylie May Get Married on the Boat (But Probably Won’t)

Jenner was photographed en route to the yacht carrying a white lace garment, sparking rumors that she and Travis Scott are finally set to wed, perhaps in international waters. Sadly, reliable (though unnamed) TMZ sources are now indicating this was a joke played at the expense of paparazzi.