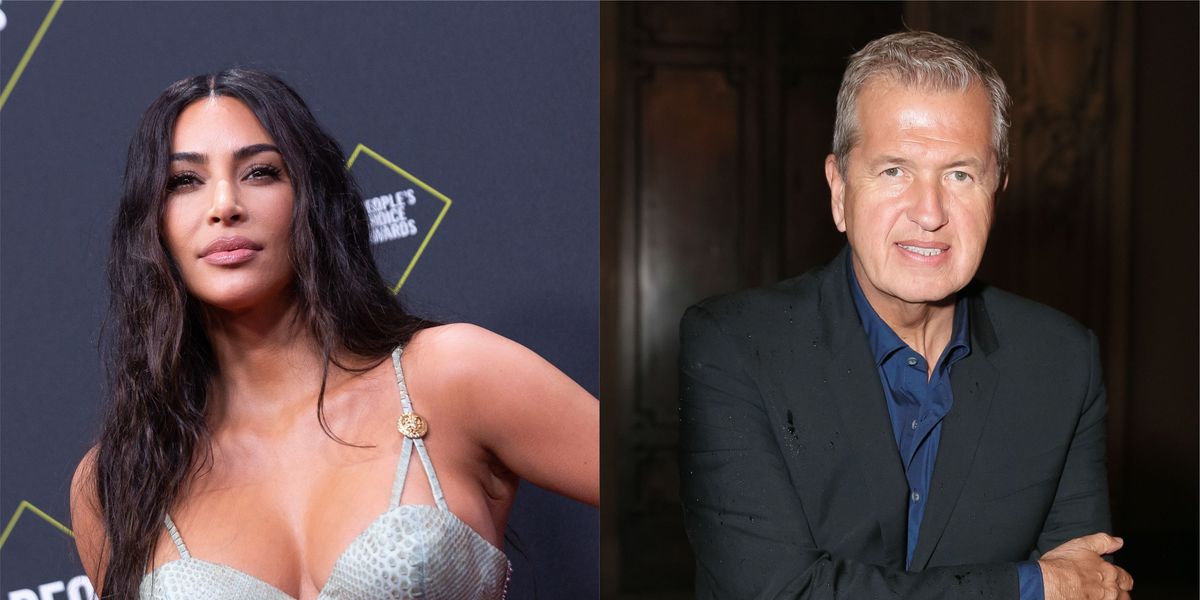 Last year, the New York Times published a lengthy exposé in which 13 male models and former assistants described allegations of sexual misconduct by photographer Mario Testino. While he has denied all accusations, the fashion industry at large has cut all ties with him, including Burberry, Michael Kors, and Stuart Weitzman. (Anna Wintour and Conde Nast vowed to put their working relationship on hold.)

Since then, Testino has remained under the radar, opting to fill his Instagram feed with archival images of his work. But a couple of editorial projects, photo commissions, and a new exhibit appears to be inching him closer to some semblance of a comeback. Perhaps one of his most visible supporters lies in Kim Kardashian West, who yesterday uploaded a portrait of herself and daughter North taken by the disgraced photographer, whom she tagged in the image.

According to Testino's Instagram caption, Kim had asked him to shoot her entire family at her home, and she posed for the photographer that same day in nothing but a white bathrobe for his ongoing Towel Series, which he uploaded in October. However, Kim is hardly the only famous face to have recently collaborated with him. Kate Moss also posed for Testino's Towel Series in the past few weeks, while fashion powerhouses like Naomi Campbell and Carlyne Cerf de Dudzeele routinely leave positive comments on his posts.

He's also engaged in other external projects, too. According to Dazed, Testino shot an editorial in an issue of Man About Town, while up-and-coming label Palomo Spain hinted at a possible working relationship with the photographer on his Instagram Stories a few months ago. But a new exhibition of his work at Hamiltons Gallery in London, which opened this week and runs until January, seems to be quietly putting him back on the map, despite reactions of bewilderment, disappointment, and confusion on social media.

It remains to be seen whether Testino will book high-profile gigs again, as his last campaigns were for Dolce & Gabbana and Carolina Herrera back in May. Still, fashion is known for its comeback stories, as cases like John Galliano's public downfall and subsequent welcoming back demonstrate. But the culture today is entirely different, especially with holding accused sexual assaulters accountable, and it's likely going to take more than celebrity friends and fashion insiders to get the ball rolling again.