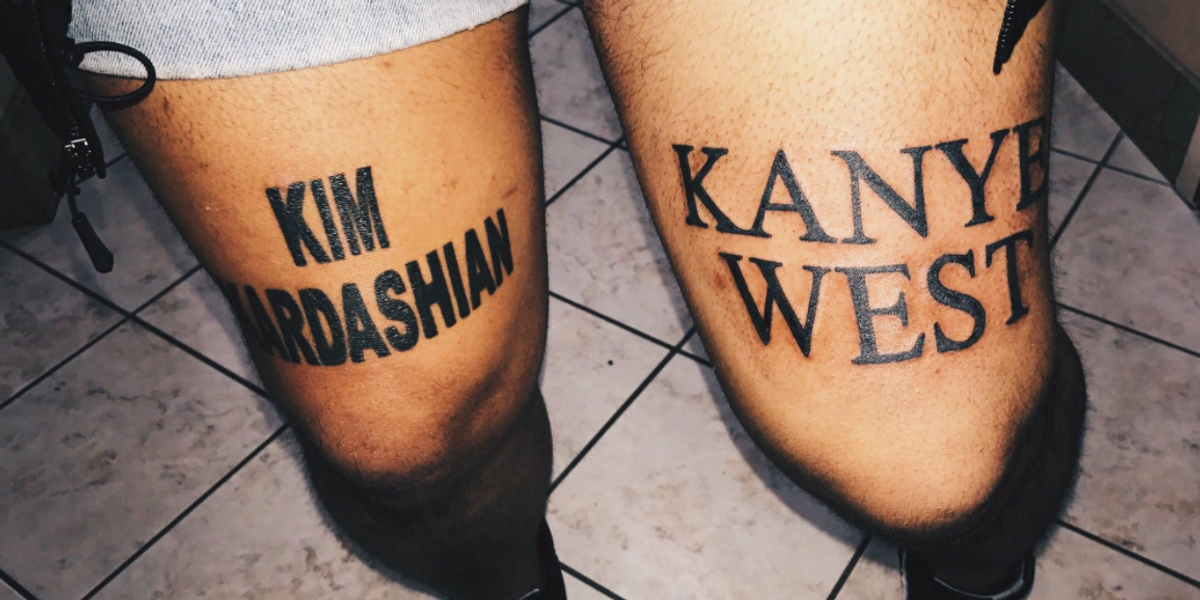 Kim Kardashian Is a Fan of Her Fan's Insane Tattoos

A super-fan by the Twitter handle of @WTFJon got an XXL tattoo of Kim Kardashian's name on his thigh, matching the other ridiculously-too-big tattoo of Kanye West's name on his other thigh. After a quick photo shoot what looks to be an AM/PM bathroom, Jon tweeted a pic of his body art to the kween herself to get her blessing...

To which she replied, "Heart, heart eyes, smooch, kiss, fire."

This isn't the first time he's gotten Kimmy's co-sign on his thighscape. He tweeted her a picture of the outline of her name back in February, and she replied:

Even though his shenanigans managed to attract Kim's gaze and roughly 50 characters worth of her affection, Jon's intentions in getting these tattoos were pure! His Twitter bio clearly says "NOT DOING ANY OF THIS FOR FAME//KIM KARDASHIAN TWEETED ME 2x."

Ok, so I completely understand getting enormous tattoos of Kim and Kanye's names on your thighs, but what I don't understand is the font selection. How are you gonna mix serifs and sans serifs like that?