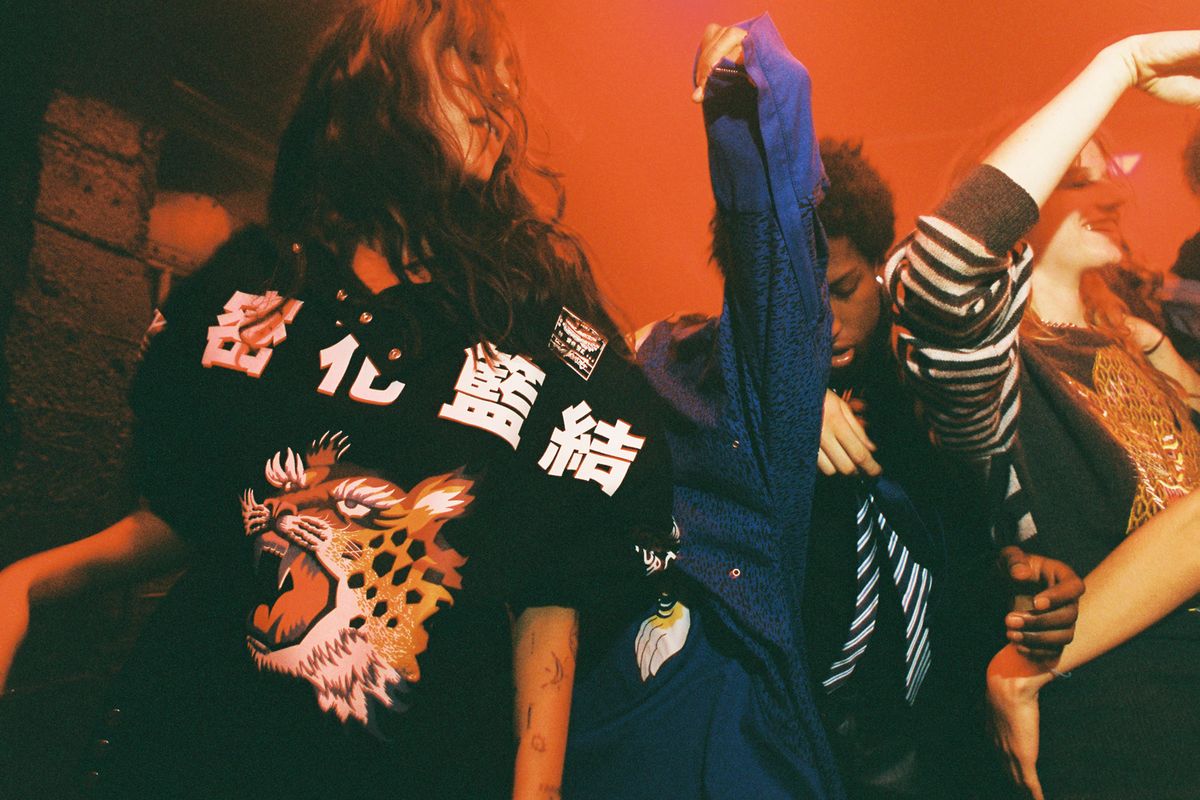 This year saw the loss two of fashion's most influential talents: Kenzo Takada and Kansai Yamamoto, who passed away within just three months from each other. Not only were they first two Japanese designers to arrive in Europe (Takada in Paris in the late '60s and Yamamoto in London in the early '70s), but they both revolutionized fashion through their colorful shows that fused eastern and western cultures.

So it's only fitting that a collection paying tribute to the two late luminaries would come to fruition, even if it's been in the works for a while. Felipe Oliveira Baptista, Kenzo's creative director, had been mulling a collaboration between the two since he first joined the brand last summer.

"I met Kenzo for the first time in Paris in July 2019 and Kansai in August 2019," Baptista said. "Tragically they both passed away recently, which gives this collaboration a very special meaning to me, and ultimately a tribute to them and their incredible talent."

After Baptista got both of their blessings, they started to work on the collection, which includes artworks from Kansai's archives reworked and mixed with archival prints from Kenzo. Animalia motifs feature aplenty, no surprise given that they would both reference traditional Japanese animal art in their work. (Kansai's animal prints had pop/manga treatment while at Kenzo it was more about nature.)

The accompanying campaign follows a group of young actors, photographers and models hanging out around Paris, some of whom Baptista had worked with before. "We wanted to keep things very real, raw and spontaneous," he said. "A true celebration of life.

"I believe this is probably how both Kenzo and Kansai would have liked to be remembered," Baptista continued. "Both who dedicated their lives to infuse joy into the world through their work. What a delightful idea to start a dialogue between these two pioneers and punks of fashion."

Browse a selection of Kenzo x Kansai Yamamoto collection, which will arrive in stores globally and at KENZO.com on November 30, in the galleries, below.