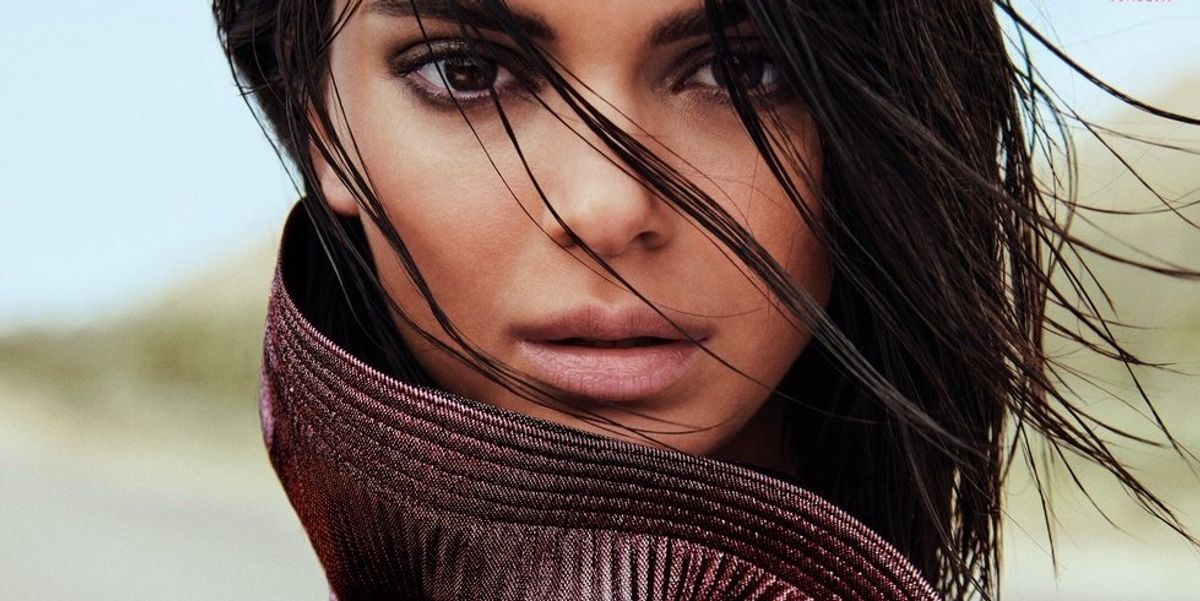 Hollywood isn't easy, according to Kendall Jenner and Lana Del Rey, who teamed up to chat for Jenner's new ELLE cover, shot by Chris Colls and styled by Anna Trevelyan. In fact, it's pretty anxiety-inducing, but doesn't mean there aren't new-age quick fixes.

While Jenner's profile for the magazine opens with, "I'm super chilled-out right now," the model and reality star tells Del Rey that wasn't necessarily always the case. She opened up about her proclivity to stress after being stalked on Keeping Up With the Kardashians, and Del Rey, Jenner's friend according to ELLE, can empathize.

"It's interesting; ever since I said something about being anxious, a lot of people in the spotlight have come to me, being like, 'Oh my God, me too!' There's this community," Jenner says. "I take what they do to help themselves and piece it together to find what helps me." Del Rey offers some suggestions to Jenner: "I do meditations for joy and happiness and try not to spread myself too thin," she says, though Jenner bounces back with a more unconventional, very Hollywood approach.

ELLE explains the model has a friend with a healer (it doesn't get much more LA than that) who is constantly around, which is something Jenner is very taken with. "[He] just hangs out at the house for good energy," she claims, "I got such an amazing vibe from him. I was like, You need to be around me now." That's right — If you're in touch with your spirituality and have a premier aura, you too could be paid to hang out at Jenner's pad with her numerous celebrity friends just for your good vibes.

Jenner also weighed in on her younger sister Kylie's new foray into motherhood, claiming she is now a new Kylie. "It's obviously a bit weird that your little sister is having a baby before you. I didn't expect it to happen like this. But it's beautiful. It's brought us closer together. We've always been very close, but we would butt heads all the time. This has made her a bit more loving toward me."