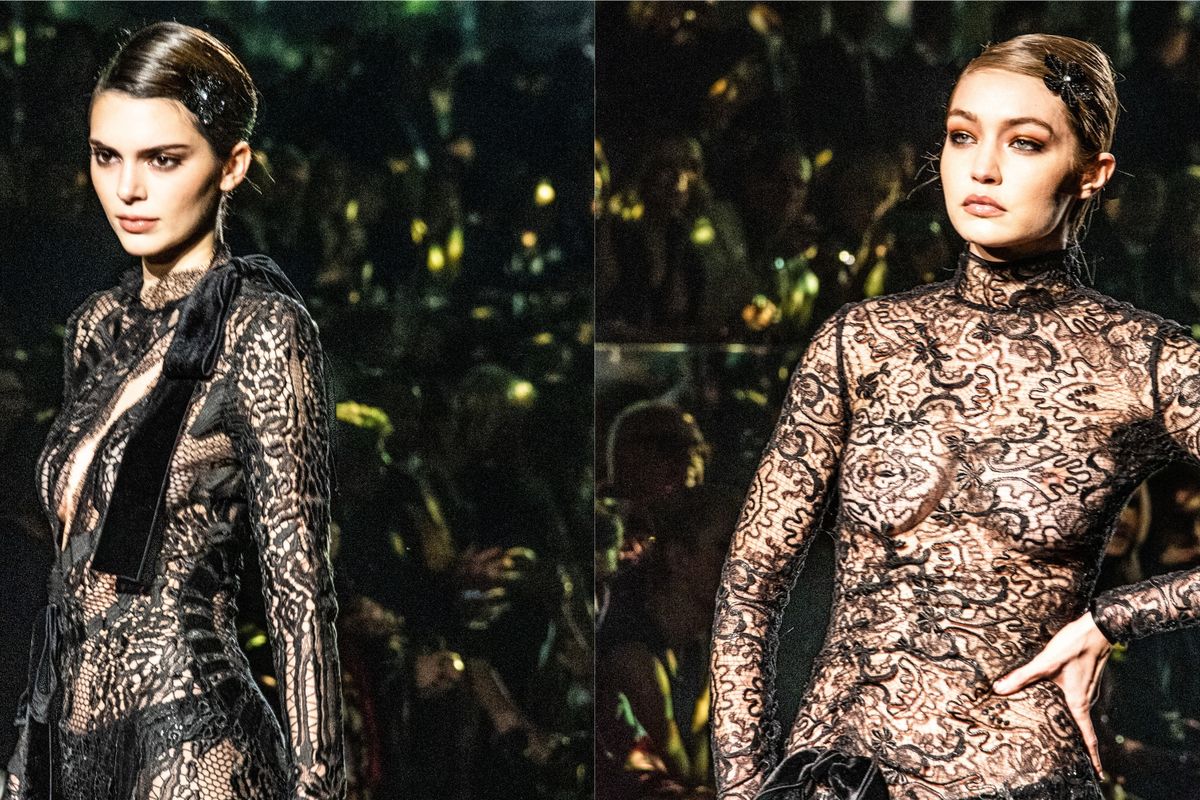 Literally Every Celeb in Existence Was at Tom Ford

An A-list audience got an A-list cast of models at Tom Ford's Fall 2020 show in LA yesterday. Bella, Gigi and Kendall were among the many faces to command the runway, with the latter two wearing some of the most revealing looks of the night.

The final looks of the collection were Ford's take on eveningwear, which this season skewed sexy and sensual, as it usually does. Kendall and Gigi's looks, in particular, were super sheer and made up of black lace with cutouts revealing skin across the bodice.

For daywear, Ford paired casual pieces like denim and sweatshirts with luxurious fabrics and intricate prints. Giant feathered earrings were seen throughout, and heels were thicker and sculpted. Meanwhile, the men's looks incorporated everything from platform shoes to suits with hoodies, not something you always see in his shows.

The last look of the show, a white demure bridal dress, was also a first for Ford. "Perhaps I am feeling particularly romantic this season as for the first time I am ending a show with a bride," he said in a statement. "Fresh and hopeful. And hope is something I think that we all need right now."

Finally, we can't talk about a Tom Ford show without mentioning all the major heavyweight names and celebs that sat front row. He moved his show to LA this season as NYFW falls on the same weekend as the Oscars. Which meant that Ford got nearly every Hollywood star to turn out for his show. See below for just a few of the names that caught our eye.

See below for backstage photos.