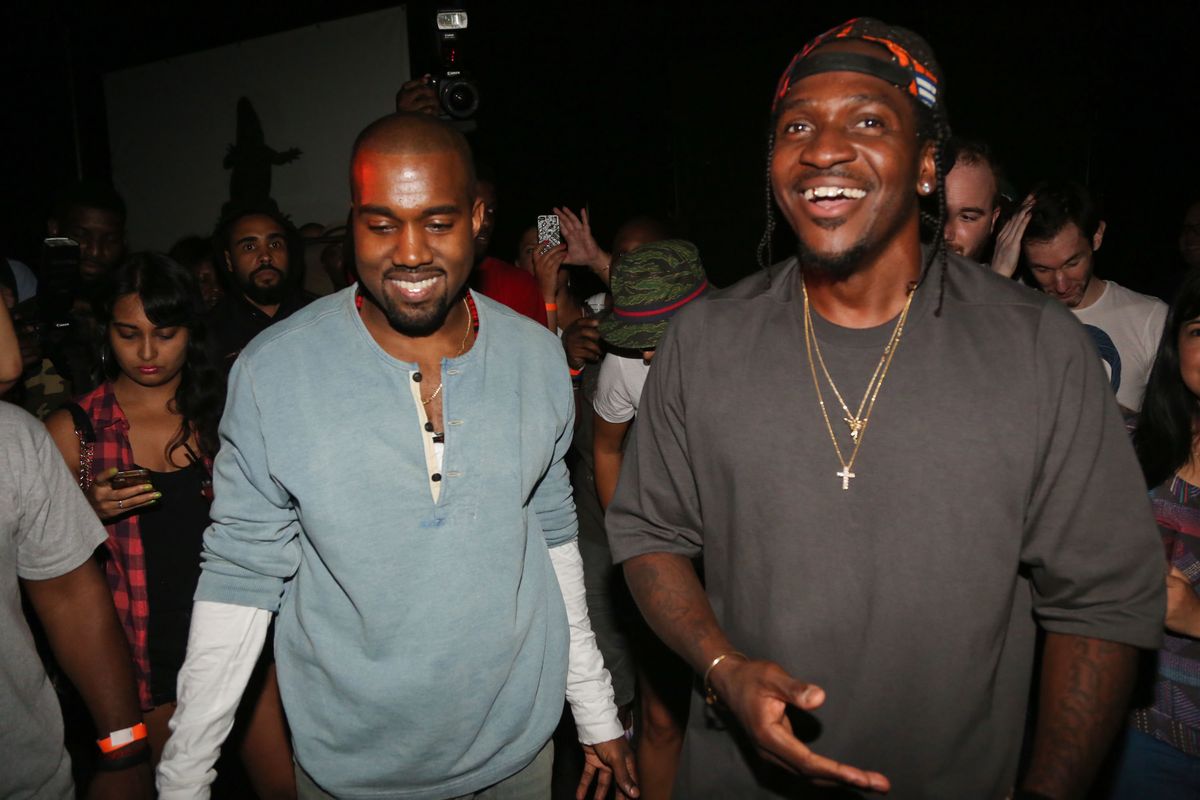 Pusha T is back with a new album which, while exciting in its own right, has also seen him prompted to discuss his close-collaborator Kanye West's frequent appearances in the media. Namely, West's support of Trump.

Sitting down with Power 105.1's Angie Martinez to discuss DAYTONA, Martinez came in hot: "What's up with ya man?" She asked, likely referencing West's recent TMZ appearance where he claimed slavery sounded like a "choice," as well as his repeated advocation for the current president and other heroes of the right. "It's just another one of many things we disagree on," Pusha told the station. "It's just a stance that I have. I'm totally against it."

While some might assume West's comments are detrimental to the careers of his cohort, Pusha T says it forces him to strive to create a flawless album. His logic is simple: if the music is great, even haters won't be able to pick it apart.

"I do feel like it affects [the music] in a positive way because I do feel like he knows that that's one thing that better not lack," he explained. "People are sniping and they're ready to shoot."

You can listen to a preview of the first release from DAYTONA, a Kanye West-assisted track titled "What Would Meek Do?" below, or head over here to watch Pusha's full interview.