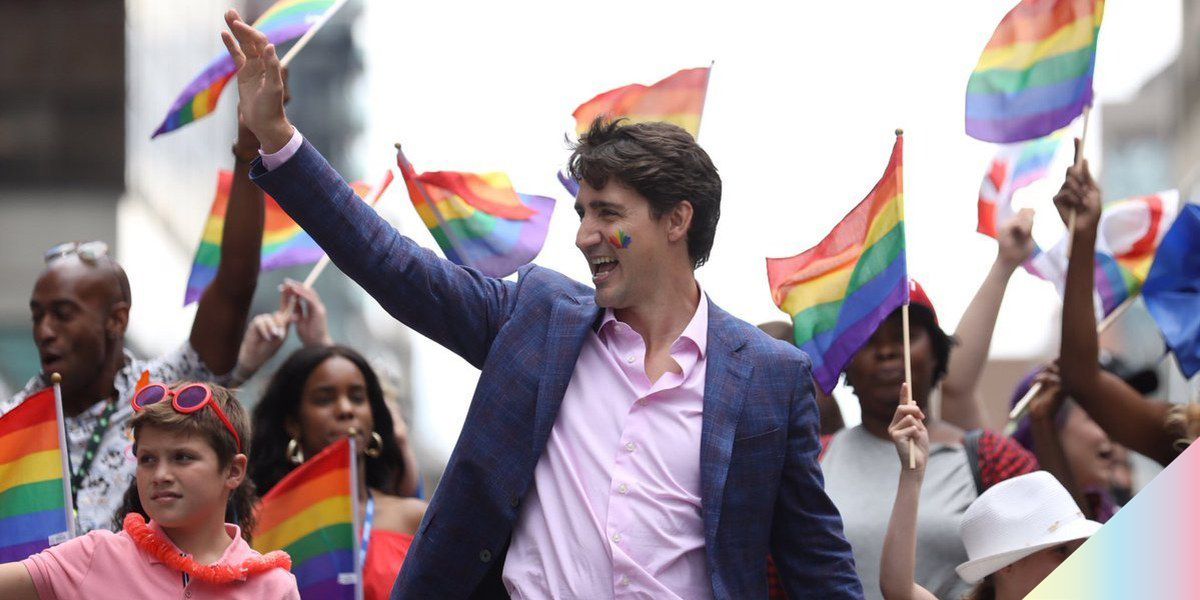 Canadian Prime Minister and the Internet's perpetual obsession Justin Trudeau marched alongside the LGBT community and allies during Toronto's Pride celebration yesterday, setting a commendable example of what a true leader should be. Trudeau walked the parade alongside his wife and children, with a painted rainbow maple leaf on his cheek and a pair of multicolored "Eid Mubarak" socks acknowledging Ramadan, the Islamic holy month of fasting, which ended the same day.

Trudeau shared photos from the event on Twitter, saying simply, "Love is love." Other photographers posted pictures of Trudeau greeting the diverse array of kids and revelers in the crowd, including one gobsmacking adorable photo of the Prime Minister high-fiving a young girl dressed as Wonder Woman.

Trudeau has also marched in other Pride parades across Canada during his candidacy. Meanwhile, American citizens are still waiting on the Trump administration to publicly acknowledge June as Pride Month.