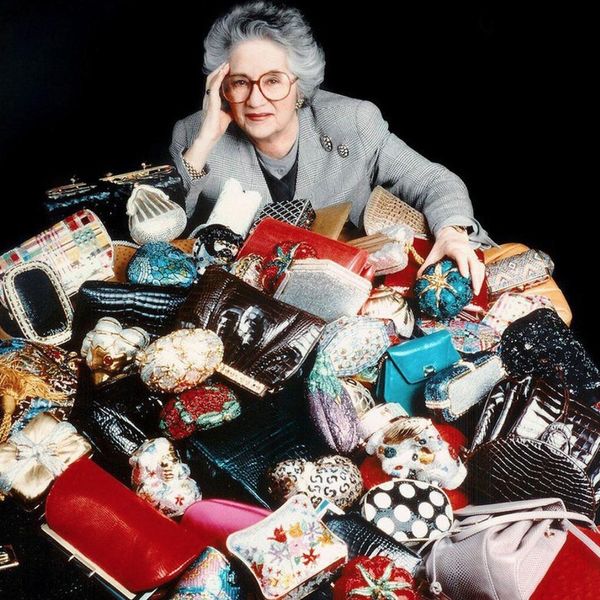 Judith Leiber Is Experiencing a Resurgence

Before her death at the age of 97 just a few months ago, Judith Leiber had already lived quite the career, her iconic bags spanning decades of fashion trends, models, celebrities, and pure fashion devotees. After surviving the Holocaust as a Jew in Budapest during World War II, Leiber moved to New York City in the '40s and worked for other designers before forming her namesake collection in 1963. Now, 55 years later, her bags are experiencing somewhat of a resurgence. While they never actually went anywhere, they're certainly coming back en vogue with a vengeance, perhaps in celebration of the life of a fashion icon.

Judith Leiber on Instagram: “In loving memory of Judith Leiber. Judith’s whimsical minaudieres were adored by the world over, including some of Hollywood’s biggest…”

It was widely reported that Leiber liked to say it was only necessary for a woman to carry a handkerchief, lipstick and $100 bill in her handbag, which made the size of her whimsical clutches just perfect — and a far cry from the Mary Poppins totes that were popularized towards the end of her storied career. With minimalism a growing trend when it comes to everything from tailored ready-to-wear from the likes of Céline and Victoria Beckham to athleisure by way of Yeezy and Alexander Wang, it seems the right moment for a glamorous take on the trend.

Leiber has created crystal-covered clutches in nearly all shapes and likenesses. She famously created one for First Lady Barbara Bush that was made to look like her springer spaniel, Millie. Others have ranged from fast food french fries to polar bears, geometric shapes and rainbow-colored spheres alike. From Kim Kardashian to Kim Petras, see the fashion moments that are bringing Judith Leiber's museum-worthy creations back to life today.

Blake Lively on Instagram: “THE cassette tape as a clutch, a portrait of Deadpool on my nail, an X-Force nail, a full DP heart on, and a ring like Collossus’ fist. Can…”