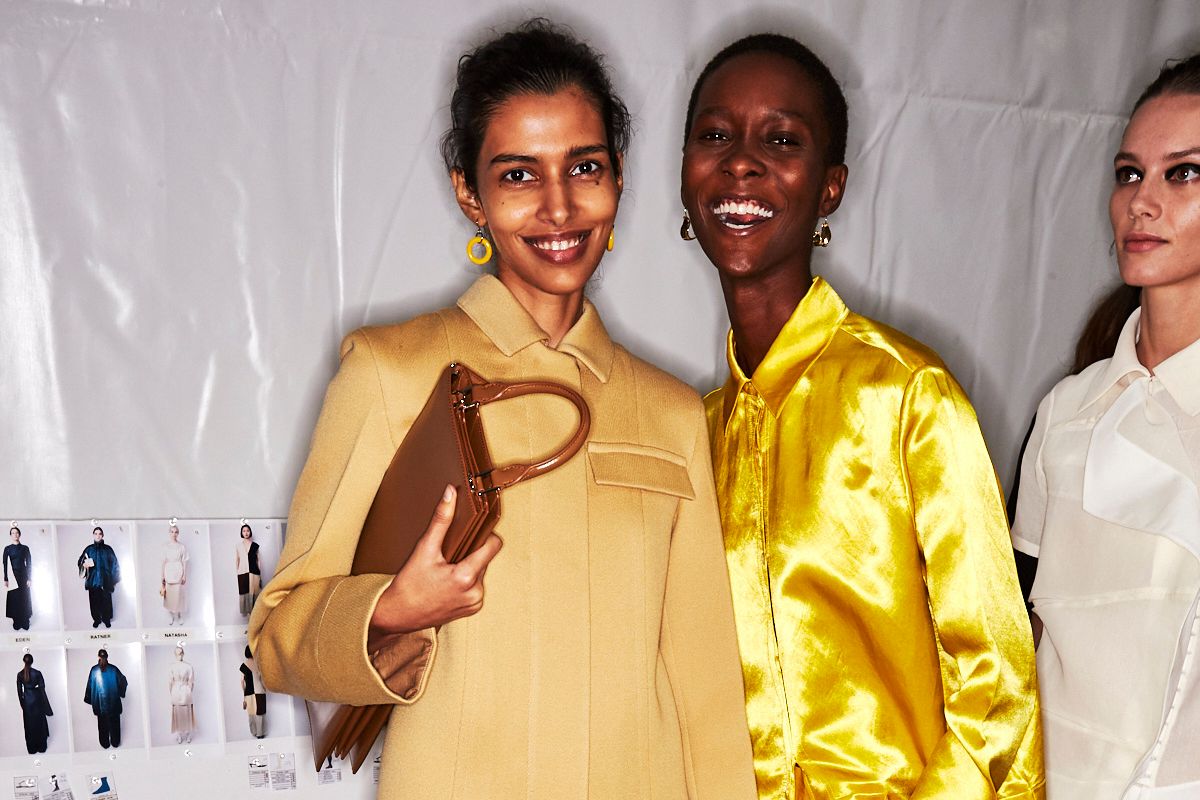 Since 2017, co-creative directors and husband and wife duo Luke and Lucie Meier have been injecting the Jil Sander brand with their own version of refined sophistication — with elements of simplicity. This season, the two focused on creating winter clothing that is "sculptural, but delicate at the same time and not just a pile of layers," according to Vogue UK, who got an exclusive preview of the collection. Here's everything else you need to know about the fall 2019 show.

Several examples of suiting were shown toward the end of the collection. In unusual shades such as eggshell, sea foam, chocolate and tan, blazers were cut to be sculptural with voluminous waists. Pants and skirts were loose and flow-y for the ultimate contrast.

Wide stripes were the only pattern in the fall 2019 collection. A black turtleneck maxi dress was layered with white stripes while the reverse was true of two white dresses that nearly resembled ponchos for their geometric silhouettes.

This was a show centered on simplicity (a Jil Sander standard) and that was proven with the color palette. The majority of colors for fall 2019 were neutral beige, tan, gray, greige and sand. Even less neutral shades such as pale yellow and blush were lightened up to veer into nude hue territory.

One more color of importance? Deep navy blue. The designers were inspired by the essence and aesthetics of Japan, and some of the deep blue pieces seen use textiles from the Kojima region of Japan, which is known for its indigo dyeing process.

As a heritage brand, Jil Sander is known for producing architectural bags in luxury leathers. This season, we saw new, covetable shapes. Oversized totes with square bottoms, slender mini bags, clutches and rectangular top handle trunks were all there. Some shoulder bags had netted fabric hanging down from them. The 60-look collection had a bag for each model, solidifying the brand as a handbag label as much as it's known for ready-to-wear .