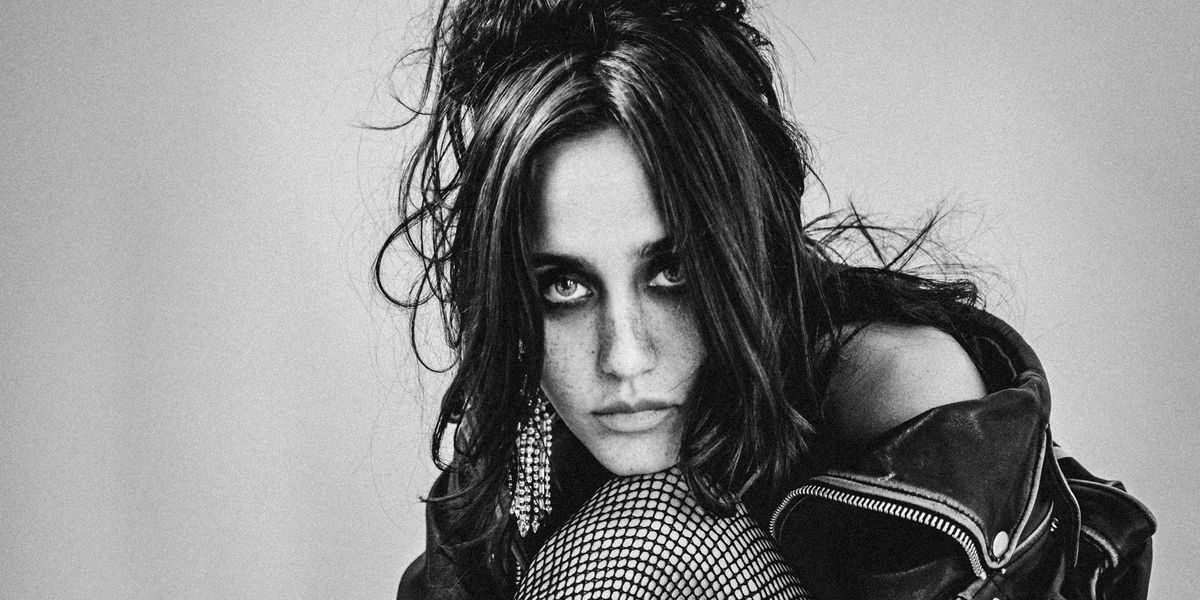 Jesse Jo Stark Will Be Your 'Tangerine'

What's more glamorous than lounging in the bed of a pickup truck, surrounded by hundreds of perfectly ripe tangerines?

Jesse Jo Stark, the Los Angeles musician who embodies the city's cinematic nostalgia, nails this in a matching orange lingerie set while softly singing a promise in her new video: "I'll be your tangerine/ you can peel me with your teeth/ I taste so sweet." Stark's allure has helped to define her career thus far, like a sultry '70s siren lost in the present day.

"'Tangerine' is about the rawness and realness of a person," Stark says of the single, which features a 12-piece string set recorded pre-COVID. "The different layers and moods we all experience — the sweet parts and the not-so-sweet parts. It's a trip to decide how to visually represent something that feels so visceral and personal to me, but that's why I wanted to bring it back home."

Stark says she pictured a simple, emotional treatment for her visual, which centers on LA's mountains, oceans and moonlit streets. "I wanted the video to take place where I grew up," she adds of the Daniel Regan-directed music video. "I wanted to drive past the places that shaped me and scarred me and made me into the woman that I am. I think storytelling, whether it's a song or a video or a painting or a photo, should hurt a little bit when it's becoming real, and that's what 'Tangerine' is to me. It's just me, my El Camino and the beach."

"I wanted to drive past the places that shaped me and scarred me and made me into the woman that I am."

"Tangerine" follows the release of her John Prine cover, "Angel From Montgomery," which Stark shared in April. Both tracks similarly wrap her warm, familiar vocals inside expansive production that feels more like a classic soundtrack on vinyl than a 2020 pop tune. Still, Stark manages to carve out all the gloss, grit and sex in her Americana-tinged music, which made her the perfect video vixen for YUNGBLUD's recent "Strawberry Lipstick" video.

Watch the PAPER premiere of Jesse Jo Stark's "Tangerine" video and stream it, below.