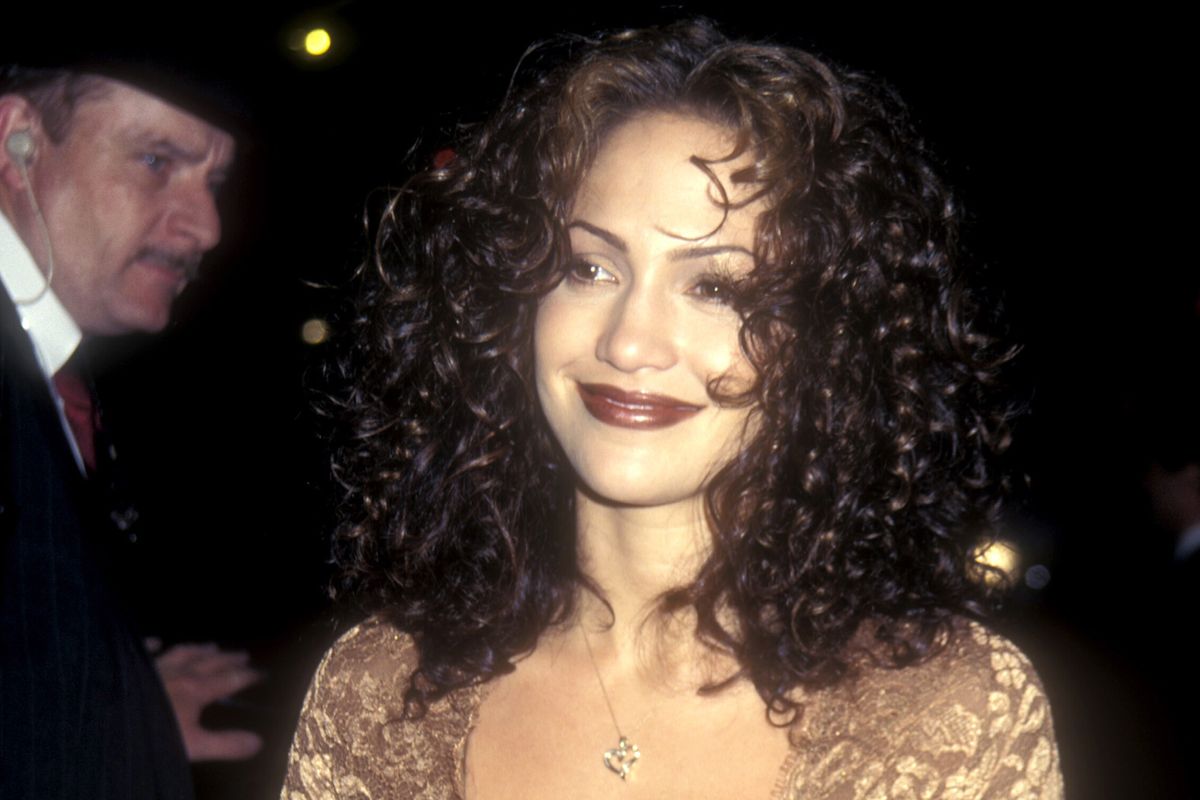 Jennifer Lopez Fashion Looks, From the '90s to Now

Jennifer Lopez has done it all. She's a former professional dancer who transitioned into acting, then singing, as though it's normal to be good at all three gigs. She's designed her own fashion line, and was one of the first celebrities to turn cosmetics and perfumes into a highly lucrative side hustle. And she has, over the course of a three-decades-long career, become something of an underrated style icon. Her on-stage outfits are quintessential 2000s diva wear, and her red carpet moments are always polished and spectacular. She has always brought it, and now the industry has taken notice.

Lopez received the Fashion Icon trophy at last night's CFDA awards, resplendent in a custom Ralph Lauren two-piece that showed off her enviable abs. So how did she get here? Journey through her many sartorial successes over the years, below.

Lopez hits the streets for the premiere of Mi Vida Loca. This is exactly how I'm trying to dress for summer 2019, by the way. Possibly minus the sparkly tights, although she makes them work.

An incredibly solid case for spaghetti straps, at the premiere of Desperado.

A star is born at the premiere of Selena. I want her to whip me with that stole.

Natural curls and skintight velvet on the Anaconda red carpet.

At the CFDA Awards way back when. This woman knew she'd be getting up on the podium one day.

On the precipice of pop fame, Lopez wore this beaded ensemble to the 40th annual Grammy Awards.

Related | 'Glow' by J.Lo Is the Best Celebrity Perfume of All Time

Casually inventing yeehaw at the VMAs.

We talk a lot about Jennifer Lopez's abs, but what about her legs?

Related | Inside the Official CFDA After Party

At the CD release party for her debut album On the 6, which just celebrated its 20th anniversary.

It's difficult to imagine anyone else pulling this off.

Followed by this ambitious blowout, which still deserves its place in the canon.

A romantic gown to herald the Bennifer era.

Say what you will about Gigli, but this is a perfect premiere look.

A kinder list would leave this outfit out, but we do journalism here at PAPER, and honestly it's such a fascinating concoction of early 2000s mall trends that she still deserves credit.

We love a ruched look. Also, Monster in Law was good!

Looking like she came from the future to warn us about 2019.

Then bringing it again the next year.

A golden girl at the Golden Globes.

An updated version of her early 2000s red carpet signatures.

A Zuhair Murad gown with a classic silhouette for the 2012 Oscars.

A fierce precursor to the leopard print midi.

A star at the Tony Awards.

A canary yellow cape plus some dazzling diamonds at the Globes.

Lopez marked her long-awaited return to rom-coms with this Giambattista Valli tulle number, and it's one of her best ever premiere gowns. Which is really saying something.