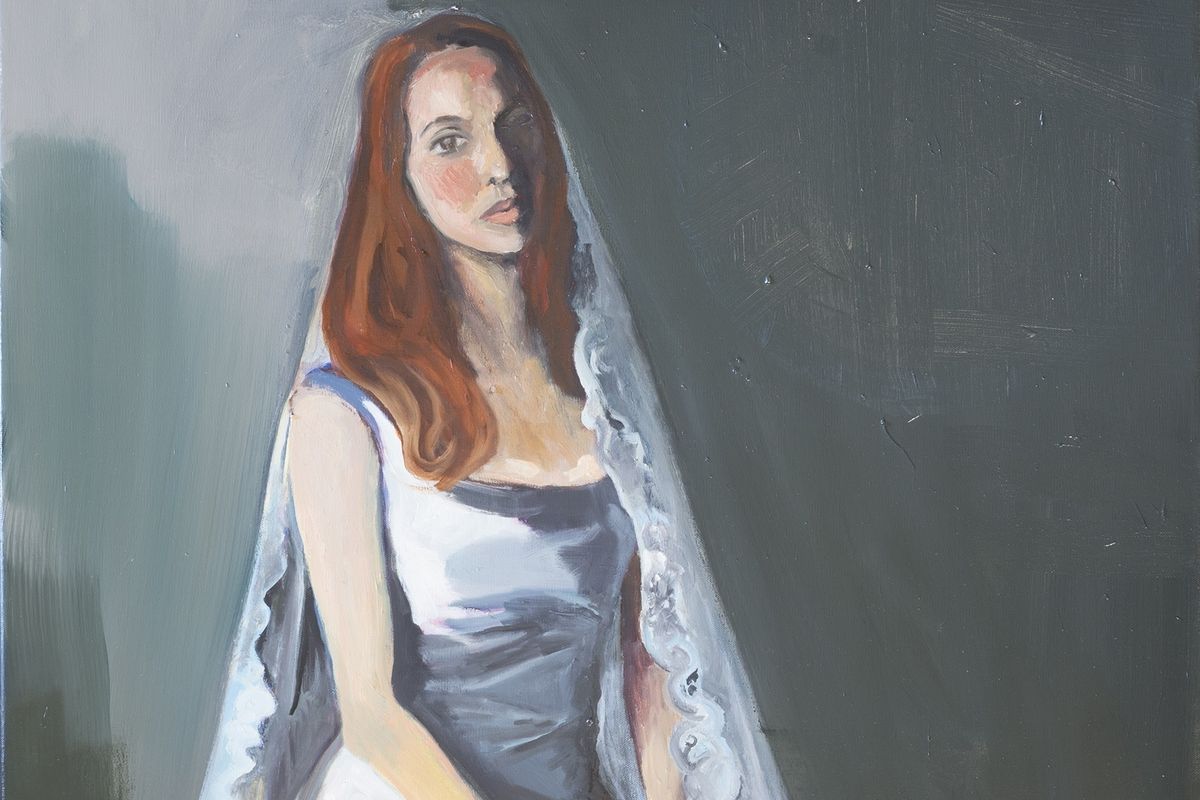 In addition to being an actress and an advocate, Jemima Kirke is also an artist with a message. A collection of her oil paintings that deals with marriage, weddings and women as brides is currently on display for her first solo exhibition at New York gallery Sargent's Daughters through January 21.

For "The Ceremony," Kirke invited her subjects, including friends Allison Williams and activist ShiShi Rose, to pose in wedding dresses. The resulting paintings, dark and discontented, call into question the expectations placed on women as bridal figures. In an interview with Garage, Kirke reveals she drew on her own experience of marriage and divorce, saying, "After I got divorced I started noticing all of these friends getting married and had questions about it. I don't understand how women who are making their own money need to marry.

I love a party. I love performing. I love being the center of attention. That's why I love weddings and want to have a wedding. The civil part of it is what I really don't get, unless you're doing it for a green card, which is kind of cool. That's kind of a dream for me because it's a good excuse to get married."

Kirke told GLAM, "Weddings are totally irrational. And while the approach may vary – it's still a relatively unquestioned norm. So many smart, independent and progressive women I know having willingly participated in it. I just wanted to understand that better."

See the paintings, below, as you ponder the institution of marriage: