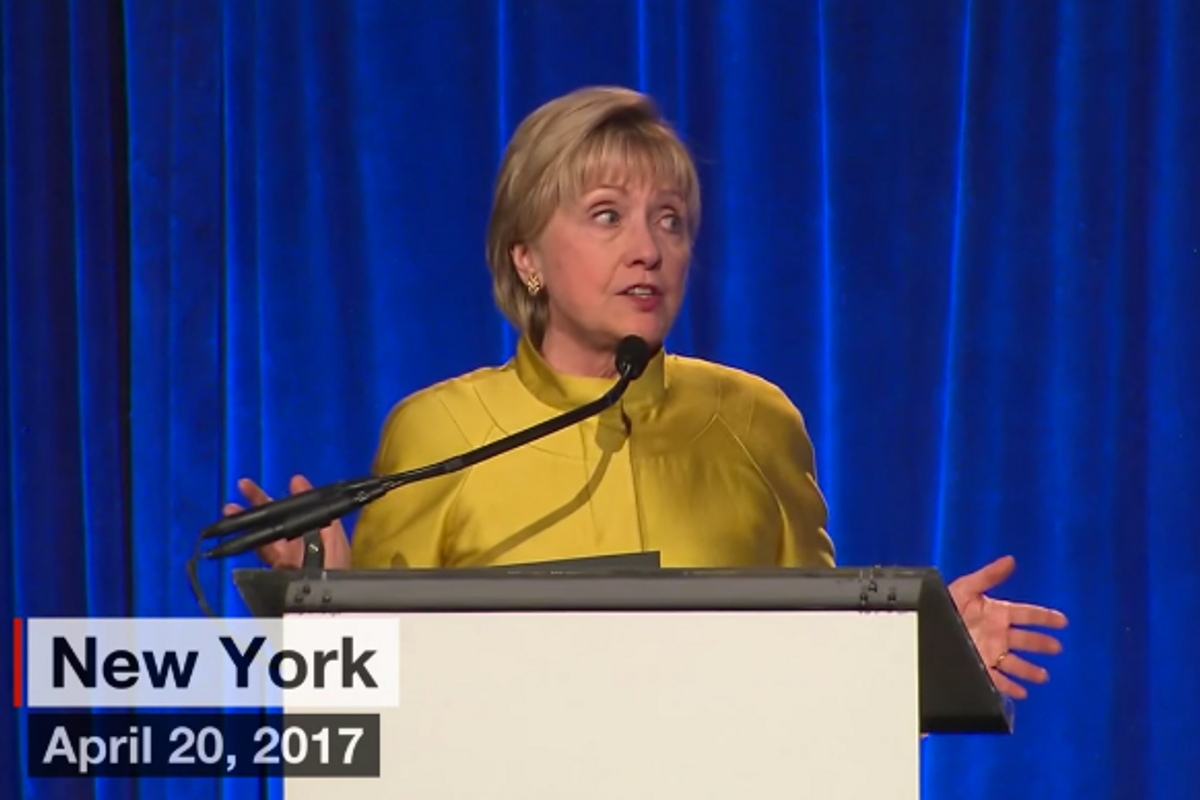 Hillary Clinton, my aunt with ill-advised bangs and yours, took the stage last night to receive an award from the LGBTQ community at The Center in New York and used the air-time to call out moldy chicken tikka masala Donald Trump.

While addressing several of the various very concerning moves made by Trump administration (cc eliminating LGBTQ Americans from the 2020 census), Clinton also mentioned Trump's lack of action regarding Chechnya's alleged torture and murder of gay and bisexual men. She encouraged those in audience to "resist, insist, persist and enlist."

"When governments authorities were confronted with these reports, their response was chilling," Clinton said. "They said you cannot arrest or repress people who do not exist. The United States government — yes, this government — should demand an end to persecution of innocent people across the world."

She also criticized Trump's government for their total disregard of transgender rights and protection against HIV/AIDs.

"When this administration rescinded protections for transgender students, my heart broke," Clinton said. "When I learned about the proposed cuts in funding for HIV and AIDS research, I thought about all of our efforts to try and achieve an AIDS-free generation."

Watch below and cheer on our yellow silk queen.