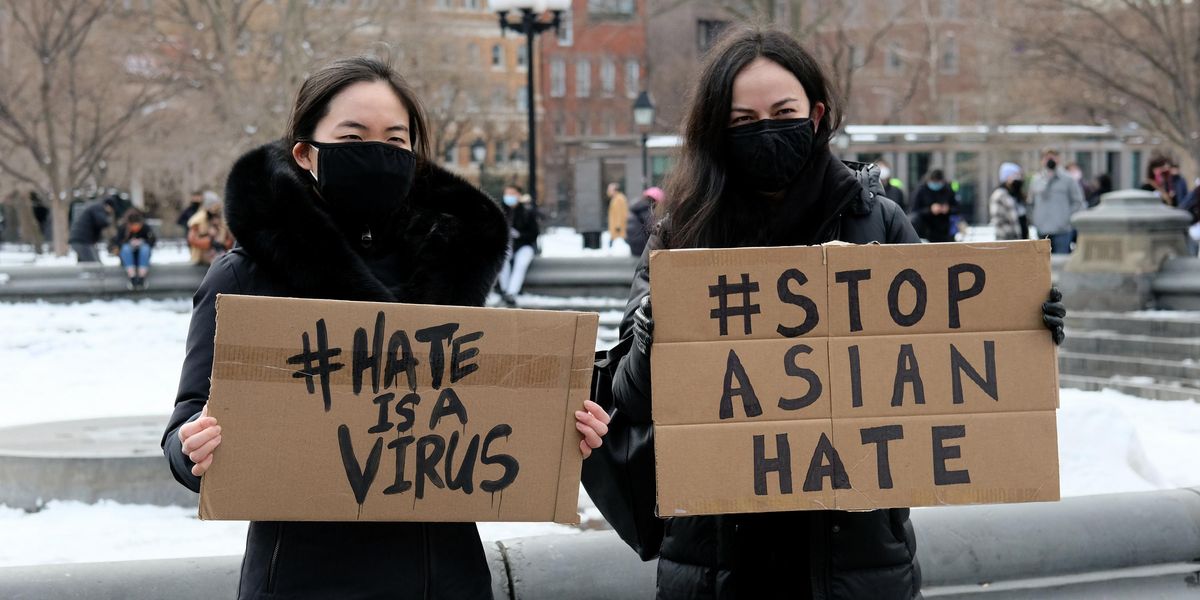 News broke Tuesday night that eight people, six of them Asian women, had been shot by a gunman at three spa businesses in Atlanta. Some authorities seem to think the attack wasn't racially motivated, but the clear targeting of Asian workers during a global spike in anti-Asian violence sounds exactly like a hate crime to us.

Not helped by the "China virus" rhetoric of former President Trump, the pandemic has put Asian American and Pacific Islanders at increased risk of physical and verbal attack, due to the obviously false belief that Asian people are responsible for the spread of COVID-19. Stop AAPI Hate, a national coalition aimed at addressing anti-Asian discrimination amid the pandemic, reported 3,800 firsthand accounts of anti-Asian hate crimes between March 2020 and February of 2021.

These racist and xenophobic incidents are coming at a time when Asian-American businesses, many of them first generation immigrant-owned and therefore at a disadvantage when applying for bank and government loans, are already suffering tremendous economic losses.

There are ways you can help: through donating your money and time, educating yourself and your networks, supporting your local Chinatown and donating directly to GoFundMes and other community fundraisers.

Here are some resources to get started.

Learn about bystander intervention and sign up for Anti-Asian and Xenophobic Harassment Intervention, Conflict De-Escalation, and Reaction Training.

Stop AAPI Hate has detailed reports on incidents of anti-Asian hate in 2020, and the role of political candidates in perpetuating racist and xenophobic rhetoric.

Two great additions to your bookshelf: Minor Feelings: An Asian American Reckoning by Cathy Park Hong and The Color of Success: Asian Americans and the Origin of the Model Minority by Ellen D. Wu.

A thoughtful guide to talking to your Asian immigrant parents and elders about racism.

Learn about coded language from the National Education Association's EdJustice.

Read about why anti-racist action has to extend outside of saving your favorite noodle restaurant.

First up, sign the Declaration of Support for Migrant Sex Workers.

Then check out these orgs:

Help contribute to data that raises awareness of racism and xenophobia in order to protect Asian American communities: