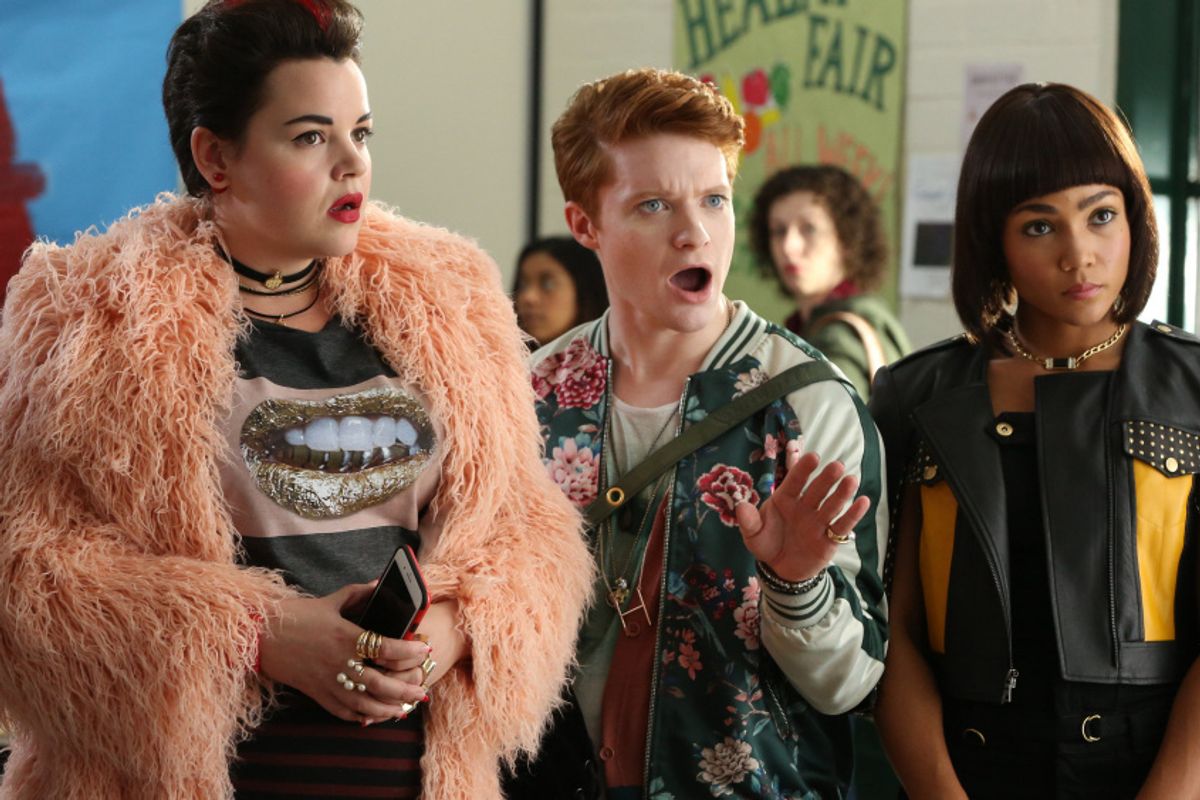 You'll Have to Wait For the 'Heathers' Reboot

If you were excited about the premiere of the new Heathers reboot, you may have to wait a little while longer.

Paramount has reportedly put a hold on the March 7 premiere of the show, which is based on the original 1988 cult-classic, due to the tragic Parkland County school shooting.

In similar style as the original film, Heathers' main premise is on the social hierarchy of a fictional high school. Paramount described the dark humor series as "a satirical comedy that takes creative risks in dealing with many of society's most challenging subjects ranging from personal identity to race and socio-economic status to gun violence." While the show does not have a specific school shooting incident within its first few episodes, it does contain an array of violent acts by students.

Paramount further in the statement that, "While we stand firmly behind the show, in light of the recent tragic events in Florida and out of respect for the victims, their families and loved ones, we feel the right thing to do is delay the premiere until later this year."

The remake appears to flip the script on the traditional bully narrative, seeing LGBTQ and other minority students rule the school, making life hell for the more "traditional students" — a pretty controversial move according to critics. While we were pretty hyped about to check out '80s remake, all good things are worth the wait.

Watch the Heathers trailer, below.