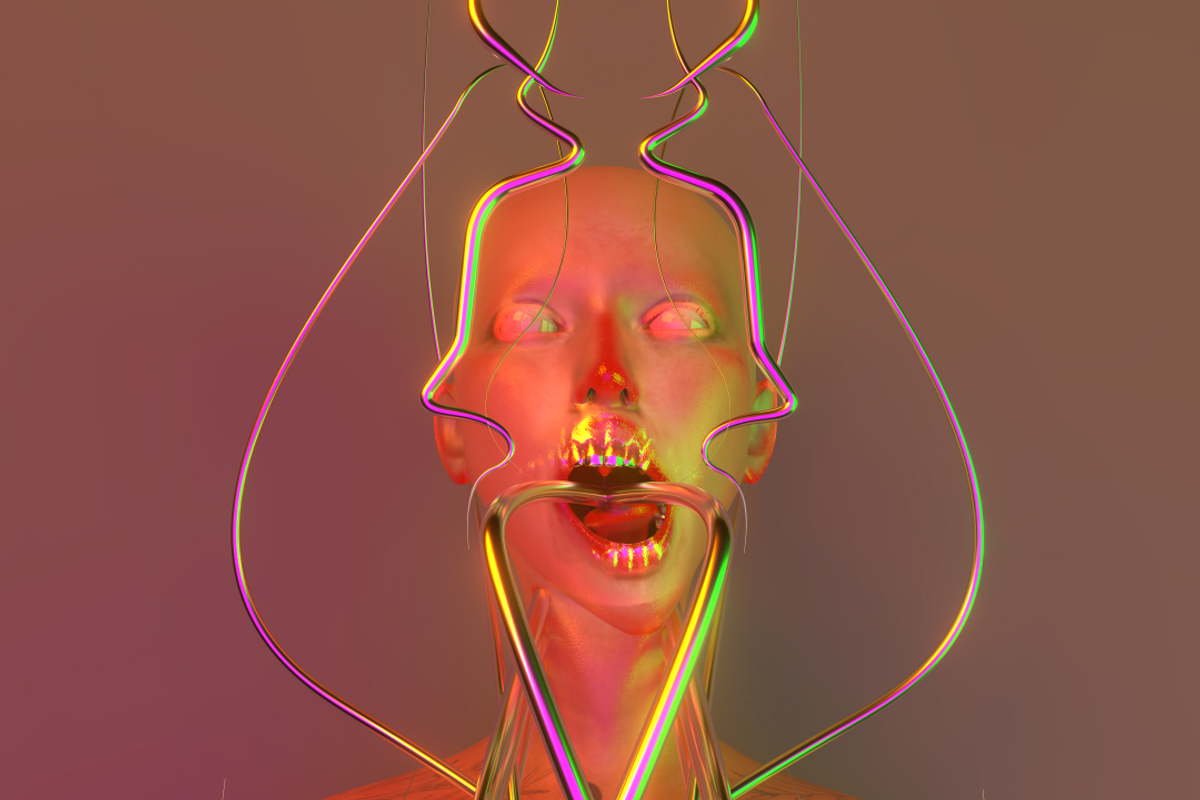 If you could construct your ideal form, what would it look like? If science and medicine weren't an issue and you could fulfill your wildest fantasy, would you give yourself wings? An extra set of arms? Glow-in-the-dark fingernails? Now go a step further an envision the sort of world this form would inhabit. Imagine the landscape, the inhabitants, how your singular existence has specifically evolved to adapt to this world and vice versa. Now, enter Planet Chill Wonderland.

"I've been working on Planet Chill Wonderland for the majority of 2020," Rees explains. "It's my first time platforming my nonbinary experience through the multimedia pieces, which centers around this transformation. Throughout my work as an artist, I explore the dark characters and identities that consume me and focus on the fluid possibilities of gender and sexuality. I look for the humor in the darkness, grotesque and uncanny nature of things which manifests through the narratives that my images contain. It was important for me to platform my images, alongside sculpture, video and sound to really create an immersive world."

The new exhibition also sees the introduction of Rees' latest creative incarnation in the form of their newly launched musical project, XAiLA. A fusion of pop, trap, industrial and hyperpop, Rees' debut single, "DEMON," and accompanying music video further delve into their transition from a post-human perspective. Animated and produced by Thomas Harrington Rawle, "DEMON" sees Rees' avatar being transformed into a black-winged creature encased in winding chromed spikes, glossy plastic skin melting over a polished steel skeleton a la Westworld. It's sleek, futuristic, bloody and post-apocalyptic all at the same time.

"Making this video felt like a step-forward in my expansion as a musician and artist," Rees says. "I wanted everything to reflect the digital nature of my work and thus it made sense to realize myself as an avatar which transforms and thus becomes a higher version of myself: a Demon Angel hybrid creature with wings. This video and track reflects the simultaneous horror and glamour of the fluid duplicity in my work. I also feel this video precursors the top surgery I will receive next year, which is a huge part of affirming my identity."

Planet Chill Wonderland is currently on view at the Stedelijk Museum Breda. Watch the music video for XAiLA's "DEMON," below, out now on all streaming platforms.