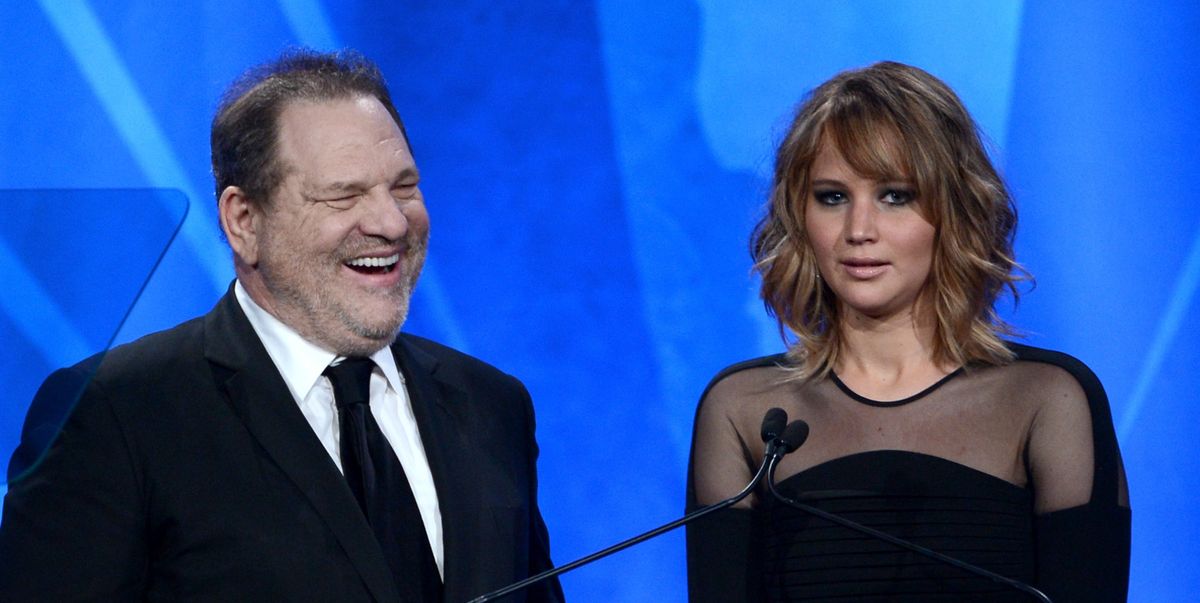 Nah uh, satan. Harvey Weinstein is desperately trying to prove his innocence after six women laid sexual assault charges against him, and he's using A-list actresses Jennifer Lawrence and Meryl Streep to do it. How? Because, his legal team is arguing, they "still like him."

Zoe Brock, Louisette Geiss, Katherine Kendall, Melissa Sagemiller, and Nannette Klatt have all alleged Weinstein sexually abused them, and in court papers obtained by Page Six, his lawyers just want to make very clear that not all women are repulsed by the disgraced film mogul and therefore cannot be a sexual predator (because no one at all would 'like' a sexual predator).

The team cited Jennifer Lawrence as an example because in an interview in The Hollywood Reporter with Oprah late last year, she described Weinstein as a father figure: "He was paternal to me." Lawrence also said she was "aware" Weinstein was a "dog" and a "brute," but those tidbits, of course, didn't make it into the defense.

Streep didn't necessarily denounce Weinstein either, and according to the papers "stated publicly that Weinstein had always been respectful to her in their working relationship." Streep has responded to her inclusion in Weinstein's campaign for exoneration and is not happy. In fact, she's really, really mad.

"Harvey Weinstein's attorneys' use of my (true) statement — that he was not sexually transgressive or physically abusive in our business relationship — as evidence that he was not abusive with many OTHER women is pathetic and exploitive," Streep told Deadline. "The criminal actions he is accused of conducting on the bodies of these women are his responsibility, and if there is any justice left in the system he will pay for them — regardless of how many good movies, made by many good people, Harvey was lucky enough to have acquired or financed."

Lawrence also added that news of Weinstein's rampant abuse made her feel "sick in my bones," while Streep said, "The behavior is inexcusable, but the abuse of power familiar."

Don't even try it, Weinstein.