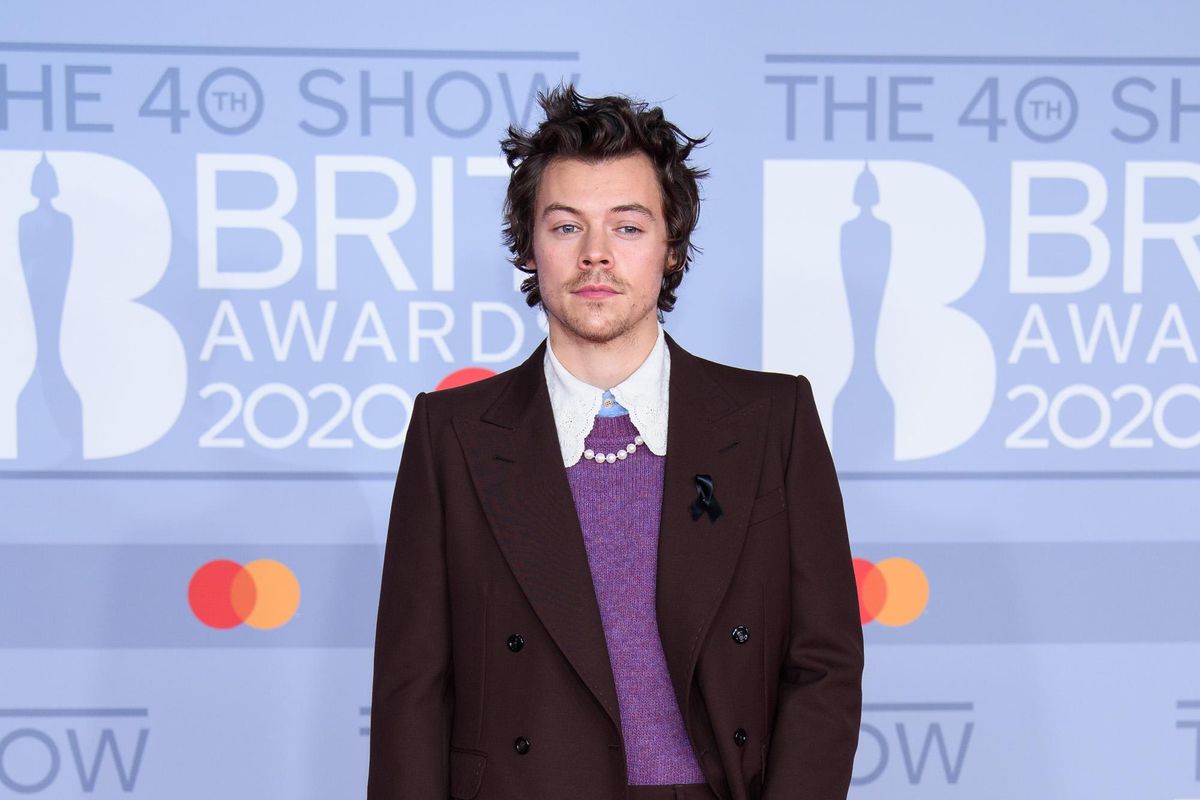 Harry Styles is hitting back at conservative critics of his Vogue dress.

As you probably remember, the star made waves last month after donning a Gucci ballgown on the magazine's cover. And while his sartorial decision did spur a number of important conversations, it also incurred the unfortunate ire of many conservatives, including pundit Candace Owens.

Related | Why Did We Take the "Harry Styles Wore a Dress" Bait?

"There is no society that can survive without strong men," she tweeted in response to the cover, before adding that Western society needs to, "Bring back manly men."

That said, Styles himself appeared to finally address her comments in a cheeky new post from Wednesday.

On Instagram, the "Watermelon Sugar" singer uploaded a photo of himself eating a banana in a powder blue suit and ruffled shirt. However, what really caught the internet's attention was the way his caption repurposed Owens's criticism. And the line he chose? None other than "bring back manly men," of course.