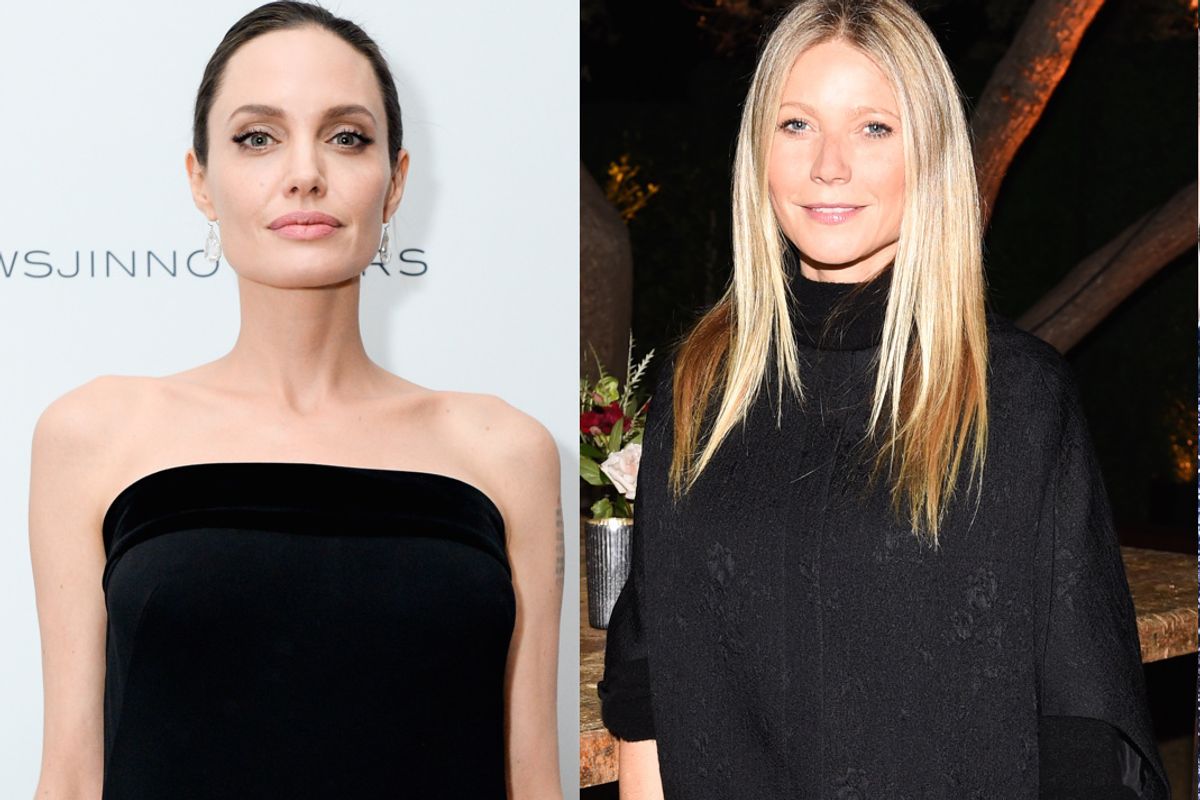 In the wake of bombshell exposes by the New York Times and the New Yorker about Hollywood mega-producer Harvey Weinstein's serial sexual harassment and abuse of women, several women have come forward, both anonymously and publicly, to share their stories. Now Angelina Jolie and Gwyneth Paltrow have added their names to that list, saying that Weinstein harassed them when they were younger.

Paltrow told the New York Times that Weinstein harassed her when she was 22-years-old. She says she had just been cast as the lead role in his adaptation of Jane Austen's Emma when he invited her to his hotel suite and tried to get her to give him a massage in the bedroom.

"I was a kid, I was signed up, I was petrified," Paltrow told the Times. "I thought he was going to fire me." She says she told her then-boyfriend Brad Pitt, who confronted Weinstein. Weinstein then told Paltrow not to tell anyone else. "He screamed at me for a long time," she said. "It was brutal."

Jolie shared her own story with the Times, saying that she also rejected Weinstein's advances in a hotel room in the late nineties when she starred in Playing by Heart.

"I had a bad experience with Harvey Weinstein in my youth, and as a result, chose never to work with him again and warn others when they did," Jolie said in an email. "This behavior towards women in any field, any country is unacceptable."

Paltrow and Jolie are some of the most prominent actresses to come forward with stories about Weinstein so far. Asia Argento has also alleged that Weinstein assaulted her, while women including Ashley Judd, Mira Sorvino, Tomi-Ann Roberts, Rosanna Arquette, Katherine Kendall, Romola Garai, Ambra Battilana Gutierrez, Judith Godrèche, Dawn Dunning and Lucia Evans have also shared their stories, while a long list of names in Hollywood (and politics) have come out against Weinstein.