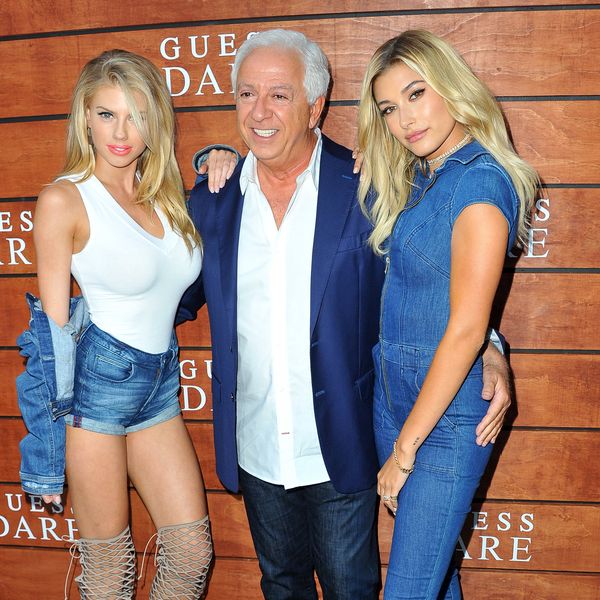 Multiple Guess models came forward early this year to accuse Paul Marciano of sexual and emotional harassment in the swell of the #MeToo movement, and now the Guess co-founder has stepped down.

In January, Kate Upton took to social media to reveal her experience with Marciano, writing on Twitter: "It's disappointing an that such an iconic women's brand is still empowering Paul Marciano as their creative director #metoo." She then followed up with a post to Instagram, further establishing her case, "He shouldn't be allowed to use his power in the industry to sexually and emotionally harass women #metoo."

Upton expanded on her words in a later interview with TIME, claiming Marciano groped her breasts, forcibly kissed her and called her a "fat pig."

Upton's post prompted many other Guess-favorites to come forward with allegations of their own against Marciano, compelling the company to launch an investigation. Upon its conclusion Guess has found Marciano "exercised poor judgment in his communications with models and photographers and in placing himself in situations in which plausible allegations of improper conduct could, and did, arise." They also shared in a statement that Marciano made "inappropriate comments and texts and unwanted advances including kissing and groping."

Marciano initially responded to Upton's posts, labeling her claims "preposterous." He told TIME, "I have never been alone with Kate Upton. I have never touched her inappropriately. Nor would I ever refer to a Guess model in such a derogatory manner."

He continued, "She leveled this malicious and false accusation only hours before a gala event at our headquarters in Los Angeles unveiling a new Guess campaign. Ms. Upton told TMZ that 'I'm excited to tell my whole story...' I am told that she has been working with others for some time to defame me and will claim that I groped her among other things."

Guess and Marciano have reportedly settled with five victims, paying a total of $500,000.