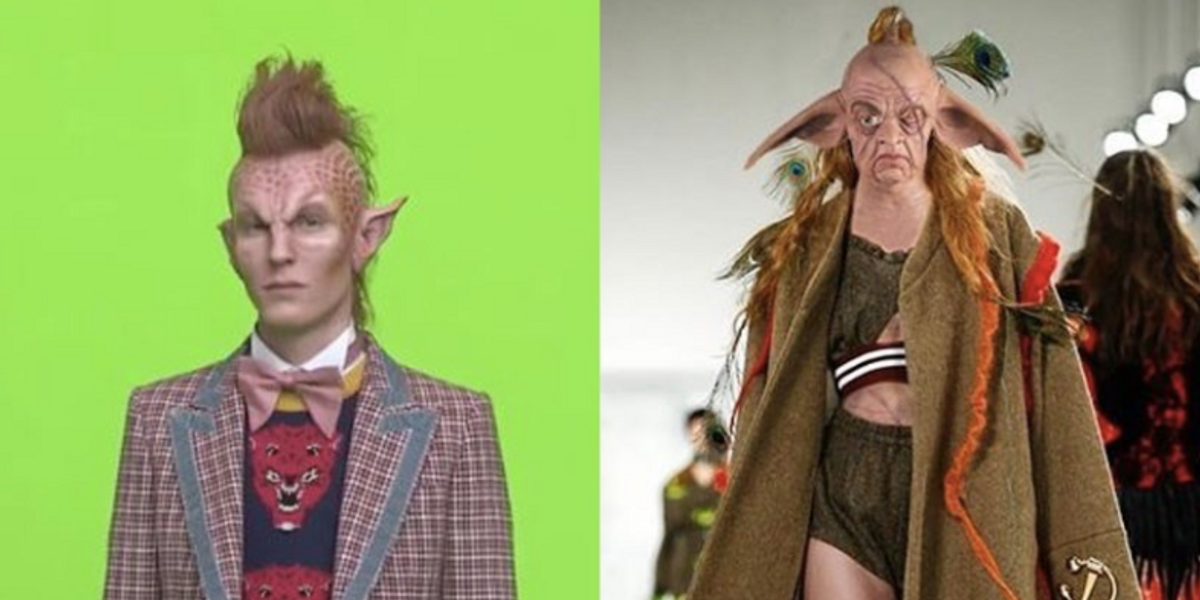 Last Friday, Gucci unveiled teasers for its AW17 campaign on Instagram featuring a bunch of alien-like-creatures as models.

The posts caught the eye of one person in particular - Central Saint Martins womenswear student Pierre-Louis Auvray, who commented on Gucci's page that the brand had stolen the aliens-as-models concept from him. Auvray's own Instagram is filled with images of digitally-drawn models that are quite similar to those featured in the Gucci campaign.


"I am just a student working hard on building my own stuff and the last thing we need as young creatives is to be ripped off," Auvray wrote on Instagram.

The Central Saint Martins BA Fashion account posted in support of Auvray, saying, "Wherever your influences come from, it is vital to credit. Young emerging designers and artists only have their ideas to trade."

Now, Gucci's Creative Ambassador Alessandro Michele has responded to the plagiarism claims, telling Business of Fashion yesterday, "It's not true. It's something that makes me feel really sad. People build a story around nothing."

Michele told BoF that he only saw Auvray's work after the claims blew up online, and that any similarity between the two designs was purely coincidental. "It's about my memories, so movies from the '70s [including Star Trek: Lost in Space] that I saw many times," he said of his inspiration. "It's more about space, we have the robots, the aliens ... I tried to work with Chris [Simmonds, artistic director] and the guys and Glen [Luchford, photographer] on strong characters."

He also added that plagiarism in this case would have been impossible, given that Auvray started posting his images seven weeks ago, and planning for big campaigns at Gucci starts many months in advance. "[The idea] started in my mind a few months ago," he said, "because it's big, big, big work, to organize everything."

Auvray posted on Instagram that he was going to keep doing his thing, "as I always did," adding that he will tag "every reference I use in my work."