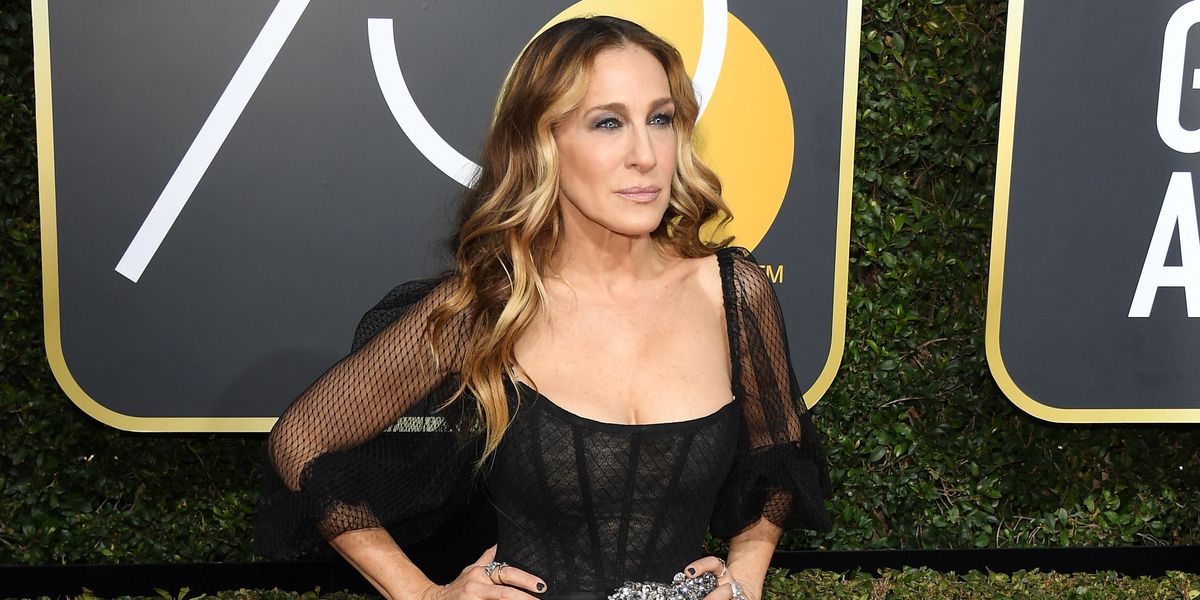 The 2018 Golden Globes provided clear proof about the power of fashion as a vehicle for promoting widespread change. Under Time's Up, an organization comprised of more than 300 Hollywood gatekeepers, stars wore black on the red carpet to stand in support of sexual harassment victims. This sweeping initiative followed a long year of serial abusers being exposed, most notably producer Harvey Weinstein.

Black became a visible symbol of social justice, focusing attention on the achievements of women being honored during last night's ceremony — not just their clothes. But with a tactful dress code comes serious responsibility, and one that extends beyond color. Stars should've also considered the designer behind their all-black gowns, and while many did, several did not.

Italian fashion house Dolce & Gabbana has long been a red carpet staple, and that remained true at this year's Golden Globes. Sarah Jessica Parker and Mariah Carey both wore the designer duo, and while they looked impossibly gorgeous (Carey, especially), D&G has a history of questionable views on assault that should've kept them off the red carpet entirely.

In an October 2017 interview with Vogue UK, Stefano Gabbana voiced his unpopular opinions about British politician Mark Garnier, who was being investigated at the time for asking his personal assistant to buy sex toys and using a sexual slur against her. "It's not new," Gabbana said. "After twenty years you say, 'Ah! He touched my ass!' It's not violence, this... Who doesn't do sex? Who doesn't? It's a trend. Now the trend is sex."

After undermining assault victims by saying it's "not violence," the designer fell back on his Italian background as justification for the way we engage with sex today. "Sex is an old story," he said. "We are Italian. We came from the Roman Empire. We know very well." If Gabbana meant that men using their power to make women their victims isn't new, then he's absolutely correct — in fact, it's historic. But after prefacing the interview saying "political correctness is fake," it seems the designer was attempting to normalize rape like so many have before him.

This wasn't the first time D&G attracted viral criticism, either. The designers proudly — and repeatedly — dressed First Lady Melania Trump, and responded to a flood of Instagram criticism with comments like "I don't care!" and "Bye bye!" In his Vogue UK interview, Gabbana said "I don't care about American politics," underlining that he's Italian, not American.

With such twisted, ignorant opinions on sexual assault, which all of Hollywood was making a loud statement about through Time's Up and their respective black gowns, D&G had no place on the Golden Globes red carpet. Supporting designers who dismiss the validity of victims' lived experiences is blindly counterproductive and shamefully complicit, and especially on a celebrity platform.