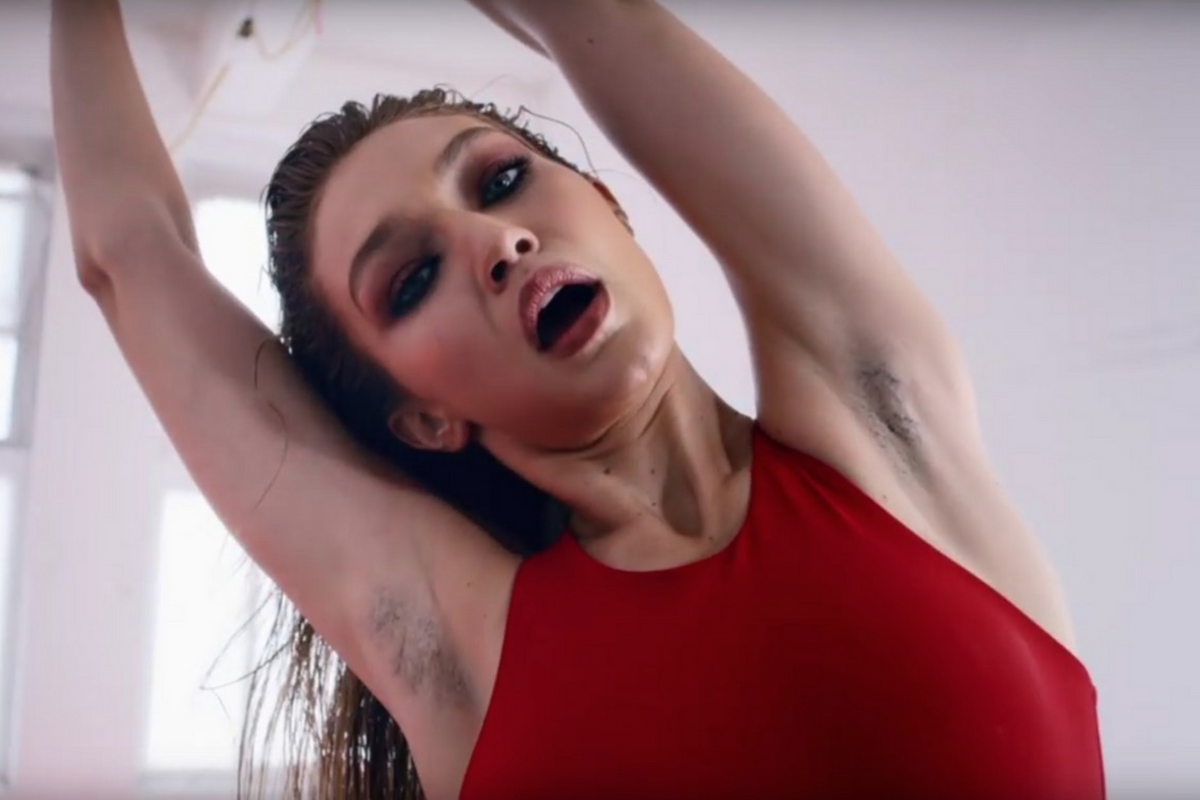 In what can only be described as peak 2017, Gigi Hadid has garnered a mixture of backlash and applause after releasing her sexy boxing-themed video for LOVE's annual advent calendar, which showed her armpits with a perceived five o'clock shadow.

While TMZ revealed the dark substance on Hadid's underarms to be "coat fluff," this was not before the sight caused a significant stir. To give you an idea of the carnage an "unshaven" model can cause, feel free to peruse each individual outlet that felt it imperative to highlight that a Hadid was perhaps not as flawless as we might have previously imagined.

The concept that Gigi can have body hair and go unretouched also ignited a fiery online debate. Twitter users subscribing to second-wave feminism celebrated the model's bravery, while meninists also came out in full force (as they do), and others simply couldn't comprehend a model's armpit was a talking point altogether.

The entire narrative arc can be summarized in the following tweets, kicking off with those declaring the Victoria's Secret model a feminist icon.

I'm here for Gigi Hadid's armpit hair. When women take control of their own bodies and not society's opinion of ho… https://t.co/vfbeHZgTyQ
— Shrug Dealer (@Shrug Dealer)1513098769.0

Before the adhere-to-societal-expectations-or-die beauty experts came in hot.

"But even though women dutifully shave off in order to maintain their sex appeal, they do have armpit hair. Are y'all just learning this?" Cried befuddled young progressives tweeting from their high school common rooms.

Why is everyone so upset about Gigi Hadid having armpit hair? It’s a natural thing, men always have armpit hair eve… https://t.co/u6W1SC4Nxh
— Renezmee (@Renezmee)1512996357.0

And finally, those who had just had enough.

If you're interested in watching Gigi Hadid and her armpits in their full glory, check out LOVE's video, below. Otherwise, welcome to 2017, my sweets, and pray for us all next year.