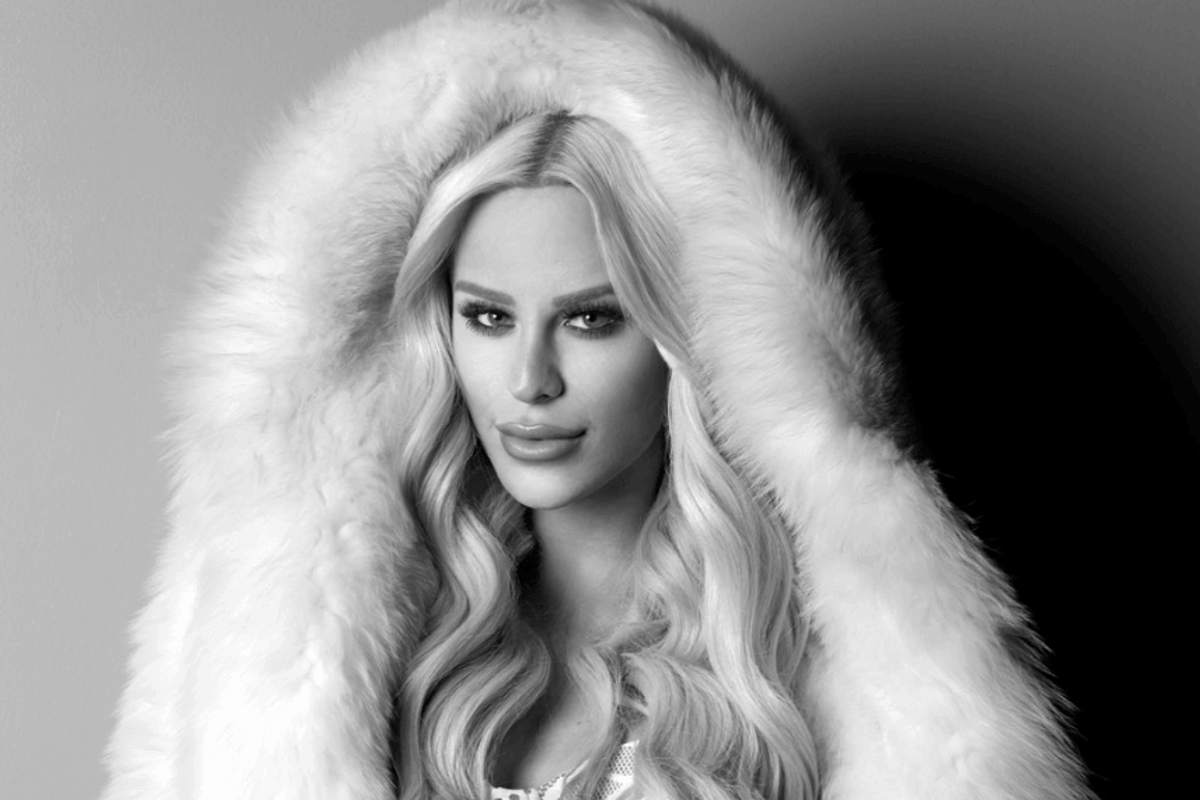 Gigi Gorgeous Talks Celebrity, Discrimination, and Giving Us Everything In Her New Documentary

There is no way you can dislike Gigi Gorgeous. Homegirl has built her career on being likeable and has since has amassed a fandom that would be any marketing team's wet dream.

Of course she did. Giselle Lazzarato says her combined six million followers feel like "they know her" – a blessing and a curse – and I get it. To be in Gigi's presence, whether via a screen or IRL, is to feel like you've gained friend. She is the portrait of femininity, unbelievably beautiful in a way that's intimidating, yet inspiring (you're just a subscribe button away from attaining her "look") and she has a backstory that's more unique than fiction. Which is why she made a documentary.

This is Everything: Gigi Gorgeous was released today on (where else?) YouTube Red, the sites new paid subscription service. Five years in the making, the documentary follows Toronto teen Gregory's transition into Gigi, LA superstar. With a whole host of archival footage and intimate interviews, Gigi, as the film's title suggests, has now given us everything...and we're still coming back for more.

Gigi! Tell me about the film. It must be so bizarre to be another audience member watching your entire life on screen and seeing strangers react to it. As YouTuber you don't get that instant response that isn't mediated in comments you know?
It's real-time. Absolutely. I mean watching it in the audience it's a little cringe-worthy I must say but it's very rewarding because I put a lot of work into it. I started filming for it when I was 19 years old, so I've been working on it for years now.

What's the response been like thus far?
It's been amazing, I watched it at Sundance, Los Angeles and New York a couple days ago. Every single theatre is different but the same, people laugh at the same parts and cry at the same parts. Everyone really, really seems to be loving it. I was like "oh god, I hope it's funny."

Audience engagement is something I really wanted to talk to you about. You've been so accessible to your fans for so long, what's it been like to navigate a constant stream of feedback – especially while you're having to come to terms with your own identity?
You know, it can definitely be uncomfortable, especially with the film because it's more personal and vulnerable than I've ever been. With things about my mother and as a baby, all of the personal stuff I've gone through that I've hidden from the Internet for seven years.

See that's crazy to me because I feel like you never hid anything.
I think I made it seem that way, but there was a lot going on behind the scenes. This was me dropping the wall and letting everybody in. I thought if I'm going to do a documentary about my transition, my family, my life, why hide anything because otherwise it's not going to be authentic.

It also must feel like you're sharing in a much safer space than perhaps even ten years ago, bigotry is both far more uncommon and very uncool. Do you still experience any discrimination?
Absolutely, I mean even though it's becoming more of a household topic every single day. There are still so many people out there that just haven't come around and are still disrespectful...I mean I get discriminated against every single day in the comments.

So you read the comments? Wow, that's brave.
Oh absolutely I'm so active on my social media. I'm definitely looking in the comments section, but I try to focus on the positive because there is so much love. As you said people have come around and they're so much more understanding now.

That's right but then something really regressive will happen for example, how you were detained in Dubai and, of course, Trump and it's a total shock.
I couldn't have put it better myself, like shocking.

Exactly! I mean you have members of the LGBTQ community like Caitlyn Jenner, who is very openly affiliated with a political party with values that are anti-queer and anti-trans. How responsible you feel, as a part of that community, to be a spokesperson or an activist for it?
A lot of pressure is put on me, but I try not be affected by it because I end up getting stressed out and reading too much into it. I try to stick with what I know, the YouTube family that I've created, we share the same thoughts and beliefs. It's all about love at the end of the day, despite the scary things that are happening in the world.

What is the Youtube community like within itself, is there a lot of jealousy and competition?
Actually completely the opposite. With the slow transition we're making into mainstream, actually at this point it's really accelerated, but I think we all stick together and build each other up because we all came from nothing...We all felt like outcasts at one point, whether you're LGBTQ or whatever community, we just grabbed cameras and started talking to them.

It's definitely accelerated, even given how rapidly we're normalizing technologies that could have a huge impact on how we consume media. Like virtual reality. I wonder how the world is going to change-
From companies trying to one-up themselves?

Exactly. Are you prepared for that?
It's so hard to predict. Things are coming out everyday, I mean I've been in the industry for so long and I didn't see coming half of things that are now here. You literally never know, so I try to stay authentic within myself. VR is so crazy to me. I didn't see it coming and now it's everywhere. People go crazy for it! I did it one time at this gala, I was like this is too much for me. Too real.

Is there anything that you're just not comfortable with sharing or that feels too personal to create content out of? Do you ever feel like you've given followers too much of yourself?
I feel like I got over my reservations about hiding things in my life. When I handed over all the footage to the film, I thought I want this film to be authentic and educational. I don't want to watch it and feel like I've held anything back. All I really hold back now are some things regarding my family and my relationship with my girlfriend Nat.

It must have been so surreal to have your sexuality and relationship make headlines, I remember the Daily Mail covered it-
Really? They did?

They did.
Wow. Things like that I want to keep personal obviously, because people can be mean and hold it against you. People can be crazy.

Fucking crazy. What do people consistently get wrong about you?
I find people definitely feel like they know me, on my Instagram and stuff like that, people think that my life is perfect and glamorous and I have no worries.

How does that manifest itself? Is it about misrepresenting yourself or becoming detached?
They'll comment like "it's so easy for you to pose in this hotel room" or "wear this" and say that "I'm perfect", but I only post things I want people to see, which is why I wanted the film to show the real me and the raw me. The ups and the downs and emotional turns. It can be frustrating, but people will say what they want to say. People that know me don't think that.

How often do you feel pressured to address a misconception like that?
Usually I won't respond, I mean if you say something to me in person that's different, but haters need love so I don't pay them any mind. On Twitter I'll say something if I feel I have to, but if it's it's name calling and swearing and something totally left-field I'll laugh at it like "wow this person is mentally unstable!" You have to take everything with a grain of salt, like if I sat and went through every single hate comment I would not be a happy person.

I can imagine you were a huge fish back home in Toronto, what's the LA transition been like?
It's very different from where I come from, in LA it's the entertainment industry all the time. Everyone wants to be famous, everyone wants to be a model or an actor. I have to travel because there's only so much I can take.

I imagine it's kind of like a treadmill in terms of visibility, presenting this image that you always have a project on the go and you're in with the right people. Especially on social media with follow counts and who you're tagged in the same photo with.
Treadmill is the perfect way to put it, it's so easy to get caught up in it. You have to find a family that will love you and stick by you. You can get so consumed by that and at the end of the day you don't even have any real friends. I'd rather have people around me that care about me, rather than trying to build my following or collab with people that I don't want to know. That's the Canadian in me.

It gets very disingenuous huh.
Exactly, you can only do it for so long, I don't know how people live like that.

You have the luxury now of not worrying about it though, surely, you've built the following, you're a celebrity in your own right. You've made it. Can you see yourself branching away from YouTube?
Not anytime soon, I love it. I definitely want to stick with it, it's only growing. I think it's beautiful.

Watch Gigi Gorgeous: This is Everything here.
Image via Albert Sanchez.