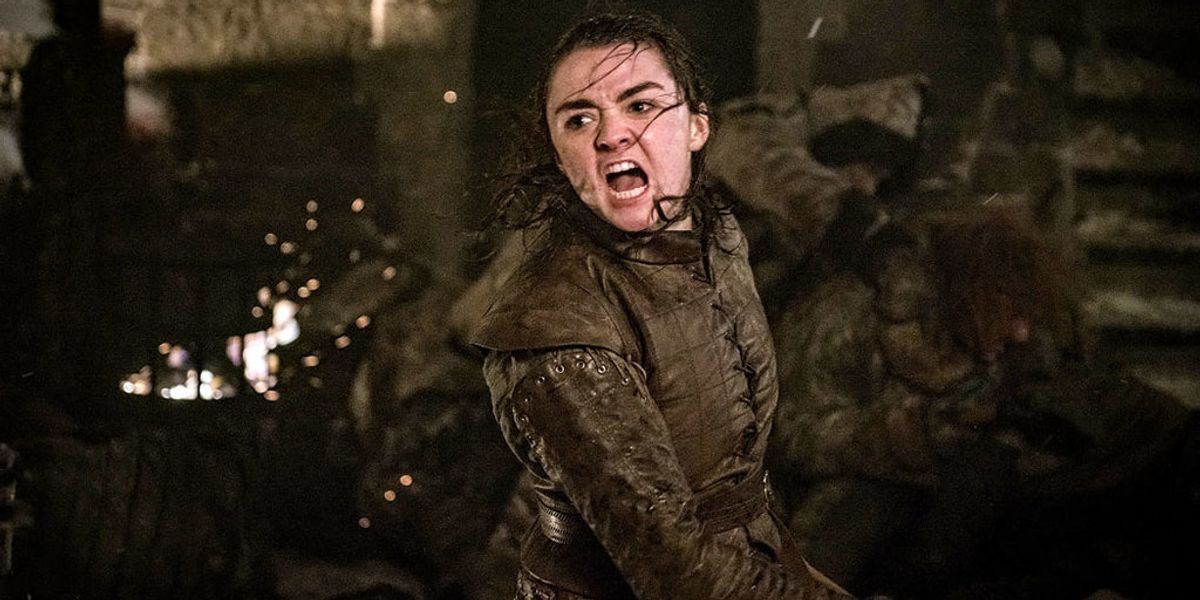 I love Game of Thrones, and I very much enjoyed last night's episode… what I could see of it anyway. However it must be said: more people should've died. This was the Battle of Winterfell. We've been waiting and preparing for this for what feels like my entire lifetime. Yes, there were heartbreaking deaths, there were also some "oh that kind of sucks" deaths. But out of respect for the Night King, there should have been more devastation. The Night King didn't work that hard for that long to just take out a child, Daenerys' side piece, and Reek. So in honor of the dimly lit battle that took more than a month to film, here are all the characters who died and all the characters who should've died.

Pour One Out For:

What was left of Khal Drogo's unstoppable force went quiet into the great night. That's being generous, they went out like bitches. Maybe they fought hard, who's to know? We didn't see any of it. It's a shame because knowing what we know about the Dothraki, I feel like they could've done some real damage had they not been wasted in the first 12 seconds of battle. Khal Drogo is probably screaming in his grave.

Of all the times Theon should've run away! Jokes aside, Theon's death and subsequent redemption arc felt right. This was his place to die, I don't see much use for him in King's Landing. Bran knew it was coming, the audience knew it was coming, and Theon must've known it was coming when they gave him a bow and 10 arrows to defend Bran from death incarnate. He got what he ultimately always wanted, to be known as a good man. A brave man who is not a coward.

Let Ser Jorah be a lesson to all side hoes. He died the way he lived, defending the woman he loved who only kind of liked him back. After being dropped by Drogon who was understandably done with all of this shit, Dany was left alone and looked very out of touch in what looked like a white Balmain F/W double breasted fur lined jacket. Of course with no weapon or any discernible combat skills, she was slated to last about 0.2 seconds on the battlefield when Ser Jorah did that Ser Jorah thing of being willing to die for Daenerys. Then he died for Daenerys, which I guess is the only way he would've wanted to go.

Say what you will about the Red Woman, but she did not come to play. She came to help and then… walk off and die. She had the most important job of doing what the editors and crew failed and/or refused to do: providing the light. She lit the Dothraki swords, which they probably loved so at least they died with shiny new toys. She then set the perimeter wall on fire which allowed us and Daenerys (who was flying blindly through the sky) to actual see what the fuck was going on. After her gift of light, Melisandre proved useful in giving Arya a sideline pep talk in the form of reminding her of the prophecy which basically detailed that she was to kill the Night King. It's important to point out the Melisandre wasn't killed she just…took her magical necklace off and withered away. Died on her own terms. Like a bad bitch.

Lady Lyanna Mormont, The Lady of Bear Island and the head of House Mormont of Bear Island died killing a fucking giant. There isn't much to say about her death other than it was extremely badass and extremely sad. I guess one could take comfort in the fact that her death was what she would've wanted, protecting the people of the North, but I refuse. I will take comfort in the amount of Lyannas, Aryas, and Briennes that will be in the kindergarten classes in a few years.

I'll say it. I miss the Night King. There's just something about him. His silence, his blue eyes, his bloodlust. I hope to find a man as quiet as him. His death does mean the end of the Northern threat. Which is great.

Honorable mentions: the thousands of unsullied soldiers, the idiot citizens who thought the crypt would be safe, the night dragon and also the other dragon (the one that's not Drogon), and the White Walkers.

People Who Should Have Died:

After the dust cleared and White Walker army crumbled, a lot of people at home were left with a collective, "That's it?" The North won, yay, but with so few major characters dead it just doesn't seem real. The Night King prepared for this night for thousands of years, both he and the audience deserved bigger deaths. Here's who should've died last night:

Look, Jaime was an excellent soldier… in his prime. It would've been noble for him to die defying his sister and defending the North. I also would have accepted a death defending Brienne, but honestly she wouldn't need it. Alas, the one handed knight lives on to go probably die in King's Landing.

It's not that I wanted him to die but, he could have. Not much would've changed.

For a minute there it looked he was going to die. His character made a big promise to whisk Missandei away after the battle, and being so sure that you're not going to die is usually punished with death. No matter, he's received his golden ticket to Hollywood (King's Landing), and I wish him the best.

Lord Varys, Missandei, Anyone in the Crypt Besides Tyrion and Sansa

I love Samwell but he spent most of the battle panicking and crying. Which I would definitely do too but, I didn't have to fight.

Okay, maybe Jon should not have died, which is why he didn't. He needs more time to panic about all the authority he doesn't want. He's included in this list mostly because I hate watching that boy fight. He never really has a plan. Right before Arya saves the world and slays the Night King, Jon was just screaming at the Night Dragon. Either he gave up or he needed to let out some frustration but what the fuck is that? He just really stresses me out sometimes.

So that was the Long Night. I can't possibly conclude this without mentioning that girls saved the world. Brienne fought the White Walkers while also keeping herself and Jaime alive, Lyanna killed a giant, Melisandre lit the place up, and we even caught a glimpse of Sansa in the crypt with a knife, ready to go out fighting. Of course the major moment of the episode and possibly the entire show was Arya slaying the Night King and saving the whole of humanity. Arya really is that bitch. So now there are no more White Walkers to fear. Despite the few deaths (and non-deaths) fans can rejoice in the outcome of the Battle of Winterfell. Not for too long of course. I fear Cersei will be harder to defeat than the King of Death.