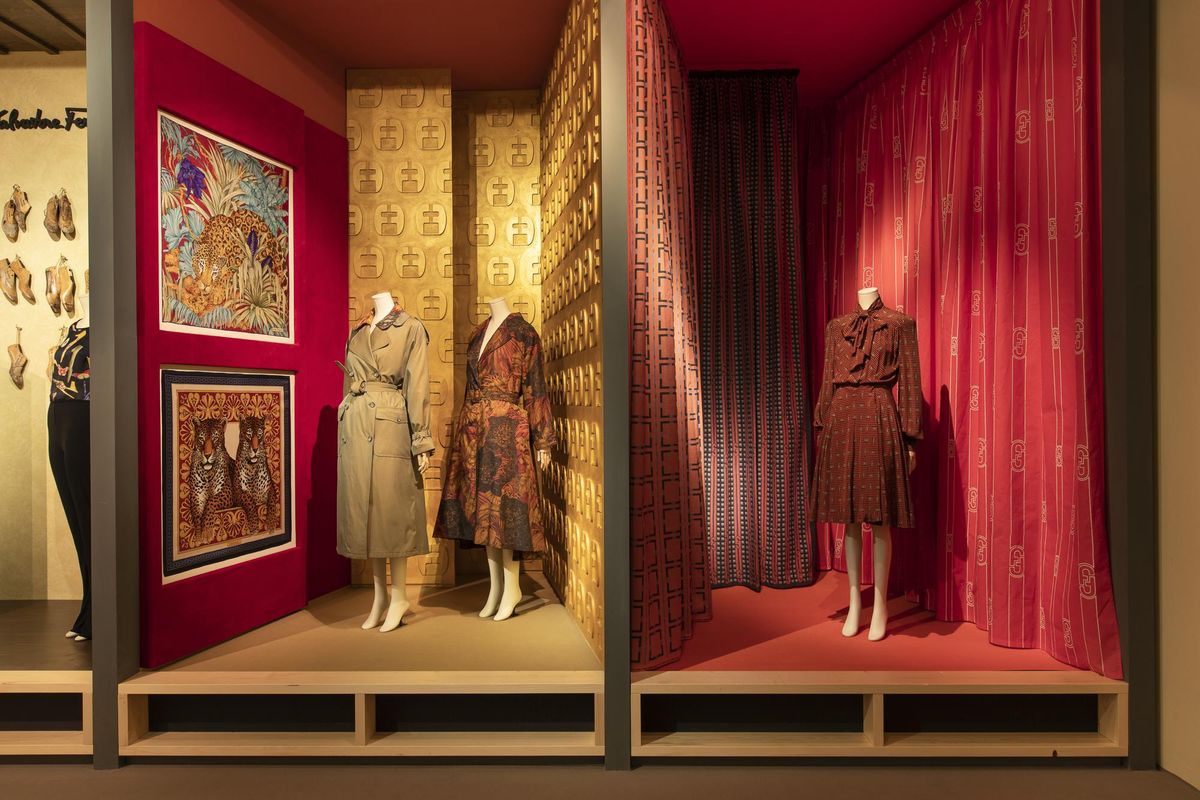 The advent of designer silk scarves can be traced back to pop-culture icons like Audrey Hepburn and Bridgette Bardot, who wore the dainty styles frequently and tied them in many different ways. The accessory's appeal lied not only in its versatility but in its visibility as a status symbol.

At Salvatore Ferragamo, the Florentine house known for their pristine footwear, silk scarves are another integral component of the brand's history. Though first introduced by the brand's namesake founder in the late '50s, it wasn't until his daughter Fulvia Ferragamo joined the company in the '70s that the category became a global success thanks to her continued production of silk prints.

The silk scarves, which often incorporated elements of nature and landscapes of jungles and savannahs, are also the subject of a new exhibition at the Museo Salvatore Ferragamo in Florence. Curated by Judith Clark and Stefania Ricci, the exhibit celebrates Fulvia's creativity in the field of silk (she passed away in 2018). Her team in Milan is continuing the skills and traditions passed onto them by her expertise in silk textiles, which includes ties and neck scarves.

"This exhibition aims to illustrate the long creative process behind these silk prints, in which extraordinary creative intuition and industrial artisan excellence form a perfect union," the company said in a press release. "It tells this story by drawing on the abundant archives of Salvatore Ferragamo, an Italian fashion company that made silk accessories, silk scarves and ties one of the most iconic elements of its signature style."

The "SILK" exhibit is available to view now at Ferragamo.com.