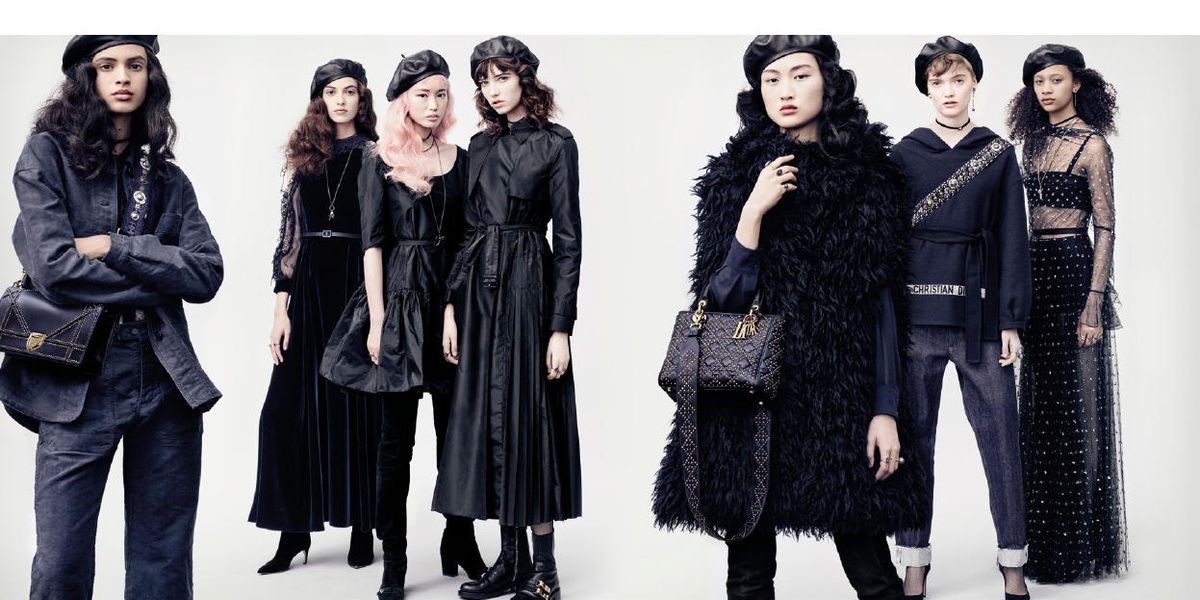 While fashion has forever been, and for the most part continues to be, overwhelmingly white, we are slowly making moves to rewrite the narrative — one model of color at a time.

Those pushing for different races on the catwalk are seeing great results — the Spring 2017 runways were the most diverse fashion has seen — and now it seems brands' marketing teams are similarly learning their clothes don't only appeal to white men and women alone. In fact, according to The Fashion Spot, Fall 2017's campaigns surpassed runways for the most people of color included in the advertising.

Diversity in fashion advertising clocked in at 30.4 percent, an improvement over Spring 2017, which saw only 24.5 percent women of color. There were also the most transgender models included this season, according to the outlet, but of the world's top seven models, only Adwoa Aboah was non-white. Plus-size representation took its lowest dip in the last two years, with only 10 featured in major campaigns (2016 included 14 and 2015 saw 11 curvy models appear in advertising.)

Let's keep this mix-up momentum going, alright guys? Head over to The Fashion Spot to read the full report.