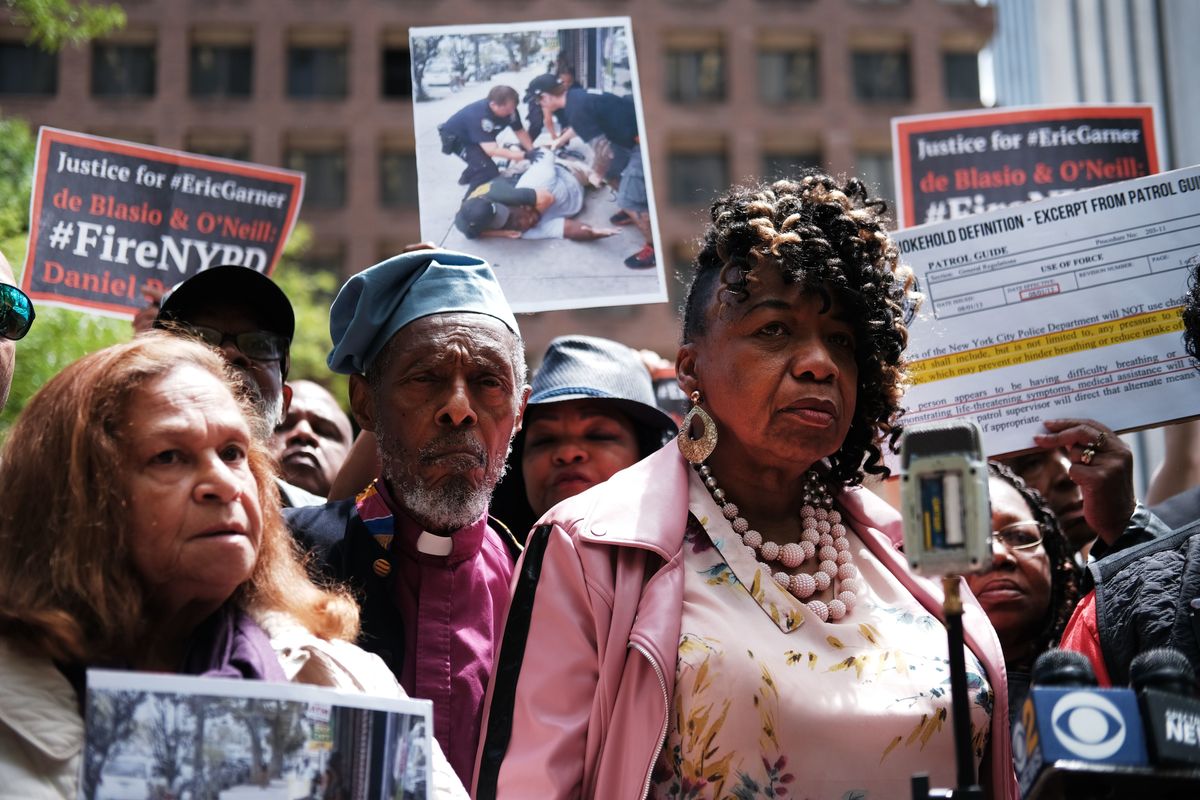 Five years after "I can't breathe," and the police officer who illegally placed Eric Garner in a choke hold has walked away from federal charges. With one day to spare before the incident's statute of limitations expires, the Justice Department has ruled there's "insufficient evidence to prove beyond a reasonable doubt" that Officer Daniel Pantaleo violated federal civil rights law while attempting to arrest Garner in 2014.

Attorney General William Barr made the decision not to charge Pantaleo himself, according to Richard P. Donoghue, the US attorney for the Eastern District of New York, who explained further that the Justice Department had "evaluated Officer Pantaleo's actions in light of his training and experience, Mr. Garner's size and weight and actions to resist arrest in the duration and escalating nature of the interaction." Donoghue emphasized that Pantaleo and his fellow officers were making "split second decisions" under "tense" and "stressful" conditions that were "escalating." When the incident occurred, Garner was being put under arrest by Pantaleo under suspicion of selling loose cigarettes.

Related | What Will it Take to Stop the Killings of Black Trans Women?

For Garner's family and friends, as well as the many supporters and activists who make up the Black Lives Matter movement, maintain that Pantaleo should be — at the very least — fired from the NYPD. His job is technically under review, following a disciplinary trial that ended last month, but safe for now.

"The Department of Justice has failed us," Garner's mother, Gwen Carr, told reporters after the decision not to charge Pantaleo was announced. "Five years ago, my son said 'I can't breathe' 11 times. Today we can't breathe because they have let us down."

She added that the fight against police brutality would nonetheless continue: "We're not going away, so you can forget that."