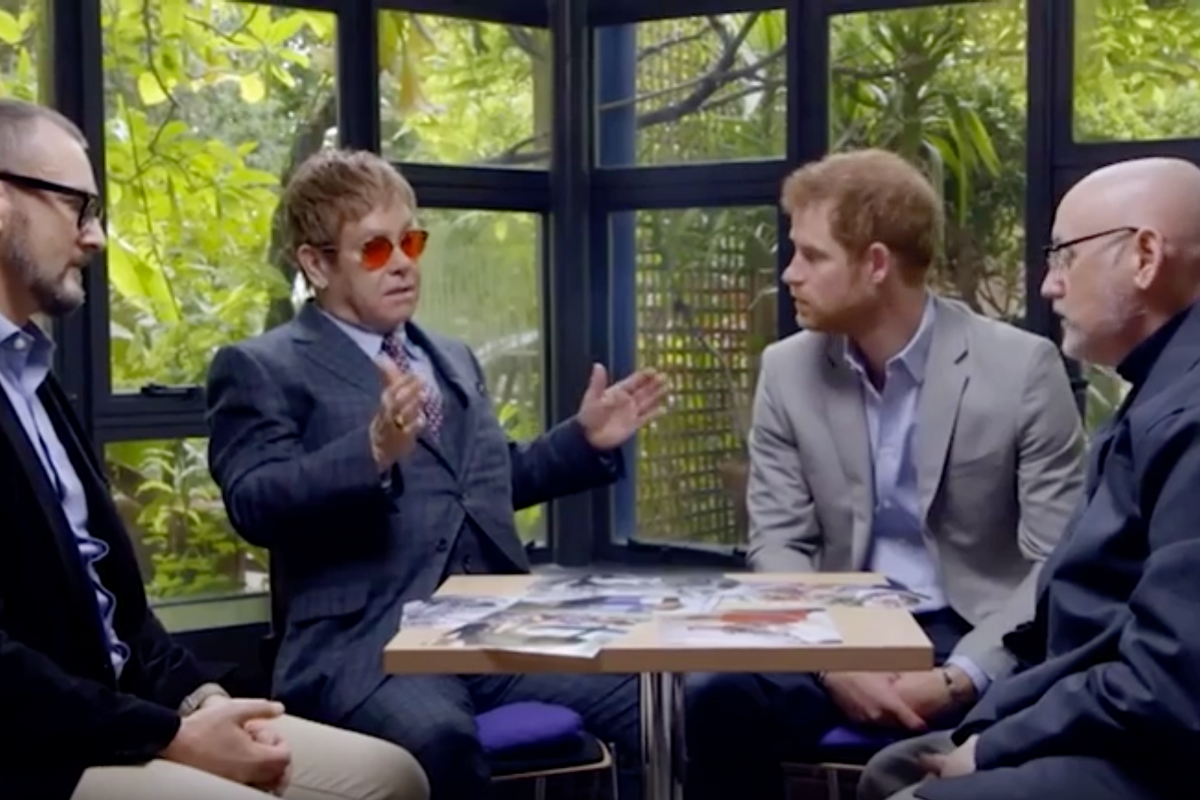 During her time in this world, Princess Diana carried herself with grace, dignity, and acceptance for all, so it's no surprise to hear that her kindness also extended to the LGBT community, especially at a time where the AIDS crisis was at its peak. Elton John sat down with Prince Harry to talk about his mom's work and relationship with gay people, and how he considered it a gift.

“[AIDS] was considered to be a gay disease," Sir Elton said. “And for someone who was within the Royal Family, and who was a woman, and who was straight — to have someone care from the other side was an incredible gift." Princess Diana stepped up at a time where the gay community needed support most, and her efforts have not been forgotten. “I haven't experienced many people in my life who have that ability, but she could walk into a room of people and make them feel that everything was great."

The chat took place at a daycare center for people who live with AIDS in London, adding a special purpose to the proceedings, and was filmed for the new documentary Diana Our Mother: Her Life and Legacy. Watch a clip from Elton and Harry's chat below.