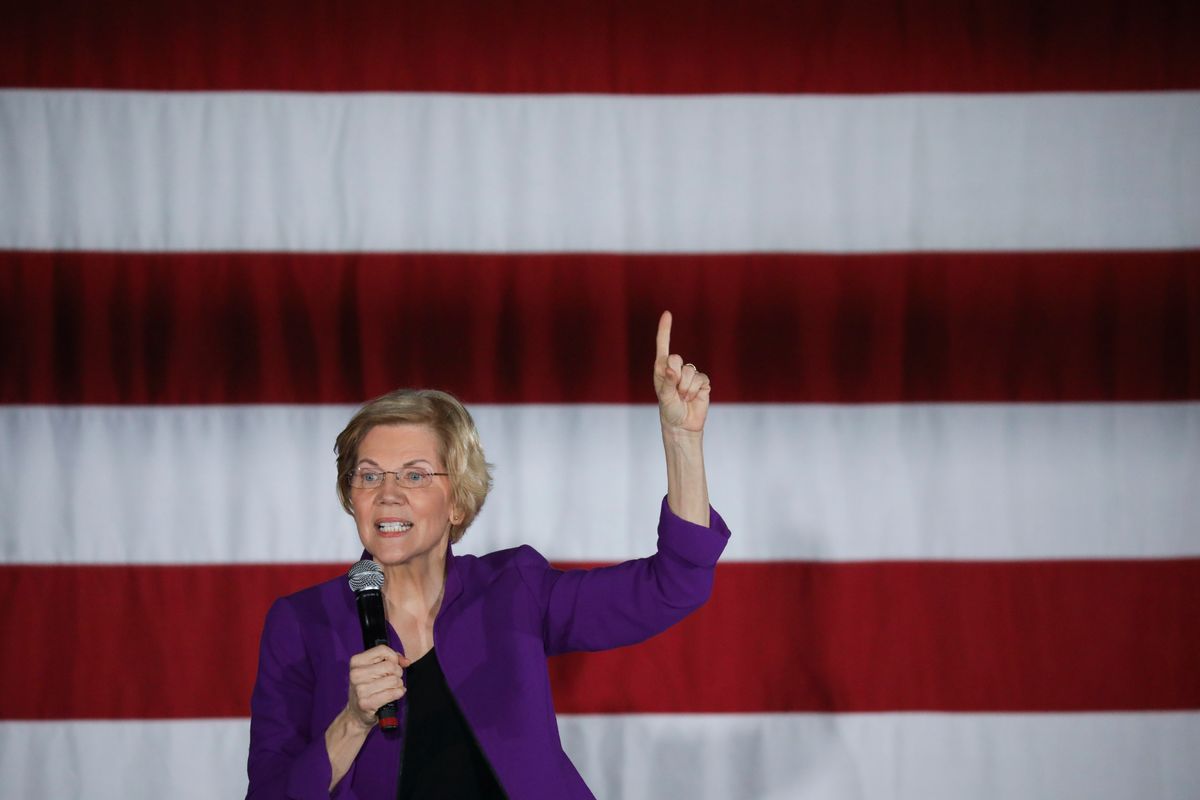 Senator Elizabeth Warren of Massachusetts has proposed a plan to tackle one of the most pressing issues facing young Americans: crushing student loan debt. The higher education plan is the latest policy she's unveiled throughout her presidential run, and it's ambitious: $1.25 trillion to change higher education by canceling most student debt and eliminating tuition at every public college in the country.

The plan would be paid for with revenue generated by another proposed idea: an increase in taxes on the wealthiest families and corporations in America. Her campaign estimates this tax would create $2.75 trillion in revenue over 10 years that could be used to eliminate up to $50,000 in student loan debt for every person with a household income of less than $100,000 (most student loan debt is held by the federal government). Those who make up to $250,000 would have a portion of their debt forgiven. Were this plan to go into place, Warren's campaign estimates it would affect more than 42 million Americans and eliminate all student loan debt for more than 75 percent of loan borrowers.

"This touches people's lives," Warren told the New York Times. "This is a chance to talk about what's broken and how we fix it. This is the American dream."

Bernie Sanders is largely credited with first bringing the idea of free college to the national stage during his 2016 presidential run. Warren's plan takes the free tuition notion a step further by creating a solution for the student loan debt that has become such an issue the Democratic primary candidates will likely all be pushed to address it. Her higher education plan includes other proposals, per the NYT:

Ms. Warren's policy would also prohibit colleges from considering citizenship status and criminal history in admission decisions, cut off federal money from for-profit colleges, and require an "annual equity audit" for public colleges that would identify "shortfalls in enrollment and completion rates for lower-income students and students of color."

The plan has caught attention on Twitter, and has already resonated with young voters. She also wrote a literal Game of Thrones thinkpiece for The Cut this morning, so her plan to connect with the youth is certainly off to a running start.